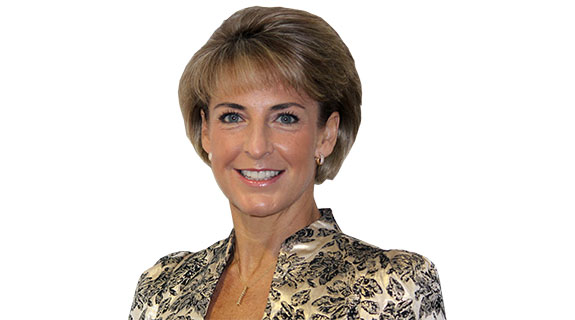 Michaelia Cash's twitter Klout score has risen 7 points to 61 in the past year.

Politicians are yielding more influence online than business people, according to the latest BNiQ research.

The top three most influential people online in Western Australia are all national politicians, with Finance Minister Mathias Cormann heading the group with a Klout score of 79, followed by Foreign Minister Julie Bishop and Greens Senator Scott Ludlam, who both scored 68.

Klout is a free web service that calculates influence online, as measured by the number of retweets, comments, views and ‘engagements’ that result across a certain person’s various social media platforms.

Whereas a social media novice might score less than 20, they can range up to 100, with US President Barack Obama on an almost perfect score of 99, Justin Bieber on 93 and Richard Branson 90. The average (for those who have a score) is 40. 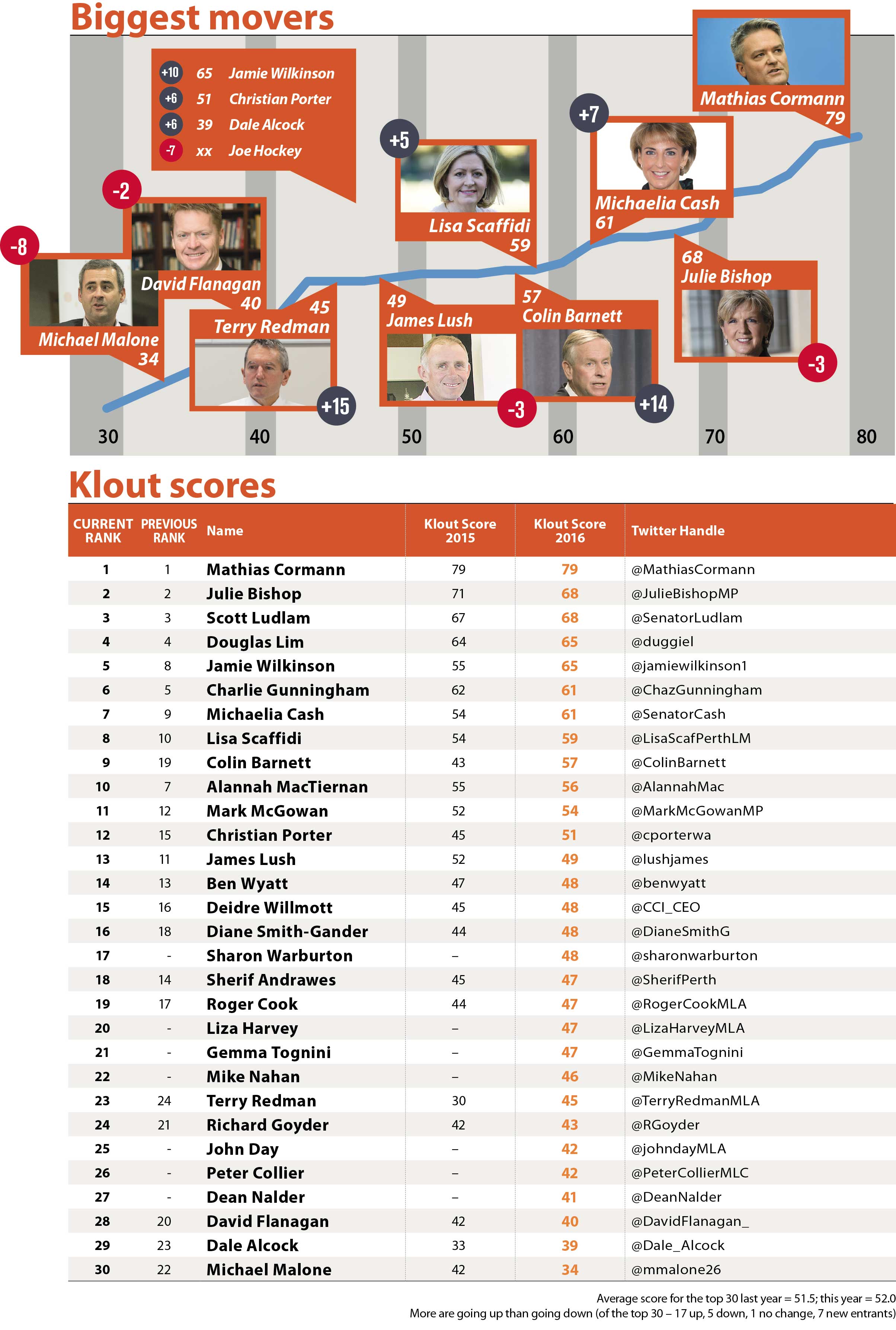 To find out your own score, simply add your Twitter address (the bit that is after www.twitter.com/) to www.klout.com/ and see what it comes up with. Your score accumulates over time depending on hundreds of signals from various social media channels you use. The score tries to measure the quality of the engagement, not the quantity. For example, 100 retweets from 10 tweets is worth more than 100 retweets from 1,000 tweets.

The watermark score for lesser mortals seems to be 50, above which you are recognised as a good performer online whose posts are watched and engaged with, and passed on.

A dozen of those on our list have scores above 50, and most of them are politicians, with Senator Michaelia Cash, Perth Lord Mayor Lisa Scaffidi, Premier Colin Barnett and outgoing Perth federal MP Alannah MacTiernan among them. State Labor leader Mark McGowan slides in with a 54.

Jamie Wilkinson, the digital strategist from local PR company Cannings Purple, is the equal highest non-politician in the list, having raised his Klout score 10 points to 65 since last year. Rising Stars winner from 2013, Douglas Lim from Alyka, also has raised his score to 65. Both make their business in the online sphere, so you would expect them to score well. If you score over 63, you are in the top 5 per cent of all users.

As with many things, if you calmly persist with social media it starts to work for you. Leave social media for a while and, like stock prices for an unfashionable industrial, your Klout score will tend to slide.

It is understandable that our local politicians are getting more of the action online than local business people. It is rare to see a CEO run an active Twitter account, or have anything more than a rudimentary Linkedin account (sometimes without even a photo). Still fewer run their own blogs. Your average politician – especially on the national stage – will affect a wider circle of the general populace, and sometimes the ‘Twitterati’ can become highly engaged. A CEO might want to make less of a splash.

The exceptions to this include Chamber of Commerce and Industry of WA CEO Deidre Willmott, Broadspectrum (formerly Transfield) chair Diane Smith-Gander, and company director Sharon Warburton, who are very active on Twitter and have a Klout score of 48.

Although not a perfect measure by any means (many commentators have denounced the Klout score as meaningless and easy to fix), the measure of your influence online is also a predictor of how useful your online activities are, and your ability to move people to act – such as to ‘like’ your brand, share your story and ultimately buy your products. Ignore this at your peril, because in this increasingly connected world, how effectively you engage online can have real offline results.