The Liberals’ alliance with the Nationals is increasingly fraying at the edges, as the junior partner asserts its will. 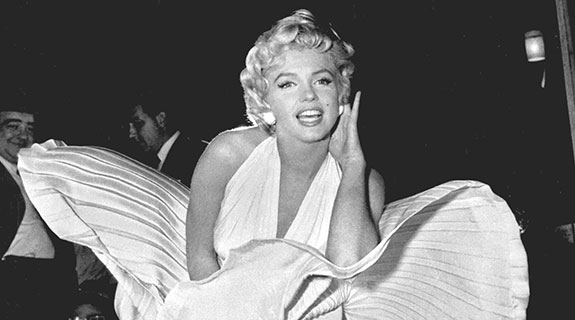 SHOW STOPPER: Marilyn Monroe was a tempting distraction to her neighbour in ‘The Seven Year Itch’, but despite their disagreements the Liberal-Nationals marriage are likely to stick it out.

Many readers will remember the 1955 American romantic comedy ‘The Seven Year Itch’ starring Marilyn Monroe; it was about a marriage, started with blind love, that had, after seven years, become somewhat humdrum.

While the origins of the phrase may have pre-dated the 1952 play by George Axelrod that inspired the Monroe movie, the idea caught on in popular culture, particularly among young married couples, and passing the seven-year ‘hurdle’ became quite an achievement.

It’s a bit like Western Australia’s governing Liberal-National alliance, which was formed seven years ago. After an initial burst of enthusiasm, there are increasing signs of wear and tear.

Despite a ‘pre nuptial’ agreement, which wasn’t even dreamed of by couples in the 1950s, the Liberals and Nationals seem to be increasingly drifting apart.

The initial agreement, between Colin Barnett and then Nationals leader Brendon Grylls, broke new ground in providing the Nationals, very much the junior partner, more autonomy than ever before. Unlike in previous coalitions, the three Nationals cabinet ministers are able to withdraw from debate on issues they oppose.

They also reserve the right to oppose cabinet decisions when legislation comes to the parliament. And joint party meetings when in government were dropped.

The Nationals had great bargaining power back then. And they used it. Labor premier Alan Carpenter's disastrous early election decision meant that neither Labor nor the Liberals had enough seats to govern in their own right. They needed the Nationals, and the Nationals also needed a strong endorsement of their Royalties for Regions policy. The Liberal-Nationals alliance resulted.

Mr Barnett quickly found his government frustrated on a number of fronts. The Nationals blocked moves to extend retail trading hours in the metropolitan area, on the guise of protecting rural producers. Tough law and order measures were also blocked.

But it is in more recent times, the seventh year, in which the differences have become more marked. It has been a long time since a Nationals leader has so openly defied a Liberal premier, as Terry Redman did over the BHP Billiton fly-in, fly-out village at Newman.

The company wants to cut the village’s 1,600 beds to 1,200. Mr Redman, as the regional development minister, wants only 600 beds, with the remaining workers moving into vacant accommodation in the town of Newman. Such a move would be, naturally, popular with local small businesses, which believe they miss out under the current set up.

Mr Barnett says that, under successive state agreements, the company (which built a big section of what was initially a ‘company’ town) is entitled to get its way. He also says there is sovereign risk involved.

Complicating the issue is that Newman lies in the seat of Pilbara, which the Nationals (courtesy of former leader Mr Grylls) now hold for the first time. Are the Nationals aiming to feather their own nest? Lurking is the possibility that Mr Grylls might decamp to contest Durack at next year’s federal election.

A victory over the premier would do Mr Grylls’ stocks no harm at all. It would also help its candidate in a resulting state by-election.

But it’s not just the Fifo camp that’s causing the split; it would seem the Nationals now have a head of steam. They object to the legislation paving the way for the introduction of a toll for heavy trucks on the proposed Perth Freight Link extensions.

Transport Minister Dean Nalder says applying tolls beyond the freight link would be political suicide. But the reality is you can never be sure what the mood might be in five or 10 years’ time. Caution is often wise, and the Nationals don’t want grain trucks to be the next target.

So how will the row over the Pilbara camp be resolved? Former premier Sir Charles Court would have read the riot act, as he did in the mid 1970s in a row over milk quotas that threatened to split the coalition. Peace was restored but the junior partner lost the deputy premiership. That post is now held by Kim Hames and the Liberals.

It seems one side will have to back down, unless the company comes up with an acceptable compromise. Mr Barnett says the new agreement will be signed by the end of the year.

How far this brinkmanship will run is hard to assess. Splitting the government is in nobody’s best interests, the Labor Party excepted.

In the movie, Ms Monroe was the extra marital interest, and therefore a significant distraction. And that interest was heightened by the famous scene of her billowing white dress while she stood over a New York subway grate. But it must be noted there’s no comparable temptation in the current scenario.

The premier can be a hard man to shift. But politics is the art of the possible. There could even be some horse trading, and counselling, to get the Liberal-Nationals relationship back on track for their eighth anniversary. After all, 2016 is a pre-election year. That’s the reality.