A coalition win on Saturday will bring added responsibilities for a quartet of WA Liberals, but what it means for Colin Barnett down the track is another matter. 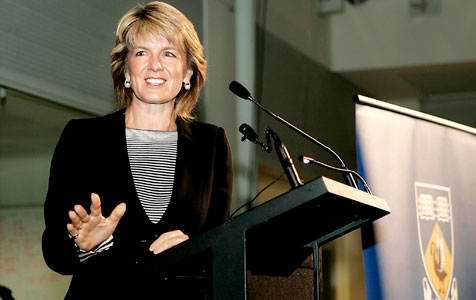 A coalition win on Saturday will bring added responsibilities for a quartet of WA Liberals, but what it means for Colin Barnett down the track is another matter.

Despite losing narrowly three years ago, Mr Abbott has kept to a disciplined strategy to magnify the Labor government’s weaknesses, enabling him to see off two prime ministers.

It must be stated that Labor’s unprecedented decision to dump Kevin Rudd in 2010, shortly before an election was due, was significantly influenced by the attitude of a big proportion of his caucus colleagues. Many overlooked his role in the 2007 victory, in which he despatched John Howard’s coalition government.

But Mr Abbott also wore down Julia Gillard, and the electorate stopped listening to her earlier this year. No matter how hard she tried to claw her way back, she made no impression.

That’s why I wrote in Political Perspective on June 13 that the only way Labor could get back into the race was to go back to Mr Rudd and help ensure that the campaign became a contest of ideas. The strategy worked briefly, but then ran out of steam.

In all likelihood the coalition will prevail on Saturday and there will be a changing of the political guard.

As deputy, Ms Bishop will select her own portfolio; and there is no doubt that she will take the foreign affairs role, which she has coveted for several years. Coincidentally she will be the second Western Australian to hold the job in recent times, following Labor’s Stephen Smith (2007-10).

Mr Smith helped generate a higher profile for WA while in the ministry. Visits by two US secretaries of state – Condoleezza Rice and Hillary Clinton – and a Commonwealth Heads of Government Meeting, were valuable in raising Perth’s international status. Ms Bishop will be expected to follow suit.

Senator Johnston is tipped for the defence portfolio, which he has represented in opposition. The former Kalgoorlie lawyer has performed creditably in the role while in opposition. Again, he would follow in Mr Smith’s footsteps.

Stirling MP Michael Keenan has had responsibility for justice, customs and border protection. He should retain these roles, especially given the state’s exposure to asylum seeker vessels. Former senator Chris Ellison had a similar job in the Howard ministry.

Senator Cormann had been suggested as minister for energy and resources, to replace Labor’s Gary Gray. But Ian Macfarlane is now expected to retain that role. Senator Cormann is more likely to hold on to his current area assisting the treasurer and taking responsibility for financial services and superannuation.

Two other Liberal MPs in line for parliamentary secretary roles are the member for Canning, Don Randall (local government), and Senator Michaelia Cash, in immigration.

Among the many challenges for leaders after a significant election win is managing the newcomers, most bristling with ambition. This time they include the former state attorney-general, Christian Porter, who replaces Judy Moylan in Pearce.

Mr Porter became WA’s top law officer with the election of Colin Barnett’s government in 2008. He was given added responsibility as treasurer after one of Troy Buswell’s indiscretions, and was considered a future state leader until deciding to switch to the federal arena.

Mr Porter will have to cool his heels for several years before he can hope to crack a ministerial post. That is, unless the unforeseen occurs; that’s when he must be ready to jump for senior honours.

The swing towards the coalition federally would normally be seen as a positive development for state coalition governments; but there is a trap, of which Mr Barnett would be well aware.

Federal government decisions that pander to east coast electorates don’t automatically go down well in the west. Take for example assistance to the car industry, which might save jobs but also push up prices. Or decisions on grain marketing, which aren’t necessarily in the best interests of WA, the nation’s biggest grain-producing state.

And there are the inevitable centralist tendencies once MPs get to Canberra and fall under the spell of the Commonwealth Public Servic,e which believes it is superior to the various state bureaucracies.

It was relatively easy for Mr Barnett to hold the line against any federal Labor push to increase Canberra’s influence in state-run hospitals and schools, but he won’t get a dream run from Mr Abbott who has already flagged there will be no federal money for the proposed airport rail extension or new light rail links across the city.

The risk is that unpopular coalition decisions in Canberra can rub off on state coalition colleagues. That could put Mr Barnett and the four likely new ministers from WA at odds. After the ‘honeymoon’, of course.