Podium Minerals is aiming to become the first platinum mining operator in Australia when it lists on the ASX in February. The Perth-based explorer is looking to raise $6.6million for infill drilling and extended exploration campaigns to define a platinum-palladium resource at the Weld Range Complex in Western Australia. The company also has a number of strong potentially nickel and copper conductors at the project. 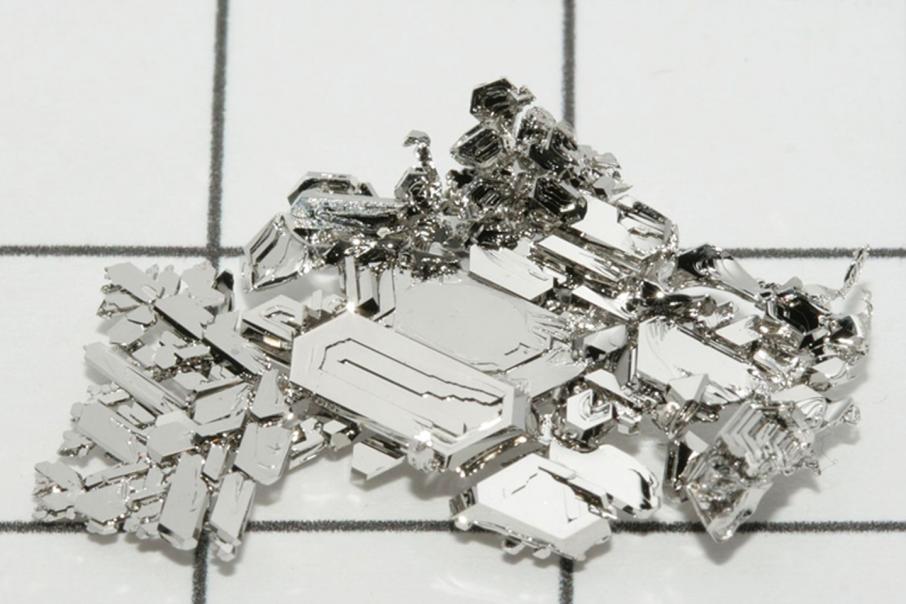 Perth-based exploration company Podium Minerals is aiming to expedite the development of its very interesting looking, shallow, Parks Reef platinum group prospect at the Weld Range project in W.A by listing on the ASX next month.

Whilst the presence of both platinum and palladium with gold credits gives Podium its point of difference, the company’s Weld Range Complex project also appears to be well endowed with nickel and copper sulphides, opening up the possibility of a multi-mineral geological system headlined by the hard to find platinum group elements.

Platinum is an extremely rare mineral that is often produced as a bi-product of nickel and copper mining. Its principal use is for emissions friendly exhaust pipes for modern cars known as catalytic converters. It is also used to make jewellery and some electrical components such as computer hard drives.

It is so rare that world wide production is only in the hundreds of tonnes a year rather than millions of tonnes, as is the case with so many other minerals.

Palladium is equally rare and has many of the same uses as Platinum.

The company’s prospectus also contains an offer of six million shares and three million attaching options to AssetOwl for the acquisition of the early stage Highlander Gold Prospect in the Northern Territory that boasts some promising surface gold results.

Asset owl will distribute the Podium shares paid for Highlander “in-specie” directly to their own shareholders, providing an instant influx of new shareholders to the Podium register.

768m of costeans were dug by previous operators at Highlander with anomalous gold discovered in all 6 trenches comprising the 768m of workings.

Podium said a successful listing and rights offer will give it a market cap of up to $19.75m and over $5m in cash, a portion of which will be used to test the Parks Reef prospect at Weld Range.

The Weld Range geological complex is located approximately 480km northeast of Geraldton, where historical drilling has identified a zone of pre-resource mineralisation 15km long and on average, 15m wide containing platinum and palladium with gold credits.

Previous contractors at Parks Reef drilled over 20,000m across 490 holes spaced 200m apart with an average vertical depth of only 42m. Post the company’s ASX-listing, Podium plans to spend up to $3.3m on two infill drilling campaigns of combined RC and diamond drilling for a total of 6,500m. This will test 4km of selected strike aimed at defining a sulphides based mineral resource below the oxide zone to a depth of 100-150m.

Podium’s portfolio of historical data from the Weld Range Complex is extensive and has been compiled from exploration activities carried out over the last 45 years. This includes detailed geological, geophysical and geochemical surveys, historic drilling, sampling, land sat imagery and aerial photographs. Drilling completed at Weld Range comprises 60,040m from 1,370 holes with an average depth of just 43.6m, from which 23,779 assays have been completed.

Following the listing, Podium will hold 18 tenements in Western Australia for which it will retain the sulphide mining rights, including platinum group metals, while transferring all oxide mining and exploration rights from its tenements to Ausinox, which recently changed its name to EV Metals.

According to Podium, some of these conductors may represent sulphides and coincide with elevated Nickel traces in surface geochemical sampling.

Mining consultants Snowden, said it had conjecturally derived an exploration target at the Parks Reef prospect within Podium’s Weld Range Complex of 25-55 million tonnes at 1.5-2 grams per tonne platinum, palladium and gold. The mineralisation is weighted towards platinum at 50%, followed by palladium at 45% and 5% gold.

Interestingly, Snowden said the Weld Range Complex had been displaced from its original vertical position and rotated onto its side and dissected by erosion.

Snowden said ‘Consequently, both the layered PGE-Cr reef zones in the upper reaches of the intrusion and potential Ni-Cu sulphide mineralisation towards the base of the intrusion can be concurrently explored,’

‘In 1990, geologists recognised gabbroic rocks in the upper levels of the Weld Range Complex allowing for model comparisons with other, well-studied ultramafic-mafic intrusive bodies, such as the Stillwater and Bushveld complexes. Weak copper mineralisation identified by BHP in the 1970s was revisited and vertical RAB drilling intersected significant supergene and primary PGE mineralisation within Parks Reef, occurring immediately below the gabbro contact within the underlying wehrlite zone,’

‘Extensive RAB, reverse circulation (RC) and diamond drilling was completed between 1990 and 1995 to examine supergene platinum-paladium-gold mineralisation. Very little attention was given to primary sulphide mineralisation, with 25 holes testing the Parks Reef below 40m depth, to a maximum depth of 200m. Other PGE metals were not routinely assayed for and no mineralogical or metallurgical test work was completed on Parks Reef sulphide zone samples. Evaluation activities were curtailed through the latter half of the 1990s.”

Around 80% of the world’s platinum group metals come from South Africa, however the industry in that country has been plagued by political and labour issues in recent years which boiled over in a strike at the Lonmin-owned Marikana mine in 2012, resulting in police shooting and killing 17 miners.

Western Australia is blessed with a rich cocktail of lucrative exotic minerals and Podium’s platinum-palladium play is another solid example of this.

With production of platinum group metals restricted to just a few countries and dominated by just one, Podium have a real chance of muscling their way into this lucrative market place.