Podium Minerals is set to pocket $2.4 million after finalising a deal with privateer, EV Metals Australia, for its nickel tenure north of the Parks Reef PGM deposit in WA. ASX-listed Podium, will peg a new mining lease to secure its position over the Parks Reef deposit, with EV Metals set to take ownership of the balance of the existing Weld Range tenure. 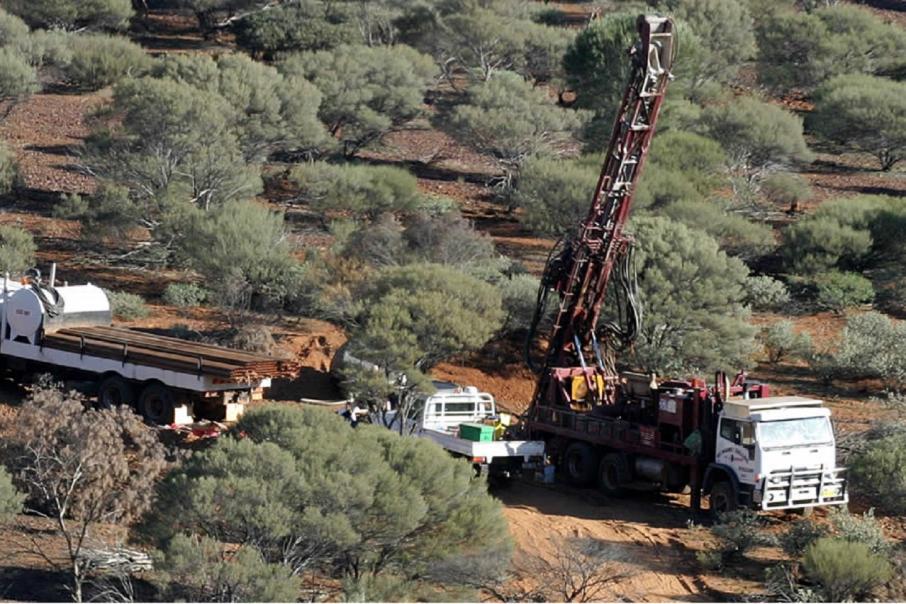 Podium Minerals is set to pocket a cool $2.4 million after finalising a deal with privateer, EV Metals Australia, for its nickel tenure north of  the Parks Reef PGM deposit in WA. Under the terms of the agreement a new mining tenement will be pegged over the Parks Reef deposit, securing Podiums position over the project whilst EV Metals is set to take ownership of the balance of the existing tenure on the Weld Range.

The new tenement structure ratifies a previous agreement between the two companies however, the new arrangement simplifies the ownership structure across the project. Previously, the split between EV Metals and Podium was determined based on specific commodities – the new structure is based on tenements.

The new deal provides Podium with security of tenure over the developing Parks Reef Platinum Group Metals, or “PGM” deposit in addition to providing a welcome cash boost to accelerate exploration.

“I am very pleased with the outcome of discussions that has resulted in the signing of the Agreement.”

“It allows full and clear autonomy for each party to pursue their respective project developments, while recognising residual common interests”.

“The revised structure will greatly simplify and strengthen the ownership of mineral rights for both companies by aligning the tenement ownership with the respective projects and resources already owned by each company.”

“As part of the transaction Podium will receive a two-tranche cash payment totalling $2.4m which provides further strengthening of the Company’s finances as it accelerates its growth strategy at Parks Reef. “

“The Agreement has, in effect, brought forward what was already contemplated in the Mining Rights Deed which currently governs the tenement relationship between the two companies.”

The company’s Parks Reef PGM project is located in Western Australia’s Weld Range, between the regional mining centres of Cue and Meekatharra in the state’s Murchison Mineral Field. The project area extends across more than 15km of strike hosting a PGM-rich ultramafic horizon which also returns potentially economic concentrations of gold and copper mineralisation.

Podium’s ongoing drilling program at Parks Reef has tested the mineralised stratigraphy along more than 8km of strike with the current resource boasting a rich endowment of PGM’s weighing in at 1.39 million ounces of combined platinum, palladium and gold with an additional 53,900 tonnes of contained copper. The company’s burgeoning Parks Reef resource lies within 100m of surface and shows key attributes that may lend the deposit to development via an open pit mining operation.

Immediately north of the Parks Reef deposit, a suite of intrusive ultramafic rocks in the Weld Range has been shown to host a sizable, near-surface, oxide nickel-chromium resource. These two metals are of increasing interest to battery manufacturers and the steel making industry, prompting EV Metals and Podium to simplify the ownership of the mineral rights in the region.

Under the terms of the new agreement, Podium will peg a new mining lease which covers the full extent of the Parks Reef stratigraphy, to which it will retain the mineral rights. The company will then transfer the ownership of the balance of the mining leases, around nine tenements in total, to EV Metals at no cost. It will also terminate the existing Mining Rights Deed which currently governs the ownership of the various minerals across the combined project area.

In return, EV Metals will pay Podium a total of $2.4 million in cash to compensate the company for any future interference it may cause in the exploration and development of the evolving nickel-chromium deposit.

The sum will be paid in two instalments, with $950,000 payable before the 31st of March 2021 and the balance of $1,450,000 to be paid prior to the 30th of September 2021. Both payments are subject to government approval being received for the grant and transfer of the various project leases.

Podium is now looking hot to trot, with a new mining tenement heading for approval and a welcome injection of cash likely to accelerate the company’s drilling and development program as it barrels into the new year.

Even the metal prices look to be smiling on Podium’s prospects with palladium being one of the strong performers of 2020, now trading at more than US$2,200 an ounce, whilst gold has recently climbed back to more than US$1,850 an ounce, hinting that 2021 might be yet another stellar year for both precious metals.