Podium Minerals has kicked off the new year on a high after diamond drill holes sunk just prior to Christmas were shown to have intersected a thick sequence of mineralisation at its Parks Reef platinum group elements project in the Mid West region of WA. The news provided a perfect start for incoming CEO Sam Rodda who took up the reins on 1 January. 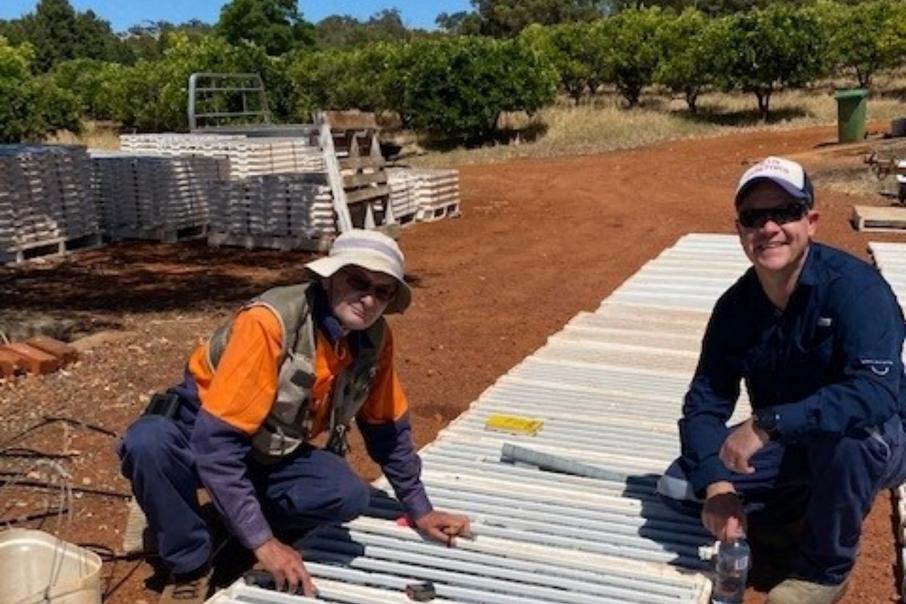 Podium Minerals has kicked off the new year on a high after diamond drill holes sunk just prior to Christmas were shown to have intersected a thick sequence of mineralisation at its Parks Reef platinum group elements, or “PGE” project in the Mid West region of Western Australia.

The first trading day of 2022 saw Podium shares up more than 15 per cent on the news, marking a good first day on the market for new CEO Sam Rodda who took the reins on the first of January.

Adding to what has been a busy start to the year, the budding WA-based explorer also confirmed contractor Resolve Mining Solutions would commence mining analysis work in a few weeks ahead of a scoping study on Parks Reef.

The Parks Reef PGE project contains a 15 kilometre mineralised strike with a curious mix of near surface PGE, gold and base metals located in the Mid-West Region of Western Australia.

Whilst Rodda only got his feet under the CEO’s desk on 1 January, Podium’s drilling team had just completed two of a three-hole deep diamond drilling program prior to Christmas to further test the 2.2-million-ounce combined resource at Parks Reef to a depth of 500 metres below surface.

The company said lithological logging and initial core observations of the two completed Stage 8 deep diamond drill holes indicated both holes had intersected sulphide-bearing stratigraphy of the layered intrusion, including the down dip continuation of the PGM Parks Reef.

Podium said visual analysis of the two holes suggests the geology of the interpreted reef zone is consistent with the near surface geology of Parks Reef, providing further confidence of mineralisation continuing to significant depth.

The core samples will now be dispatched to the laboratory to confirm the thickness and grade of the PGM mineralisation.

Podium Minerals Chief Executive Officer, Sam Rodda, said: “This drill programme has provided further confidence that we have yet to find the limits of the orebody at depth. We intend to pursue an aggressive exploration strategy aimed at growing our resource base and also testing our orebody for rhodium and iridium to include the full 5E PGM2 suite of minerals in future resource estimate updates”

The company added that the continuity of the steeply dipping orebody gives it greater confidence for planning future drilling and mining activities.

In addition to the appointment of Sam Rodda as CEO, Podium has also added Jason Whittle to its ranks as General Manager of Projects who will start in mid-January. The new hires back up the addition of Ms Hannah Hudson as Chief Financial Officer and Company Secretary with Hudson to oversee Podium’s healthy cash reserves, boosted by a recent $7.5m capital raise.

Podium is planning a significant increase in exploration activity this year with its initial priority being the completion of the remaining Stage 8 diamond hole before kicking off the Stage 9 drill programme of 2,600m of RC drilling.

The company said it will complete the 200m spaced drilling along the full strike of Parks Reef to infill gaps from earlier programmes including a supergene enriched zone near the surface. The plan then is to follow up with the Stage 10 drill programme comprising 9,400m of RC drilling designed to test the reef to sufficient depth aiming to generate an inferred resource for Parks Reef.

Historically, platinum and palladium’s most common usage has been in catalytic converters in petrol-driven cars. However, the company has an eye to the cars of tomorrow with PGEs increasingly being seen as part of the EV battery supply chain. Podium has been in discussions with EV Metals regarding a further extension of a Deed of Alignment of Mining Leases between the two companies which most recently lapsed on 31 December. Those discussions are ongoing.

With beefed up management, an accelerating exploration program on the white board and cash in the bank, Podium is well placed to add some serious meat on the bones of what could be a very interesting orebody and a pivotal 2022. 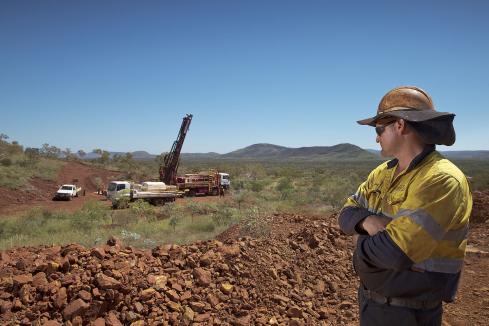