Podium Minerals continues to extend its Park Reef discovery in WA, with its maiden drilling program across the eastern extensions of the deposit returning a wealth of PGM mineralisation. Systematic drilling has delivered a bounty of precious metal intercepts including 12 metres at 2.56 grams per tonne 3PGMs from 33m and 21m at 1.47 g/t 3PGMs from 103m down-hole. 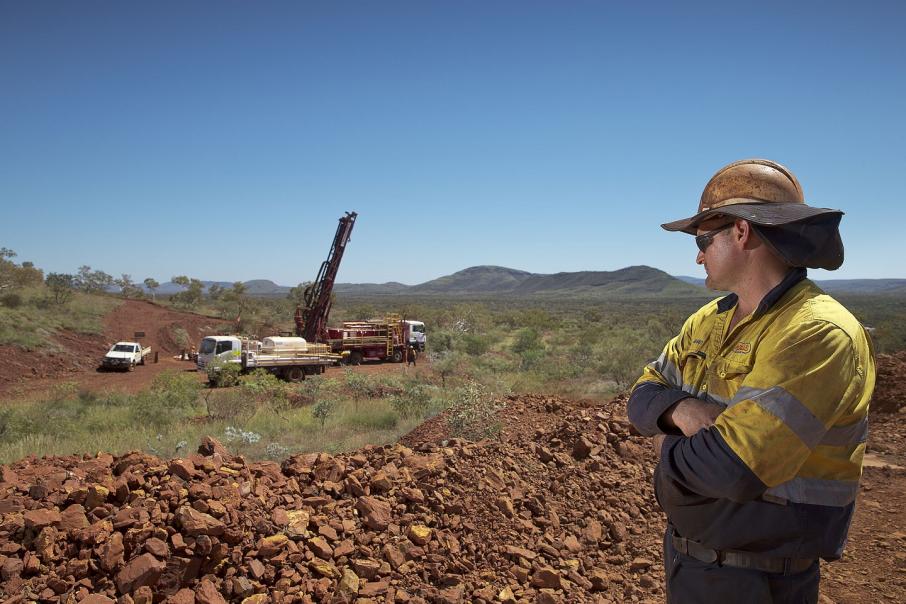 Podium Minerals continues to extend its Park Reef discovery in WA, with its maiden drilling program across the eastern extensions of the deposit returning a wealth of PGM mineralisation. Systematic drilling has delivered a bounty of precious metal intercepts including 12 metres at 2.56 grams per tonne 3PGMs from 33m and 21m at 1.47 g/t 3PGMs from 103m down-hole.

The company has released the results from the first fourteen drill holes of the ongoing 6,000m drilling program, with drilling showing an impressive hit rate. Eleven of the fourteen drill holes hosts mineralised intercepts of over 1 g/t 3PGMs. The remaining three holes show elevated gold assays in the bottom of the holes and appear not to have intersected the primary PGM horizon. These drill holes will be extended with diamond drilling as exploration is expanded across the resource area later in the year.

Podium is currently only reporting the combined content of three of the platinum group metals, or “PGMs”, at Parks Reef, namely platinum, palladium and gold. However, the presence of rhodium in the ores has been noted from previous sampling and with the specialty PGM now trading at an incredible US$20,000 per ounce, the high-value metal is likely to join the mix as exploration and development continues across the company’s evolving WA project.

Rhodium’s spot price has soared in recent years, up almost 3000 per cent in the last five years, with the metal increasingly finding a place in technology applications and more importantly, in vehicle exhaust systems to reduce greenhouse gas emissions. Conventional auto manufacturers consume around 85 per cent of global supply each year in their quest to comply with tightening regulations and emission standards, especially across the European Union.

South Africa currently dominates international rhodium production, delivering more than 80 per cent of the world’s requirements, with the presence of the specialty metal in Podium’s WA ore body representing an enticing opportunity for the company.

Exploration at Parks Reef has so far only tested the mineralised stratigraphy along 8.5km of strike, however the current resource already boasts an impressive endowment of PGM’s and tips the scales at 1.39 million ounces of 3PGM, being  platinum, palladium and gold, with a reported 53,900 tonnes of copper in the ore as a welcome credit.

The Parks Reef resource lies only 100 from surface and shows the potential for the development of an open pit mining operation. Curiously, PGM deposits in other parts of the world typically extend to more than 1,000m depth, with mineralisation on the PlatReef in South Africa traced to depths of more than 2km which perhaps hints at the deeper potential of the Parks Reef PGM system as exploration continues.

Results continue to be received from this component of the program, with drilling now scheduled to get underway again in early February 2021. The remainder of the 6,000m reverse circulation drilling program will focus on key targets within the central resource area and extensional drilling on an interpreted fault offset of the stratigraphy on the western extremities of the deposit.

With drilling continuing to intersect impressive intercepts of shallow PGM mineralisation and rhodium set to join the party as samples are dispatched to the lab, the company may provide a few surprises as the work program kicks off in the coming weeks.

Exploration will now extend across the 15km strike of the mineralised stratigraphy, and as the company looks to the depth potential of the developing ore system, Podium may be the quiet achiever in the PGM space.