Podium Minerals is drilling again at its Parks Reef platinum group element discovery in WA’s Mid West as it sets about filling in up to 6.5km of strike length along the mineralised trend which now totals around 15km. Drilling to date has delivered an inferred mineral resource containing almost 1.4Moz of combined platinum, palladium and gold, plus some base metal credits. 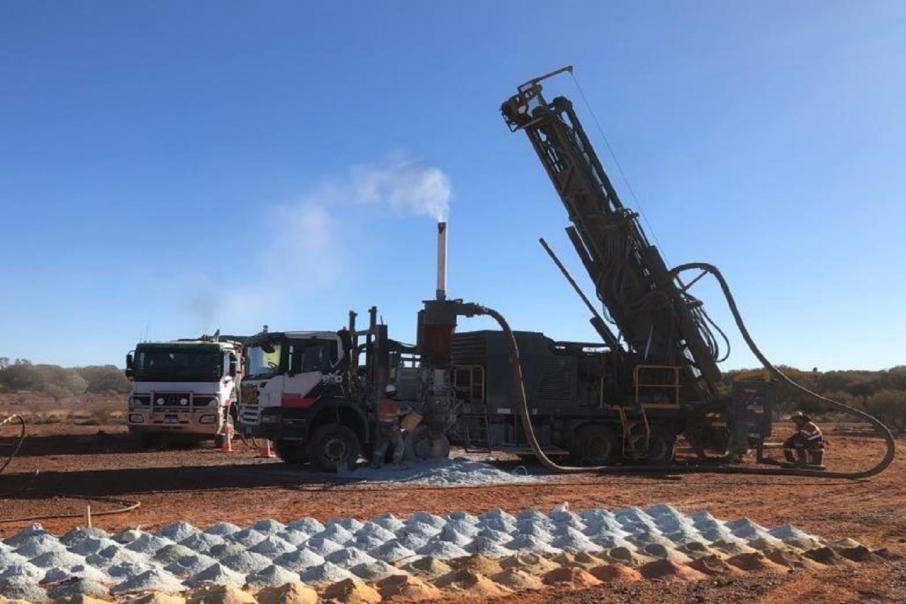 Podium Minerals is drilling again at its 100 per cent-owned Parks Reef PGE project in Western Australia’s Mid West as it sets about filling in up to 6.5 kilometres of strike length along the mineralised trend which now totals around 15km.

Drilling to date by Podium has unearthed an inferred mineral resource containing 1.39 million ounces of combined platinum, palladium and gold, with 53,900 tonnes of copper offering up some worthwhile base metal credits.

The current mineral resource extends over 8.5km of strike length, with the latest resource upgrade, along the western sector of Podium’s ground, pumping up the numbers by a healthy 22 per cent, all within 100 metres of the surface.

Podium is accelerating drilling, initially along the eastern extension of the Parks Reef, with the infilling of the central sector to follow.  The company also plans to drill test for fault repetition of the mineralised zone within the central sector.

The company has earmarked around 1,000m of drilling to vector in on a new target in the western sector, beyond the current western-most drill hole.  Its technical team has mapped up a 1.2km western extension from its geophysical and surface geochemical database that will be tested after the central sector infill program is completed.

Podium’s Parks Reef project is perched in the Murchison mineral field’s Weld Range, midway between Meekatharra and Cue near the headwaters of the Gascoyne River.  The port of Geraldton, located to the southwest of Parks Reef, is a likely export point for any ore shipped from a future mining operation.

The company’s current mineral resource estimate is a consequence of a systematic drilling campaign which has produced some very healthy precious metal intercepts including 12 m at 2.56 grams per tonne 3PGMs from 33m and 21m at 1.47 g/t 3PGMs from 103m down-hole.

The 2021 drilling campaign is not only going west, chasing new mineralised zones, but it will also dig deeper, chasing the down-dip extension of the Reef.  Similar style PGE deposits in South Africa are known to go as deep as 1km underground however Podium will likely want to focus on what it can bundle up a little closer to surface to support a future feasibility study.

Whilst the company is reporting just the combined content of three of the platinum group metals, or “PGMs” at Parks Reef, namely platinum, palladium and gold, the presence of rhodium has also been noted in assays.

Rhodium’s spot price has soared in recent years, up almost 3000 per cent in the last five years, with the metal increasingly finding a place in technology application.

The specialty PGM element is now trading at an incredible US$20,000 per ounce so it is likely to be a part of the mix as Podium continues to drill up a storm and crunch the numbers on future assays at this evolving WA project.

In an effort to improve confidence in the mineral resource along various parts of Parks Reef, Podium plans to add a diamond rig to the mix shortly.

Just last month, the company fattened up its saddlebags with a $2.5m raise at a placement price of 11.5 cents to feed the resource drilling program and no doubt pay for the additional diamond drill rig.