A series of new blockchain plays and a growing assortment of associated businesses highlight how the new asset class is sparking entrepreneurship in Perth. 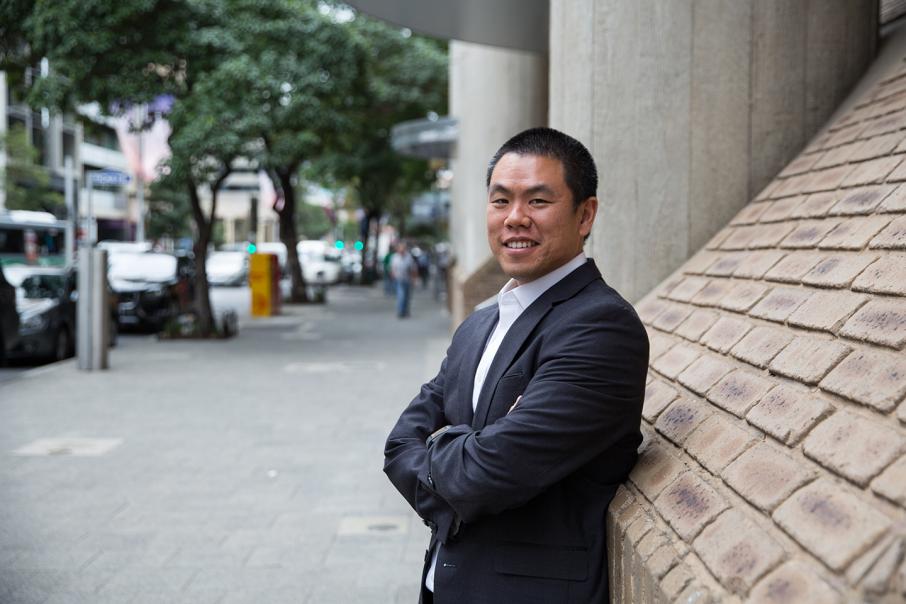 Perth blockchain businesses are targeting capital raisings of $100 million-plus in the 18 months to the end of this year, as new companies emerge to service the nascent cryptocurrency sector.

Cryptocurrencies are electronic mediums of exchange that use encryption to secure transactions, where movements of the coins are tracked on a distributed ledger called a blockchain.

Perth’s best known business in this space is Power Ledger, which built a platform to enable peer-to-peer trading of renewable energy.

Power Ledger launched its tokens in what is known as an ‘initial coin offering’ in October, raising $34 million.

No equity is exchanged in a coin offering, but investors are given tradeable tokens that act as electronic currency, backed by demand for an underlying asset.

Three ICOs are under way, with another possible.

Bitcar hopes to raise about $26 million for a token that gives users partial ownership of luxury cars in the hope they will appreciate in value over time.

Both Bitcar and Power Ledger were co-developed by blockchain company Ledger Assets.

Belmont-based Takor Group is planning to raise around $26 million via an ICO of the ‘soar’ token, which will support a decentralised platform for data from drones.

A farmer, for example, could use the platform to pay drone operators to take images of his/her paddocks, with previous applications of the underlying technology including use by the US military.

The soar raising is being managed by Subiaco-based Lateral Capital Ventures, a division of software development business Lateral.

Lateral Capital Ventures is headed by 2016 40under40 winner Tommy Shin.

Mr Shin’s other crypto interest is NCX, a Perth-based exchange for trading cryptocurrencies where he is chief executive.

ASX-listed cryptocurrency business DigitalX is currently running an ICO for blockchain business Bamboo, which was founded by Perth-based Phil George.

When users spend money, their purchase will be rounded up to the nearest dollar, with the extra cash used to invest in a portfolio of cryptocurrencies, Mr Travers said.

The Bamboo team is developing a cryptocurrency called ‘bams’, which he said would be used to access the platform.

The Bamboo ICO is the 10th that DigitalX has organised, Mr Travers said, with Bitcar and Power Ledger previous projects.

South Fremantle-based Buildsort is at an earlier stage of development.

“It has major implications for the industry if we can pull this off,” Mr Dorian, a structural engineer, said.

“(Suppliers will) go through rigorous testing … and we can put the certificates of compliance onto the blockchain.

“If there’s a problem we can find out where (it) has happened.”

It would remove the possibility of forgeries, and speed up approvals, he said, in the hope of avoiding the type of issues in the construction of Perth Children’s Hospital.

Mr Dorian said Buildsort was working on a pre-ICO capital raising of $1.5 million, with an ICO worth about $20 million potentially by the end of the year.

Buildsort was recently awarded best blockchain solution at the Melbourne Blockchain Centre’s first incubator program at the end of April.

It also secured a grant through Landgate’s Spur technology program.

Of established businesses, the University of Western Australia is understood to be involved in a blockchain project designed to validate student credentials.

Power Ledger cofounder Jemma Green told Business News most enterprises she spoke to about the product had an understanding of blockchain and had thought about how it could be relevant for their business.

“The level of literacy and appetite in the market has shifted from 12 to 18 months ago,” Ms Green said.

She said there was a lot of activity in the blockchain space in Western Australia but that some simple changes would create opportunities.

“For example, the visa list for WA could include the kinds of skills that need to be imported in the near term to build up expertise locally,” Ms Green said.

States can submit to the federal government a list of professions to be available for temporary work visas.

“That could create a point of difference for WA,” Ms Green said.

“Blockchain programmer, when the visa list was last updated, wasn’t even thought of.

“If you want to import a software engineer, we know they’re a dime a dozen.

“To get specialist expertise is really quite hard.

“Or people who have expertise in commercialisation and scale-up of tech, we don’t have a lot of that locally.”

DigitalX has plans for a blockchain-focused startup hub at 66 Kings Park Road, which Mr Travers hoped would provide support for the sector.

The 500 square metre operation would open by August, he said, and had required an investment of around $500,000.

It will operate in partnership with Melbourne’s Blockchain Centre.

Mr Travers was optimistic about the potential for blockchain businesses in Perth and Australia more broadly.

“Australia has one of the best environments for cryptocurrency businesses globally, despite having a heavy taxation system,” Mr Travers said.

“We’ve had a really strong industry body ... being able to reduce taxes on bitcoin which were once the most expensive in the world, bringing in a code of conduct for exchanges (and) working with regulators.”

One crypto-business has recently left Perth for Singapore, however.

After cryptocurrencies have been created, significant computing power is required to process the transactions on the distributed ledger.

Those operations are known as ‘mining’, which earns the miner electronic coins, with the electricity that goes into running those processes the most significant cost.

In fact, according to one recent estimate, cryptocurrency mining globally uses about as much power as Ireland.

That need for electricity is behind one major project, a 20-megawatt solar farm planned for Collie, costing about $16 million.

The energy created by the solar panels will drive nearby mining servers.

“Collie is a fantastic spot for both solar and for higher tech stuff,” Mr Tan said.

“Everything (at the moment) is about coal and coal is not the future.

The next step for the project would be to get together a funding package, he said, with a target for operations next year. 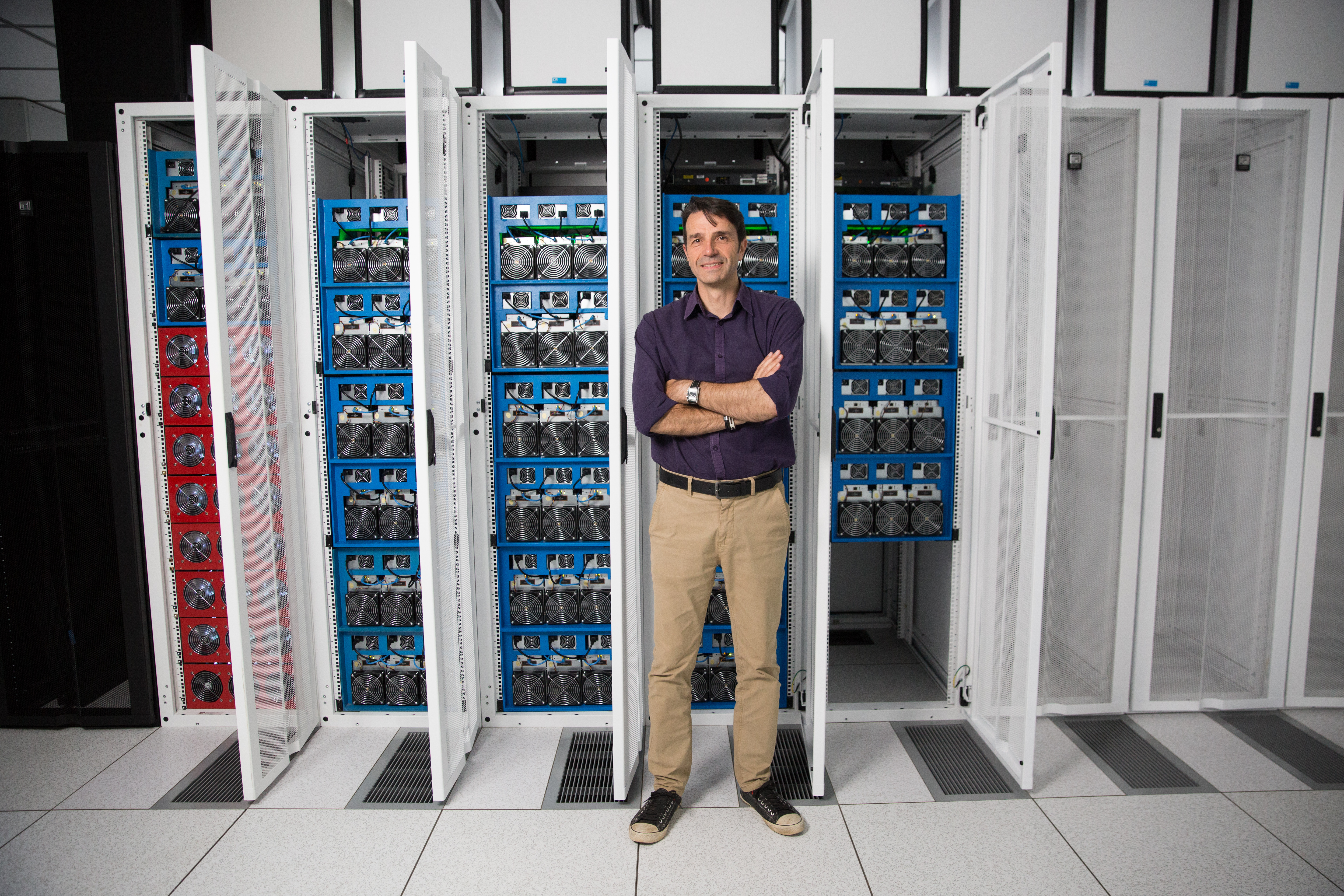 Osborne Park-based D-Coin, which is majority owned by cloud server provider DC2, is an investment pool with about $1 million of funds under management as of December 2017.

D-Coin cofounder Michael Whitehorn told Business News about half of the fund’s focus was on cryptocurrency mining, while half was trading and investing in coins.

“What we are is digital asset managers, we offer an investment fund which operates purely in a digital currency realm,” Mr Whitehorn said.

“The fund operates a little bit like a term deposit.

“(The) mining machines, they’re pretty much the only way new coins are generated.

“It produces a nice stable return over an extended period of time.”

Cottesloe-based Warburton Investment Management was ranked the second best hedge fund in Asia by Bloomberg for 2017, with cryptocurrency playing a role in that performance.

Warburton founder Leon Warburton told Business News the fund had focused on arbitrage opportunities between online exchanges in different countries, and an expectation of rising demand for crypto assets ahead of bitcoin futures being listed on major real-world financial exchanges.