Elizabeth Perron has been given the daunting task of continuing her late father’s philanthropic legacy. She spoke to Business News about how she is tackling this task. 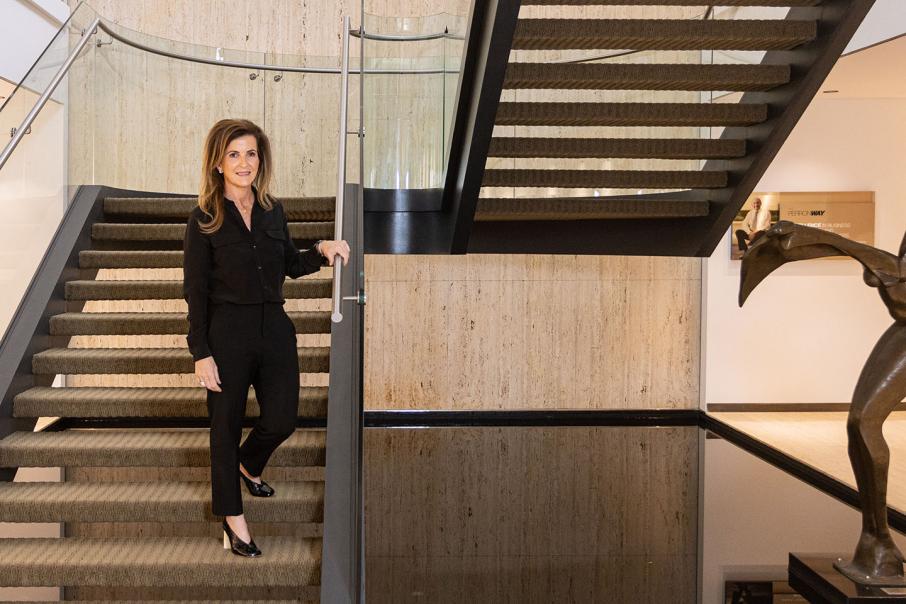 Elizabeth Perron has been given the daunting task of continuing her late father’s philanthropic legacy. She spoke to Business News about how she is tackling this task.

The late Stan Perron was renowned for many years as one of Western Australia’s most active and generous philanthropists.

He established the Stan Perron Charitable Foundation in 1978, well before philanthropy was fashionable, and quietly supported hundreds of charities, arts groups and medical researchers.

His passing last year has only added to awareness of the trust, which gets an increasing number of requests every year.

“It’s changed substantially over the past couple of years,” chair Elizabeth Perron says.

Ms Perron said the foundation gave to just over 100 organisations, with the number and dollar amount increasing.

It distributed $14.5 million in the year to June 2019, making it WA’s third largest philanthropic foundation.

That’s up from $12.8 million in the previous year and about $4 million in earlier years. 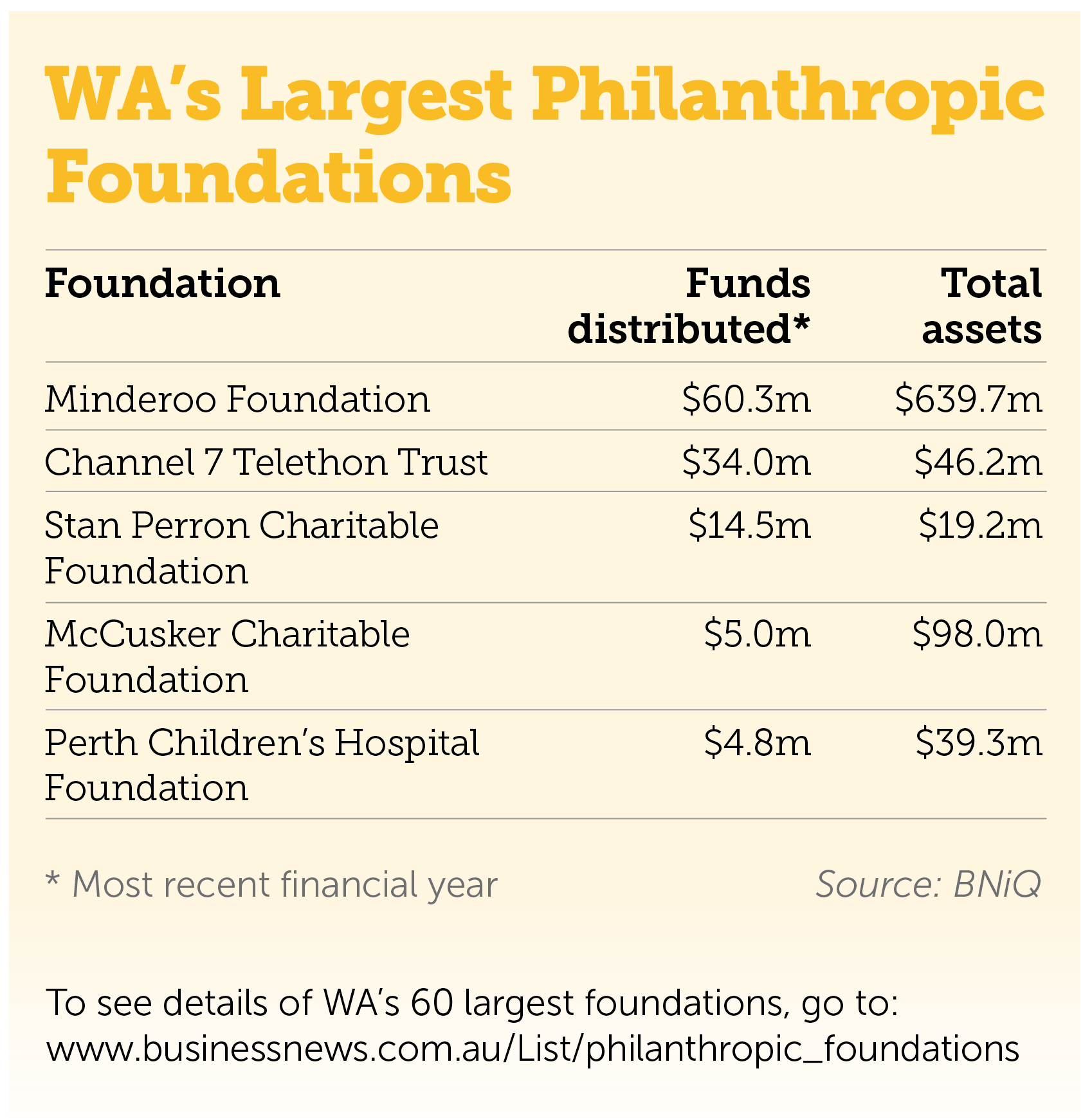 The foundation has potential to give a lot more, after Mr Perron said the greater majority of Perron Group’s assets and future earnings should benefit the foundation.

With group net assets of $4 billion and a net profit last year of nearly $300 million, the upside is enormous.

“It’s hard to pre-empt how much money will be given; there is certainly money to give,” Ms Perron told Business News.

“It will depend on the requests we get, and they vary every year.

“Our main focus is to ensure it’s within the guidelines and principles dad set out, and the impact it will have; that’s more of our focus.”

To help manage the increasing number of requests, the foundation has established a public website that includes funding guidelines and an automated application process.

Trustee Ross Robertson said the published guidelines helped potential applicants work out if it was worth proceeding.

“If you go through the application it’s a filtering process,” he said.

Ms Perron said the foundation was trying to migrate all applications to the new system.

“A lot of people still write letters or make a phone call and assume it will continue; now we try to direct them to the website so they have a clear idea of what we are after,” she said.

Ms Perron said the website and application form were designed to be simple enough for smaller applicants.

“You don’t wasn’t someone to be scared away by the application process,” she said.

“That was probably the hardest part, creating that form, working out exactly what criteria we apply to assess them.”

Ms Perron emphasised the current structure was part of her late father’s legacy.

“He spent his whole life planning for when he wasn’t here,” she said.

“He set out some very clear guidelines and principles for the trustees of the foundation.

“My job now as chair is to ensure they are implemented according to his guidelines.”

The published funding guidelines specify that the foundation focus first and foremost on causes in WA.

Its target areas include health and medical research related to children, iconic cultural and arts organisations, and activities that foster ethical behaviour in the business community.

Ms Perron said the foundation was setting up a research advisory committee to help the trustees evaluate medical research applications.

It prefers programs that aim to solve the cause of a problem rather than treat the symptoms.

It also favours applications that encourage people, especially the young, to engage in community service.

This reflected Mr Perron’s own approach; he was renowned for volunteering at his local Rotary club’s Sunday morning swap meet.

The foundation’s donations can be of any size.

“It can be literally a few hundred dollars and that can have just as much impact,” Ms Perron said.

At the other end of the spectrum, the foundation’s largest commitment was $10 million over 10 years for the Perron Institute for Neurological and Translational Science.

This built on more than 30 years of support for the Institute, which until 2017 was known as the Western Australian Neuroscience Research Institute.

Another large beneficiary was Parkerville Children and Youth Care, which received $5 million to assist with construction of a new facility in Midland.

Other groups to have gained support include the Foundation for the WA Museum, Youth Focus and the Telethon Kid’s Institute.

All successful applicants will need to show evidence that funds provided have been wisely and effectively used.

“What’s the impact? That’s the most important thing to ask,” Ms Perron said.

In assessing applications, the foundation has found that many organisations don’t know about others doing the same thing in WA.

“Often we will say we already support similar organisations; a lot of people don’t collaborate in WA, which is a shame,” Ms Perron said.

The Stan Perron Charitable Foundation also prefers applicants who have other sources of funding.

“We never seek any accolades, ever, but if someone asks to we use our name to get further funding … absolutely,” Ms Perron said.

Her aim is to have a long-term sustainable foundation that will be run by future generations over many decades.

“We’ve always been involved in charitable organisations, so it’s sort of in our blood to continue doing that,” Ms Perron said.

“We understand dad’s passion and where he came from but it’s even more pertinent for future trustees who didn’t know him.

“Hopefully if it’s my children or my brother’s children, they will have that passion like we do and it will be passed on through the generations, but they will always have the guiding principles.” 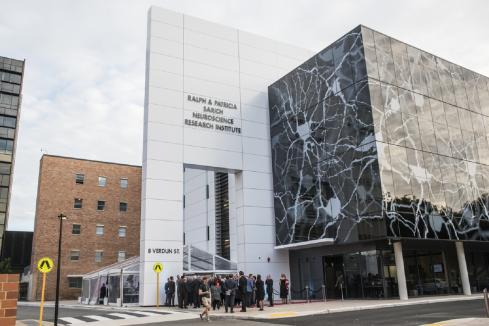 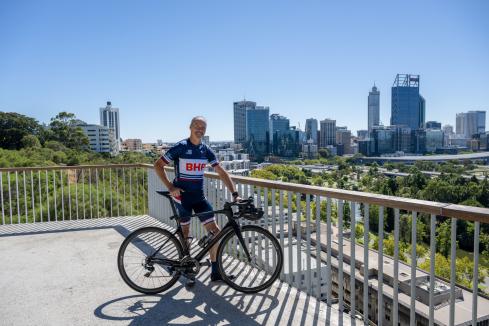