Six months after Dunsborough restaurant Yarri opened to much fanfare, we talk to the team behind the venture about their long-term strategy. 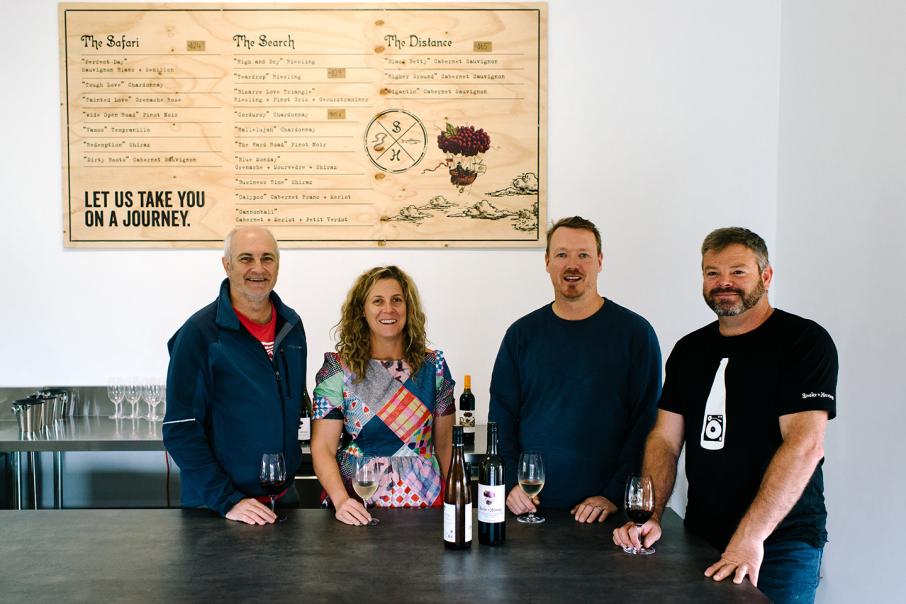 Six months after Dunsborough restaurant Yarri opened to much fanfare, we talk to the team behind the venture about their long-term strategy.

Yarri Restaurant and Bar in Dunsborough had a dream launch, particularly from a publicity point of view, with coverage in Qantas magazine, Australian Gourmet Traveller, Delicious, and The Australian Financial Review.

That warm summertime glow may have cooled somewhat with winter’s arrival and the absence of peak season crowds in the South West, but Yarri’s owners are backing their business strategy, focusing on the venture as a tourism destination restaurant in order to prosper in the notoriously fickle sector.

While Yarri is primarily associated with co-owner and renowned chef Aaron Carr, the venture was developed by the duo behind wine label Snake and Herring.

Tony ‘Snake’ Davis and Redmond ‘Herring’ Sweeny formed the company in 2011 and developed an off-centre collection of wines of provenance. A chartered accountant by trade, Mr Sweeny had previously worked in the wholesale wine business.

“When you just rely on wholesale there is always risk,” Mr Sweeny told Business News.

“I used to sell a lot of wine in southern parts of Sydney back in the early 2000s. I remember the Cronulla riots and our distributor there suffered a lot of loss in sales – people were just not dining out. It has always stuck in my mind about being in control of your destiny.”

While the fate of the markets can never be guaranteed, the team has hedged its bets with a sound strategy.

“From a business point of view, the next phase was to sell direct to market,” Mr Sweeny said.

“In wine, that strategy is obviously both off-premise and on-premise. A cellar door and a restaurant.”

Messrs Sweeny and Davis took on a cellar door 18 months ago and a separate restaurant site was secured in Dunsborough. Plans had already been drawn up when a serendipitous meeting led to Mr Carr’s involvement in the company.

“He (Aaron Carr) liked the fact we were searching for expressions of provenance, which is very much aligned with his food philosophy,” Mr Sweeny said.

“It’s regional, it’s WA, it’s indigenous to this area. He bought in and we kept things all as one. We didn’t want to splinter the company”.

The project was funded with equity from the directors, along with plant and equipment funded by finance companies.

“One of the other key parts of the business strategy was turning wine back into cash,” Mr Sweeny said.

“That is the underlying safety blanket in the business; we actually already have the wine paid for and it provides another cash flow stream.

“We know that we are going to sell wine every month through the restaurant. We are one of the new age, reverse-engineered business plans. We focused on the market first and built the front-end distribution, rather than building the production assets first.”

The lease is a 15-year commitment, essentially locking down the co-directors careers for the foreseeable future. “You are talking over $1 million in cost to open the doors,” Mr Sweeny said.

“I look at the fitout cost as an investment in sales. Because that is going to guarantee you are selling wine for the next 15 years and building the brand as a whole unit – Snake and Herring and Yarri.”

Mr Sweeny acknowledged that the restaurant business was challenging in the South West, where the seasonal influx of tourists was vital in keeping any business afloat. The challenge came once holidaymakers have returned home, he said.

“We raised funds and we were strategic in where we spent them,” Mr Sweeny said.

“How you promote yourself online has changed in recent years and you can get off to a really good start.”

Mr Carr told Business News the decision to hire a Melbourne-based PR company for the launch had proved a worthwhile investment, particularly in terms of Yarri’s customer base and social media following.

An advocate for food tourism, Mr Carr said the seasonal change had affected the business in the six months since it opened.

“Winter really has to be about the locals, and we have tried to cater for them,” he said.

“I thought more locals would come more often, but I’m just finding that’s not really the case. I think you have an idea of what is going to happen but the reality is that maybe it will take time.

“The restaurant just needs to evolve and just keep evolving, you just need to wear it a bit.”