OPINION: Parents naturally want the best for their children, but increasingly forceful representations to, and demands of, teachers is a problem. 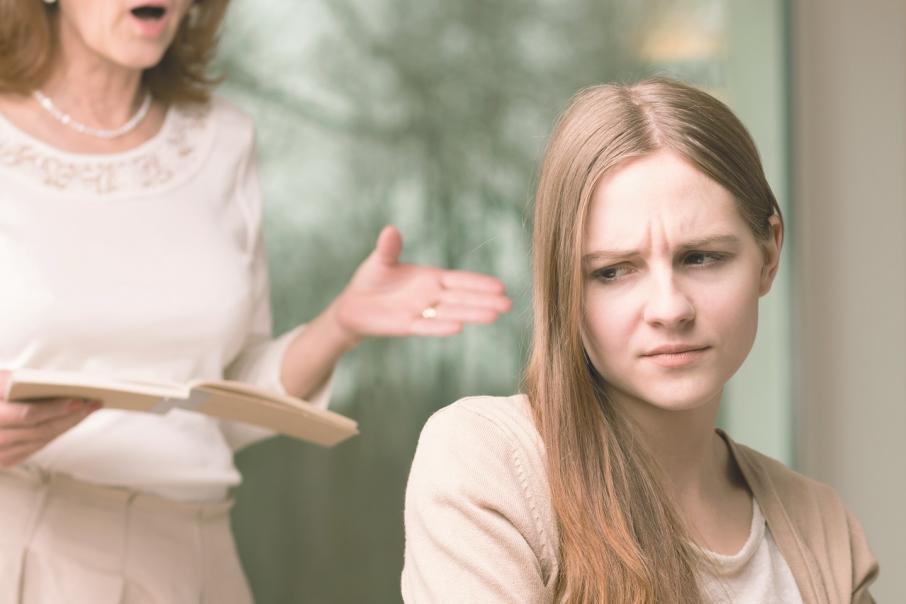 Over-involved parents can harm their child’s problem-solving abilities and damage their self-esteem.

OPINION: Parents naturally want the best for their children, but increasingly forceful representations to, and demands of, teachers is a problem.

An award-winning principal and friend of mine, much loved by parents, teachers and students in her current and previous schools, told me she had decided to give up her leadership role next year to pursue other opportunities.

When I asked why she wanted to give up such a successful career, and one she had spoken about with such passion until very recently, her response floored me: “It’s the parents, they are killing me and I have to get out,” she said.

In posing that question, I had assumed her reasons were related to a workload being too extreme or perhaps students who were too challenging, or even something more temporary like plans to take time out and travel.

But when I stopped and digested her response, I realised I should not have been taken aback at all. After all, I had always known that one of the hardest things school leaders and teachers have to learn to deal with is a group of usually well-intentioned but over-involved, overprotective and controlling parents who bubble-wrap their children.

Known as ‘helicopter parents’ because of their tendency to hover over their youngsters and fly in to rescue them at the first sign of perceived trouble, these parents have failed to find that sweet spot between supporting their children and controlling them.

What helicopter parents fail to understand is that best intentions to protect their children and give them an advantage in life often backfire.

Some developmental professionals believe helicoptering can impede the development of life and coping skills, strip children of the capacity to engage in problem solving, damage a child’s self-esteem, and fuel increased anxiety.

Working with helicopter parents is not new. For the most part, effective school leaders and teachers have been able to manage those parents who overstep the mark in an empathetic manner.

But a new breed of aggressive helicopter parent poses a significant challenge – let’s call them the Black Hawk variety, a deliberate reference to the type of US Army helicopters used in combat.

Black Hawk parents are so named because of their tendency to declare war on schools, school leaders and teachers in an endeavour to blast away any obstacles they perceive to be in the way of their children’s success.

Black Hawk parents don’t simply hover, they engage in combat. Their aggressive ways are often triggered by memories of their own struggles at school. They often want to ensure they protect their children from the same types of experiences but simply do not know how to go about it in an effective and appropriate way.

The schoolyard is awash with tales of Black Hawk helicopter parents who have created problems through their ambushing ways.

Take the parent who is new to a school and abuses a primary school principal in the first week complaining their daughter has not been made to feel welcome. Or the parent who threatens a head of department with further action if their son’s history assignment mark is not adjusted upwards, or the secondary school principal who is verbally assaulted in the car park by a parent because the school did not select their child to compete in an interschool sports carnival.

In the course of making unreasonable requests and demands, Black Hawk parents use aggression, threats, intimidation, physical and cyber-bullying, and even violence against school leaders and teachers. They claim to know more when it comes to their children’s education than those with the qualifications and experience, and they will often go to extreme lengths to try to prove it.

They frequently do more damage than good for their children.

With the increasing number of Black Hawks hovering in the school airspace, many school leaders are becoming skilled in disaster avoidance on a number of fronts.

The key for school leaders is to not become defensive in the face of escalating levels of unreasonable criticism and negative emotions.

It is the absence of defensiveness, coupled with an unrelenting inquisitive nature about how a parent reached a particular conclusion about an event, comment or action that can often take the sting out of a situation – and prevent heightened levels of aggression and/or violence.

But as my exiting school principal friend tells me, maintaining a calm approach under extreme pressure is not always that easy. And despite adopting a resilient approach, it will wear you down over time.

Her advice to this new breed of helicopter parents: “Please partner with us rather than persecute us. That will always be in your children’s best interests.”