The contenders have had to readjust their traditional campaigning approach because of the sharp rise in early voting. 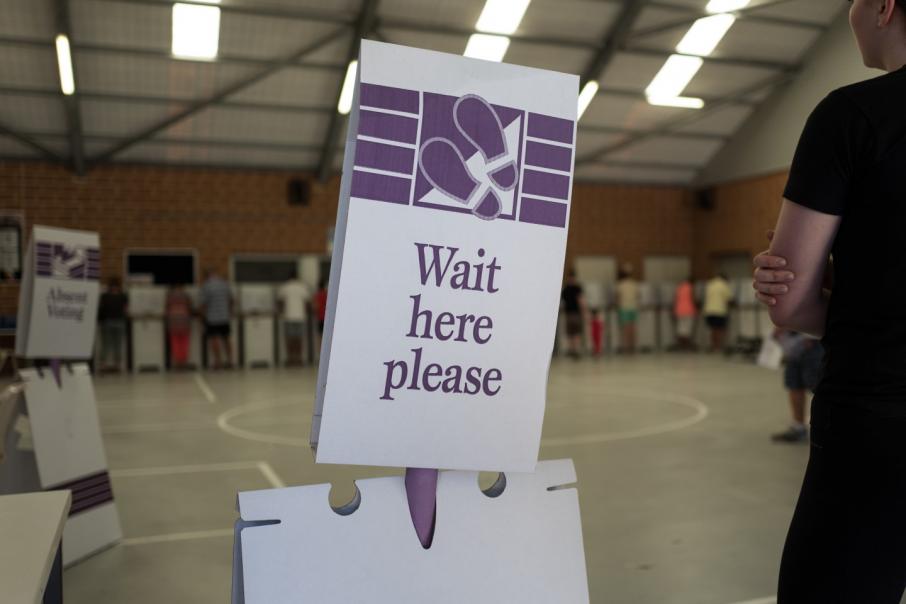 Premier Mark McGowan and Opposition Leader Zak Kirkup have been going through the motions on the state election campaign trail since New Year’s Day, knowing that most voters switch off politics during the holiday season.

But all that is about to change. Although polling day is not until Saturday, March 13, the focus of the major parties will be fixed very firmly on the week starting Monday, February 22.

The first postal votes will be accepted then, and the increasingly popular pre-poll voting will start on Wednesday (February 24).

The importance of pre-poll voting has jumped sharply in recent years. In fact, at the 2017 WA election, 326,003 pre-poll votes were cast, up 166 per cent on the previous election.

The trend continued in the 2019 federal poll when almost five million Australians voted before election day.

The jump has sparked concern from party organisations, and especially the minor parties, which struggle to staff pre-poll centres with volunteers to distribute how-to-vote cards.

As the practical significance of polling day itself has tended to diminish, the parties have had to readjust their traditional campaigning approach.

In the WA context, this means that after the Australia Day holiday (January 26), when schools reopen and normal work patterns resume, the parties will need to move into top gear for a four-week sprint before pre-poll voting starts.

So expect Mr McGowan and Mr Kirkup to go hard in concerted campaigns – the premier to retain the extraordinary backing he achieved at the 2017 poll, and the opposition leader to rebuild Liberal support after that election wipe out (the Liberals won just 13 out of the 59 seats in the Legislative Assembly).

With a growing budget surplus, thanks to iron ore royalties, plenty of sweeteners will be on offer.

The Labor government will also be assessed on its record in office. In the first year of his term, the premier listed a series of goals, so it’s worth doing a stocktake, bearing in mind that the strategies have had to compete with the coronavirus during the past 12 months.

Mr McGowan said Labor MPs would be given a conscience vote on voluntary euthanasia laws. The laws were passed in late 2019, but any Labor MP who sought to move amendments or challenge sections of the legislation were given the cold shoulder. The laws come into effect later this year.

He foreshadowed a new policy on retail trading hours. The policy has yet to emerge but it certainly won’t include earlier Sunday opening for department stores although some other major retailers can already open from 7am – an obvious inconsistency.

The premier also said ministers not contesting the next election would be encouraged to stand down before the poll.

But he’s clearly had a change of heart because Treasurer Ben Wyatt – once considered Mr McGowan’s heir apparent – Sport and Recreation Minister Mick Murray and Corrective Services Minister Fran Logan are all retiring from politics but have retained their portfolios.

Replacing ministers can be messy, as former premier Colin Barnett would attest. Much easier to leave the decisions on who gets promoted until after the election.

Daylight saving, very sensibly, would not be considered during his term at the top, and Metronet – Labor’s first-term policy flagship – would help create jobs and attract significant financial assistance from Canberra.

The full benefits of Metronet will not be felt by city commuters until the next term, but construction and associated work have helped get WA’s unemployment rate below the national average.

One issue to watch is the growth in the public sector workforce, especially with some areas privatised by coalition governments being returned to the government fold at the urging of Labor-affiliated unions.

The cost implications for taxpayers have not been fully explained.

A ticklish area for Mr Kirkup is the double-edged sword of preferences with Pauline Hanson’s One Nation Party.

They flowed 60.6 per cent to the Liberals last time, but at the cost of first preference votes from some community groups.

Clearly both sides have contentious issues to resolve before those first votes are cast.