Parent leave scheme needs to work for all 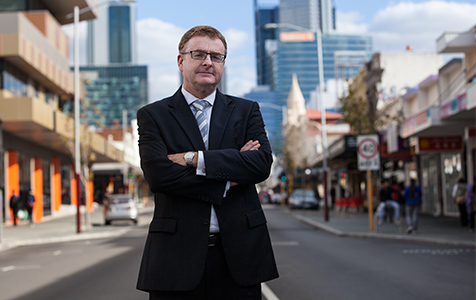 The debate around Liberal leader Tony Abbott’s paid parental leave scheme is another example of how it often takes someone on the wrong side of the political divide to achieve things.

Their Liberal rival John Howard brought in a consumption tax. A conservative advocating a great big new tax – you wouldn’t hear of it today.

As you would expect, there is a great deal of irony that those on the left of politics – who so often reckon working women are hard done by here when compared to more progressive societies such as those in Scandinavia – are claiming Mr Abbott’s scheme will cost too much.

Mr Abbott, a conservative, is doing the heavy lifting for them, in this one case. If they were smart they would just shut up.

Many of the Liberal leaders own party are worried, too, about the cost.

I worry with them.

However I reject criticism of policy that it is somehow unfair to offer highly paid people compensation for having babies.

That is wrong. It is both fair and the point of the policy – as those in Denmark et al know full well.

Unlike the Liberals’ dud baby bonus scheme, Mr Abbott’s policy is designed to allow working women, no matter what their status or pay level, to consider having a child without leaving a huge financial hole.

Of course, those on the left say it is not fair for someone on $150,000 to be paid to have a baby. Wrong. They are the ones with the most to lose by giving up income, and career prospects, to have a child.

And the country loses too. It ought not be surprising to find that the smartest and most competent women in our community are among the highest paid. Surely we want them to fully participate in what the country has to offer, including a great family life and the chance for them to pass on their abilities and experience to the next generation? Or do only poor people get to do that?

It’s off the mark to assume that someone on $150,000 is able to quit their job and ease back in comfort. Life for all of us has costs and financial expectations.

And many people have high incomes for short periods of their careers, due to opportunity, the pressure of the job or economic changes. Just ask a few daily newspaper executives how their days of carefree spending are going.

We want to encourage the right people, women included, to maximise their income earning opportunity when they have it, because they will put that wealth to good use later.

Nevertheless, this policy has some risk attached to it.

My biggest concern, aside from cost, is that Tony Abbott might not get what I presume he wants want from it – that is, women of all stations having kids and then returning to work.

If the scheme is giving a generous payout to women who would otherwise plan to quit their job and cease work, then it is just a windfall that just delays an impending and accepted loss of income.

This policy is about trying to help people bridge the gap in their career that was otherwise too great for them to successfully cross, not fund them to do what they would have done anyway.

I am not sure how such payments can be made conditional on a return to work, but they ought to be – otherwise they could be just a monster baby bonus and ought to be advertised as such. My arguments above, for encouraging the successful to have children, remain, but I am less enthusiastic about paying them to cease work if that is what they were going to do anyway.

Perhaps, part of the paid parent leave could come in the form of a generous tax break on future income, providing a real incentive for the recipient to get back into the workforce and continue achieving. That would cost less up front, be better directed and reduce the risk of paying people who never return to the workforce.

* No doubt there will be some who view my comments as biased for one reason or another. Let be clear that I am not expecting to be a beneficiary of such a program.