After all his years at the Water Corp, Jim Gill's looking forward to some outback adventures. 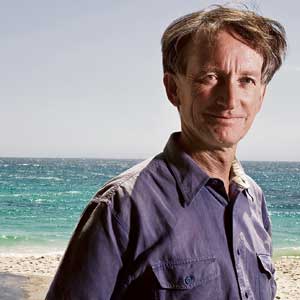 JIM Gill snaps his mobile phone shut and grins. "I love dealing with the media," he says, launching into a tale about how he used media to advantage when chief executive officer at the Water Corporation.

After taking the role in 1995, Mr Gill saw a pattern in decreasing stream flows over 20 years and diagnosed a worsening water supply problem for the state.

His solution was to build the first major desalination plant in the Southern Hemisphere.

The task was more than an infrastructure feat, as Mr Gill had to work to convince a dubious public of its necessity.

"The important thing was to be close to government and, where possible, the public. To tell them the facts; then we could tell them what the solution was," he says.

He says WaterCorp had done such a good job of protecting Perth from the drying groundwater supply, many in the community were sceptical about the need for desalination.

"One of the things we did to minimise the scepticism was to say nothing; we kept it away from the media and politicians, and I didn't actually go down there [Kwinana]," Mr Gill says.

"This was so I could say, 'We are keeping this a closed site for safety, we're not letting anybody in - even I haven't been down there'."

Mr Gill's academic career prepared him well or the challenges of his role at the Water Corporation.

A bachelor in civil engineering with first-class honours at The University of Western Australia was followed by a Ph.D at Cambridge University, and then a masters in public administration at Harvard.

Before Water Corp, he served seven years as commissioner of the state's railways, as well as a long stint at Main Roads.

"First and foremost I was a civil engineer," Mr Gill says.

"I was always attracted to building and maintaining big infrastructure, and doing it in a highly credible way."

A high achiever, Mr Gill says he relishes the satisfaction of overcoming a major engineering challenge.

On Australia Day last month he received an Order of Australia for services in water resources management, transport and education.

In 2006, he was named Australian civil engineer of the year, and has been described as a "world leader" by the International Water Association.

But ambition remains tempered with a healthy sense of humour. Mr Gill laughs at the idea his time at WaterCorp has cemented his reputation as courageous, forward thinking and cool-headed.

But he is full of praise for what he calls "the Western Australian way of doing business".

"We have a good business ethic here. There are difficulties in the business culture elsewhere that we don't suffer from," Mr Gill says, describing the people he has dealt with as open, transparent and professional.

"You're going to have extremely good people who are well paid and well respected."

Semi-retirement means just that, with continued public service planned, including possible involvement with the University of Western Australia Education Board and the Institute of Company Directors.

Mr Gill says he'll spend more time pursuing his passion for cycling and travelling with his wife, Sylvie, and funnily enough, fossicking in one of Australia's driest regions.

The self-pronounced Kimberley addict is looking forward to indulging his passion for exploring the wild, arid landscapes of WA's north.

"I like to get dropped in a remote area and just walk for 10 days," Mr Gill says.

He is fascinated with Aboriginal rock art and amazed it is not more widely celebrated.

"It's one of the unsung attractions of the planet," Mr Gill says. "I love it there; the vastness, the remoteness, the majesty. The light and colours early in the morning when the sun slants in and hits a clay pan. It's magic."

How did you spend your childhood?

I was born in Perth, went to a couple of excellent state schools and dragged a prawning net along Como Beach with my father.

What makes you happy?

Hanging out with my wife, Sylvie, and our three girls; their husbands are from France, Brazil and Perth, and life's a lot of fun.

What are you most proud of?

Being the first to use renewable energy in Australia, and leaving WaterCorp with a terrific leadership team.

How do you handle an environmental issue that the public is sensitive about?

You can't (be a) scaremonger. If you're being hysterical you'll be seen as a fake pretty early in the piece and you'll lose all effectiveness.

Always be part of the solution, never the problem.

What are your dreams for the future of WA?

An intelligent influence in our region - a 'can do' culture with a refreshingly long view.

I think we need stronger global leadership to replace the tired old forums. Technology has shrunk the globe, and the key issues affect the whole planet. Nations have to get out of themselves.

What are your hobbies?

Cycling. Once a year I travel to France with my wife, who is French. We usually spend a lot of time in Brittany. I also love spending time in the outback.