The contribution made by women to WA’s games industry was on show at a high-profile event in Sydney last week. 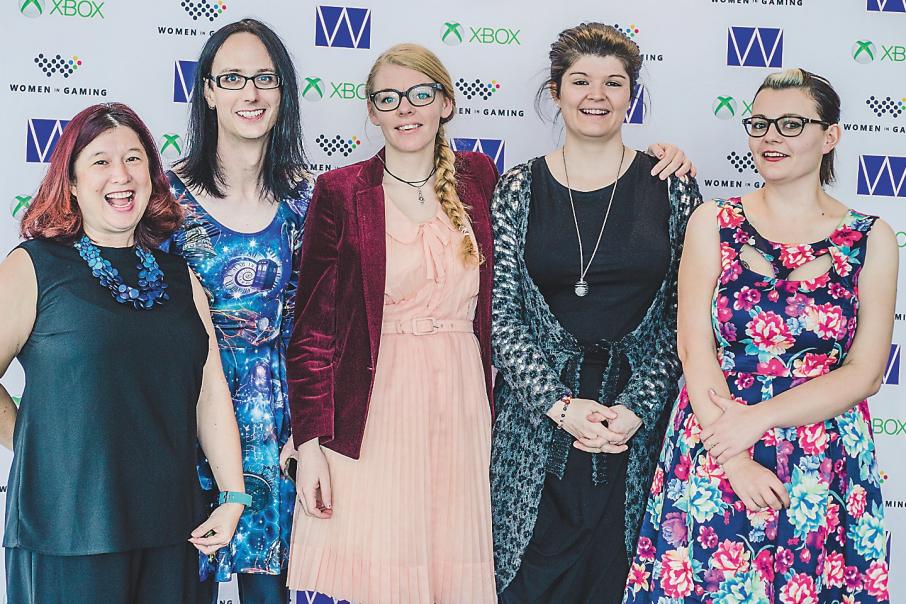 The event honoured 30 of the top individuals who identify as women working in the games industry in Australia and New Zealand. Five of those on the list were from Western Australia: Vee Pendergrast from Stirfire Studios; Microsoft’s Michelle Sandford; Susannah Emery from Curtin University; Jess Watson from Let’s Make Games; and me, Kate Raynes-Goldie.

The lunch also featured the presentation of the MCV Pacific Women In Games awards, which included two WA finalists – Sofie Mather (Stirfire Studios) in the ‘Unsung Hero’ category, and me, for ‘Outstanding Achievement of the Year.’

WA’s showing on this list speaks to how much the sector in this state punches above its weight. According to the 2016 Senate report on the Australian games industry, WA currently produces 7 per cent of Australian games, yet we represented nearly 17 per cent of MCV Pacific’s top 30 women in games.

“It’s a tremendous accolade to WA to have so many people represented on the list this year,” Microsoft’s Michelle Sanford said.

“WA does not have anything near the population density of the east coast, and yet we have a fine group to represent where we sit out on the edge of the world.” This success comes despite a lack of access to the same sort of state government support enjoyed by our counterparts in Victoria, which produces nearly 50 per cent of Australian games, largely thanks to that state level funding.

Game designer, community coordinator and fellow Western Australian, Jess Watson from Let’s Make Games, said it was an honour to be included on the MCV Pacific top 30 among many of her peers.

“I know just how hard they work to forward the local industry. But given what these women have achieved already, it also makes me think about how much bigger the local games industry could become with further support and funding,” she said.

In 2016, the global games industry was worth nearly $US100 billion, according to Newzoo, making it bigger than Hollywood. Since game development has a huge export market and doesn’t require digging expensive holes on the ground or lots of extremely expensive equipment, it’s a bit of a no-brainer in terms of a local industry we should be supporting.

WA is not only competing with Victoria but places countries such as Canada and New Zealand, which have accelerated the growth of their local industries through government subsidies and funding programs. Canada, for example, is now number three in the world in terms of video game production, despite its relatively small population.

Stirfire Studios is an example of the sort of company we should be supporting more of in WA. Stirfire just released its first virtual reality title ‘Symphony of the Machine’ for the HTC Vive, Oculus and Sony’s PS VR. Appropriately, Stirfire was well represented at the MCV Pacific Lunch, with two staff members receiving nods. Appropriately so, as the studio has been a champion for diversity in an industry where, according to a 2016 Entertainment Software Association report, women make up 50 per cent of those playing games, yet only about 10 per cent of those actually making games.

Encouraging diversity in the games industry is not only the right thing to do, it makes economic sense as it can help yield better products. Companies whose development teams have women are more likely to make games that are more appealing to female players.

Moreover, a significant body of research is also now linking diversity with innovation and creativity. Studio director and another of MCV’s top 30 women, Vee Pendergrast, said this link was a key component to the success of the studio.

“We use our diversity of backgrounds both as a tool for our creative process and also as a filter so the best ideas come to the surface and weaker ones get left behind,” she said.

“Our lead creative, expo manager, tech artist and MD are all women. By promoting diversity in background, we want to make the best hiring decisions and encourage ‘different thinkers’ to come to us, because creativity and diverse thinking is at the core of the Stirfire product and brand.”

And this is another thing WA has to be proud of. A scoping survey I did for FTI in 2014 found that WA had 5 per cent more women working in games than the national average, which is significant considering that average is just 10 per cent.

Imagine if WA had 25 per cent of Australia’s games industry, producing diverse games that tell our story, creating new jobs and bringing new revenue and investment into the state. It’s time to leverage what we have.