Opinion: Investment bank Credit Suisse says there could be a new micro-LNG train getting ready to roll in WA, and smaller players such as Beach Energy could be in the driver’s seat. 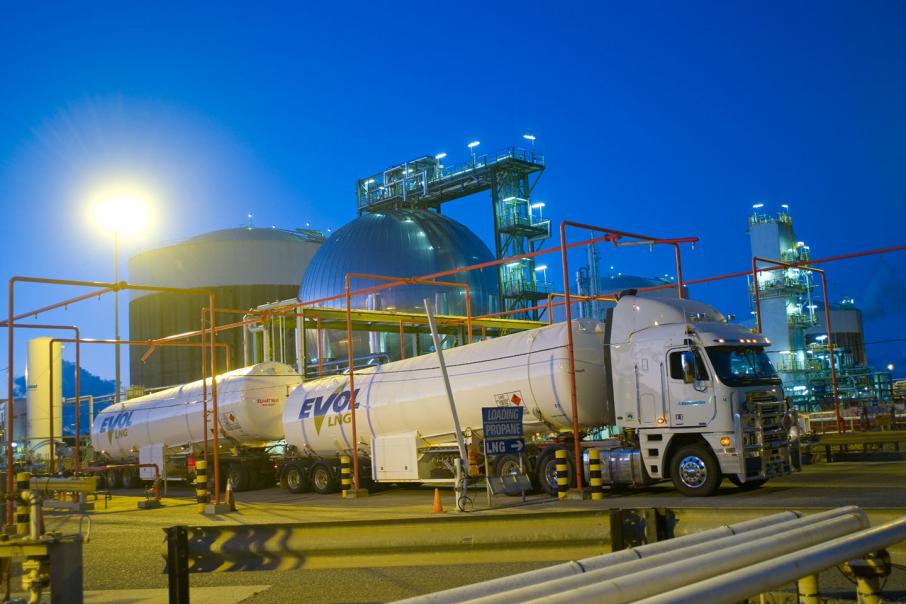 Opinion: Investment bank Credit Suisse says there could be a new micro-LNG train getting ready to roll in WA, and smaller players such as Beach Energy could be in the driver’s seat.

Until now, liquefied natural gas in Western Australia has been an industry largely confined to giant projects in the north of the state such as the Gorgon and North West Shelf developments, but a concept is forming for a mini-LNG export project much closer to Perth.

While perhaps no more yet than a thought bubble, it is possible the Waitsia gas discovery near Dongara could become an LNG exporter, chasing the high prices on offer in Asia for natural gas.

Beach Energy hinted at a possible LNG development in its latest investor briefing when it listed ‘potential export opportunities’ as a way of monetising Waitsia, a relatively small gas discovery compared with the giant gasfields further north.

Trying to sell gas into the crowded WA domestic market is a challenge for Beach and its partner in Waitsia, the Japanese trading house Mitsui.

The big north-west gas producers are able to live with low local prices because domestic gas for them is almost a by-product to the main game of selling LNG to Asia.

The export reference went largely unnoticed, except by analysts at investment bank Credit Suisse, who noted in an Australian gas industry research report that there might be “a new micro-LNG train out west”.

Analysts at the bank said there was the potential for “the west coast domestic gas market becoming linked to the LNG market next decade”.

Exactly how Waitsia could develop a gas export business is yet to be worked out, but the bank’s analysts put forward the prospect of a very small-scale LNG development, with the gas going directly into sea-container like tanks for shipping directly into the Chinese market.

Transporting LNG in containers is not a new concept. Wesfarmers already operates a domestic LNG business under the EVOL name with LNG produced at the company’s Kleenheat gas business at Kwinana supplying a range of customers.

Rapid expansion of the container-based LNG business is expected as demand for low-polluting gas grows. Remote locations are a prime market, as are heavy-haul trucks and ships, which are being forced to switch from bunker oil.

Credit Suisse said the enormous price difference between gas sold in the WA market and that available in Asia was enormous, adding to the potential for Waitsia to become a micro LNG exporter.

Domestic gas delivered by pipeline in WA sells for less than $4 a gigajoule in the spot market, according to the bank, but more than $US20/GJ ($A31/GJ) for trucked LNG in China at times over the past year.

The price difference cited by Credit Suisse is based on data compiled by the oil industry research specialist Wood Mackenzie. If correct, it means that Waitsia gas could be sold in China at a price seven times more than what it fetches in the WA market, which would easily cover transport costs.

Whether Beach and Mitsui make a move into the export market will require careful planning, but the bank had a simple suggestion for that – buy the Wesfarmers Evol business and add an LNG export arm.

“Rather than build a new (LNG) business, we hypothesise that perhaps Mitsui or another LNG hungry party could contemplate buying Wesfarmers’ existing Evol LNG facility, if Wesfarmers were to consider selling as part of its broader (asset) divestment program,” Credit Suisse said.

SHOPPING centre tenants continue to suffer from the impact of competition from internet retailing and rising rents, though the latest round of rent increases could backfire on landlords.

A survey of 20 ASX-listed retailers by investment bank Citi, revealed modest sales growth over the past year of 2.8 per cent, with only a quarter growing sales at more than 4 per cent, which is the level of net growth embedded in the lease agreements of specialty shops.

“This implies that occupancy costs continue to rise for many sitting tenants,” Citi said, with the bank’s final word being a recommendation that investors sell shares in retail landlords because the sector is facing structural and cyclical headwinds.

“If retailers were enjoying rising margins, modestly increasing occupancy costs might be a smaller issue,” Citi said. “The fact that margins are compressing while sales growth is subdued adds to the risk of ongoing pressure on leasing spreads, and landlords’ net operating income growth.”

Translated, the rent demand by some landlords risks driving tenants out of shopping centres, which, in turn, hurts the landlord – a classic vicious circle.