No bar to Revo’s ambitions

Andrew Holder has runs on the board as he sets his sights on a bigger goal. 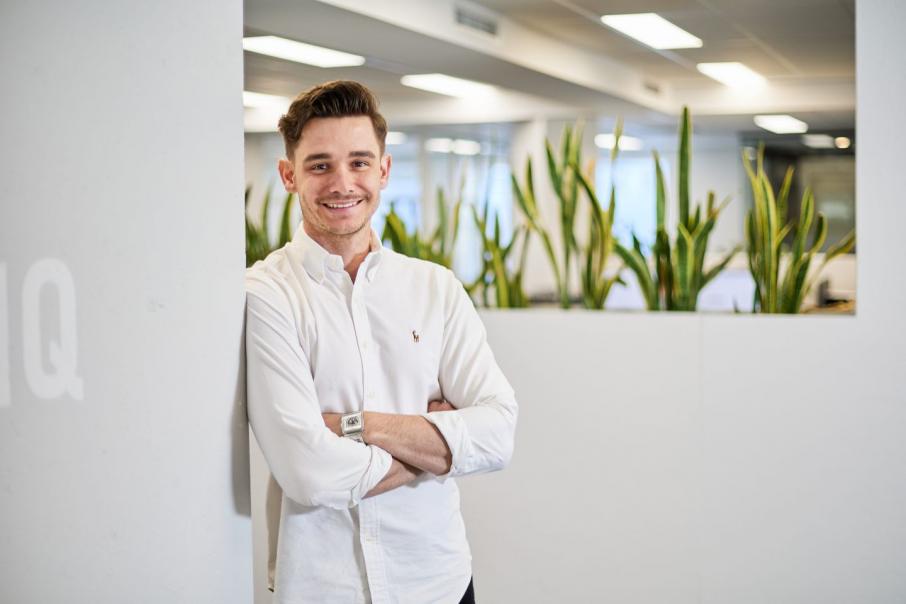 Former cricketer Andrew Holder has built a fitness empire over the past decade.

ANDREW Holder is acutely aware of the fitness industry’s dismal past; a time when it seemed the more prominent the business the more spectacular its demise.

But the youthful chief executive of Revo Fitness believes the model he and his team are rolling out has sustainability at its core.

Starting as a 21-year-old from a small space leased from a sports centre in an old Water Corporation warehouse, Mr Holder’s business has grown to 19 outlets, including three on the east coast, a performance which this year earned him a 40under40 award.

Having harboured ambitions of cricketing greatness that earned him a Sheffield Shield debut for Western Australia, Mr Holder’s studies in marketing, management and entrepreneurship had ignited another passion that belies his youth, business.

“I was working at a sports centre in Shenton Park and saw an opportunity to take some space there and play the high-value, low-cost sector of the market,” Mr Holder tells Business News from the group’s headquarters in Nedlands.

“Because I was into sport and wanting to become a high-performance athlete in cricket, I really valued going to the gym, but I really found it difficult to find a gym that I could associate myself with or something that, as a then 21-year-old, that I would feel like I’d want to be an advocate for.”

He decided to put his business studies to work and started a fitness centre that fit what he saw was an unfulfilled niche in the market.

“So, essentially, I built a company around transparency and simplicity, and catering to a mass market,” Mr Holder said.

“And so, the way I did that was creating high value (with) really good equipment, really good facilities and open-plan spaces for low cost.

“We call it the high-value, low-cost sector of the market and nobody was really playing within that at that time.”

Mr Holder was not even a twinkle in his parents’ eyes when Laurie Potter’s Health Club went bust in 1987, scarring a generation of Western Australians that had just discovered the concept of going to the gym.

Back then, many of the group’s 82,000 club members across 15 gyms had signed up to life memberships.

It was not the first or the last such fitness business to go under, but the industry has changed from those days. Gone are the life memberships and glitzy advertising.

These days customers can pay by the month and there are no lock-in contracts.

Furthermore, Mr Holder said his company had removed all the small additional fees that still unnecessarily annoyed customers or were even used as bait.

“I find it personally quite frustrating when you hear an advertisement online saying they will waive this fee when you know, it’s a fee for the sake of a fee,” he said.

“They’re putting a fee into their marketing to then just remove it.”

He also said Revo would refund to anyone who wanted to back out.

“But last impressions are forever.”

Even though Mr Holder might not have been around long enough to have witnessed some of the worst excesses of his fitness-chain predecessors, he has clearly been a student of entrepreneurial values that differ from some of his more notorious gym-owning predecessors.

But he credits chief financial officer Daniel Rowe, who joined last year, for being an architect of many of the systems that have made the process of opening new shopfronts particularly streamlined, giving the group the confidence to aim to have 100 outlets nationally.

Mr Holder said the lean, low-startup capital, “bootstrapped” approach was fundamental to setting Revo apart, not just from past business models but also the franchisors which dominate the sector today.

The company has used internal profits and cash flow to expand cautiously, only venturing into bigger formats at established retail centres when it was confident of its process.

From its beginnings in an underutilised warehouse space, it now has operations with national shopping centre Scentre as landlord.

“Because we bootstrapped the business, once we had capital available, we would then scale appropriately,” he said.

“And so that sustainability piece in terms of looking at what people perceive the industry to be, you know, big high growth, and then failures, we wanted to make sure that we were a sustainable business and not scale too quickly.

“It is a passionate industry and full of franchisees and really driven by franchise culture within Australia’s health and fitness industry; we just want to make sure that we were sustainable over a long period of time.”

The industry has changed substantially with the advent of the internet, not only as a mechanism for marketing its services, but also connecting the consumer.

For every disruptive element that appears, such as the rise of the connected-home gym during the pandemic, there is an equally beneficial advance.

Mr Holder said that from the start, running the business on his own, he deployed a high level of new technology to ensure he kept all the plates spinning.

As the company grew, that proved to be a strong foundation that helped him overcome the usual challenges of getting bigger.

“I wanted to keep it lean and make sure that we were sustainable for a long period of time, so I really lent into automation and process in the early days in 2012,” he said.

“That meant that I was able to keep my costs and my wages low.

“But then it facilitated our growth and in a much more comfortable way rather than finding that chaos that you speak of.”

Through its expansion, Revo has turned to data analytics to better understand its market and ensure its new clubs are in locations where the demographics will generate a faster return.

“When we opened our sixth location, it was really streamlined with a strong membership base,” Mr Holder said.

“From that point, I realised that this could scale really quickly and really efficiently.

“Obviously, the pandemic happened, and we closed, and we pivoted online.

“And we ended up running our systems through an online portal, which was highly successful, some schools actually utilised it for their sport and rec sessions.

“We were the RAC choice of online fitness platform, so they marketed us through their database and on their website and all that, which was really cool.”

The pandemic has also led Revo to create a training product that takes the automation of personal training to the next level.

In May, the company filed for trademark protection of its Combo boxing and high-intensity training class, which is available to its members in its gyms on screens which allow the user to start the program at any time.

“The constraint is a set time,” he said. “Life just doesn’t work like that anymore.”

Mr Holder said such products helped differentiate Revo from other gyms during the pandemic, which is a global issue that has accelerated a trend towards wellbeing as an extension to health and fitness.

“Moving out of a pandemic, or being in a pandemic, people know the ramifications if they are not in tip top condition and they want to make sure they are looking after themselves whether it’s through nutrition or going for a run outside or going to a gym or creating healthy habits for themselves,” he said.

“There is a huge movement in terms of health and wellbeing and, for us, from a wellbeing standpoint … it’s never been more important to keep your body moving because unfortunately this perspective of anxiety is creeping into society.

“Being locked into our houses, being segregated from the rest of the world, people want that interactivity and that movement and making sure their mental welfare is being looked after, and a good way to do that is get the body moving and make sure you are fit and feeling good about yourself.

“Everyone is trying to find their own way to be more elite whether that is through wellbeing, their own fitness or what they are trying to achieve personally.

“I go to the gym not just to make myself feel good about myself from a mental wellbeing perspective but because I know it will help me in my day-to-day operations in leading this team.”