New LNG projects ahead of schedule

The LNG train is warming up its engines, as two major players gear up for another round of project investment. 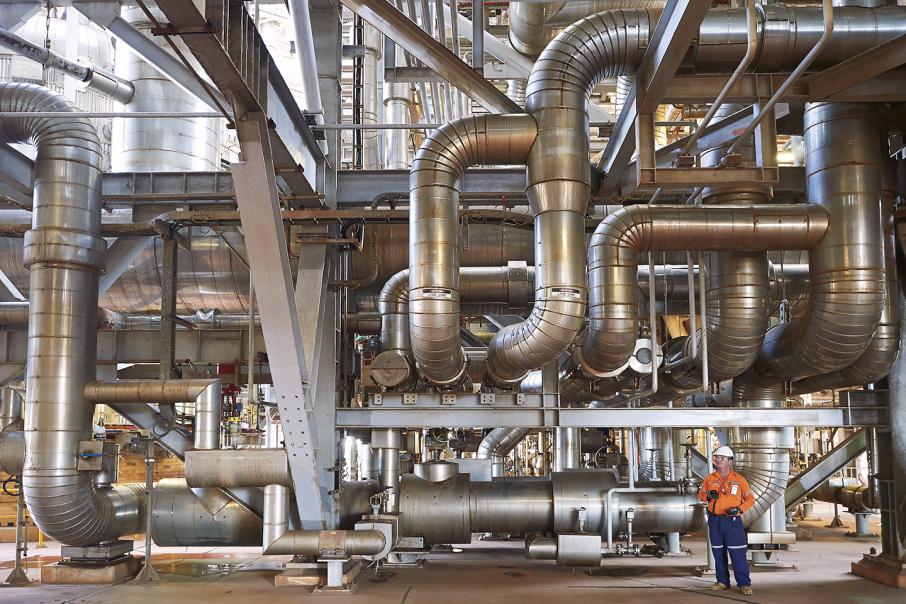 The LNG train is warming up its engines, as two major players gear up for another round of project investment.

Strong demand for gas in Asia, a higher oil price, and the knock-on effects of the US-China trade war have woken Western Australia’s LNG industry earlier than expected, with a series of projects moving quickly towards development commitment.

While no-one is calling the improvement in the outlook for LNG a return to boom conditions, that might change, despite memories of what happened after the last boom – a painful bust.

It is less than 10 years since WA’s economy was boosted by a series of high-cost LNG projects, including Gorgon, Wheatstone, and Prelude.

Costing close to a collective $100 billion, the LNG boom bruised investors with cost overruns and start-up delays, while the WA economy slipped into a prolonged slump after the end of the construction phase of the projects.

Until the past few weeks, the next burst of LNG project development was not expected to start for several years.

However, that expectation appears likely to be overrun by events, with the two biggest players in the WA sector – Chevron and Woodside Petroleum – gearing up for another round of project investment.

Earlier this month, Chevron revealed the development of two remote gasfields to provide feedstock for the North West Shelf LNG plant, in which it is a shareholder.

Chevron’s move, involving the Clio and Acme gasfields, has been matched by Woodside accelerating design work on both the Scarborough and Browse gasfields, with the potential for some of the Scarborough infrastructure being used by Chevron to get its Clio-Acme gas ashore.

But the event that confirmed the heightened level of activity was a recent Woodside show-and-tell tour for financial-market analysts, during which the full extent of what’s likely to happen was explained in detail.

While not open to the news media, the event has generated interest in the investment community, with two of the biggest names in banking – Citi and JP Morgan – sending detailed assessments of Woodside plans to clients.

What the banks took away from the briefing is important for WA because everything planned by Chevron and Woodside will involve local suppliers of goods and services, and probably trigger increased demand for skilled workers and technical experts.

Expanded LNG production for export also means more domestic gas for WA industry, thanks to the state’s 15 per cent retention rule, which ensures an abundant supply of pipeline gas for local industry.

Perhaps the most important observation by the banks on the Woodside tour was that the company is now in such a strong financial position courtesy of higher prices for oil and gas (plus a $2.5 billion share issue in February) that it could push ahead with the Scarborough and Browse projects at the same time.

Citi said the February capital raising would allow Woodside to fund the Scarborough project, as well as pay for its stake in a gas development in the African country of Senegal, maintain its dividend payout ratio at 80 per cent, and fund the Browse project to a final investment decision.

In fact, it could be better than that.

Citi believes conditions in oil and gas have improved to the point where Woodside could possibly fund its share of the capital requirement of the Browse project, which includes a its 900-kilometre pipeline from the Kimberley to the gas processing centre near Karratha.

Details of how the different gas projects will be developed, including potential ownership changes such as the introduction of new investors to minimise risk, are being actively discussed, as well as how Chevron and Woodside might share pipelines and other infrastructure to cut costs.

JP Morgan said a focus of the site visit was the Karratha Life Extension project, which aims to ensure that the ageing North West Shelf facility can remain in production for another 25 to 30 years.

An important step in the life extension project is to align the interests of the different investors in the shelf facility with those in the Browse gasfield.

That could lead to a gas ‘tolling’ submission by the end of the month, or early October.

Tolling is a common arrangement in resources projects, including gold-ore processing, in which the owner of a plant charges a fee for the use of its assets by a miner or, in this case, gas producer.

JP Morgan said that, during a briefing as part of the tour, Woodside management indicated that the Browse joint venture partners were due to meet imminently to review budget proposals for the next 12 months, including (design) concept selection.

Scarborough, a remote gasfield off the Exmouth coast, is also quickly ironing out ownership and gas processing arrangements, which will most probably involve gas being liquefied in the Woodside-controlled Pluto LNG plant.

One of the issues being discussed was how to handle the 25 per cent share of gas owned by BHP in the Scarborough field.

Another was Chevron’s use of Scarborough infrastructure to transport gas from the Clio and Acme fields.

Exactly how the next generation of gasfields off the WA coast are developed is only one part of the newfound optimism in the local oil and gas industry.

A more important factor for the local economy is that the state is likely to have an oversupply of domestic gas for a lot longer than previously expected, and at a price a lot lower than those in other states.

LNG demand, particularly in China, is the primary reason for the accelerating project design and approvals process under way in WA.

Citi said Woodside’s optimism included high prices for spot (uncontracted) cargoes of LNG, which were trading at a very high $US11 per British thermal unit.

JP Morgan said the LNG market was progressively tightening, as evidenced by potential buyers expressing an interest in Scarborough gas on 10-year contracts and increasing Japanese buying of spot cargoes.

Not mentioned, perhaps because it’s a political hot potato, was the deteriorating relationship between China and the US, with exports of oil and gas from the US to China being drawn into their trade war.

Exports of LNG from the US to Europe was mentioned because they are believed to be profitable for US gas producers, with the potential for more US gas heading across the Atlantic rather than into Australia’s backyard, the Pacific.

Because Chinese demand for gas is rising sharply as a result of its countrywide environmental clean-up, it will become an increasingly important market for Australian LNG, especially if the US trade war worsens.

The key point for the WA economy is that the return of LNG project development appears likely to occur several years earlier than expected, which should be a boost to local suppliers, while the prospect of an over-supplied domestic gas market could be good news for industry and households.