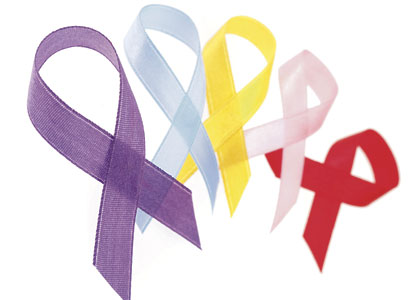 PINNING HOPES: Changes to the definition of charity, governance and regulatory bodies are all on the cards for the not-for-profit sector in 2012. Photo: iStock

The not-for-profit sector is set for a year of reform in 2012, with changes planned for the definition of charity and the relevant tax rules.

The federal government’s new regulatory body, the Australian Charities and Not-for-profits Commission (ACNC), is due to be up and running by July.

The government is consulting industry participants about the ACNC, which is being seen as a ‘one-stop shop’, amalgamating the current regulatory functions of states and territories into one federal body that oversees regulation and governance of the sector.

The intention is to minimise red tape and lower the associated compliance costs which vary from state to state and federally.

But the federal government will need the cooperation of the states with which it has yet to finalise the details of the plan.

Jane Meade, national technical director of accounting and advisory firm RSM Bird Cameron, says this could hinder and possibly delay the establishment of the ACNC by the July 1 deadline.

Ms Meade said that getting the states to hand over responsibility of the regulation of the sector could be challenging.

“We have a lot of state-based legislation in terms of financial reporting for those charities set up as incorporated associations,” Ms Meade said.

“The difficulty is going to be whether the Commonwealth can get the states to agree to hand over that responsibility.

“The consultation out at the moment is trying to set up the framework (for the ACNC), but in practical terms, if they can’t get that agreement and get it under the one banner, it is not going to happen.”

Ms Meade said the January 20 deadline for submissions was combined with the collection of detailed discussion-type papers from the not-for-profit sector and other stakeholders and the pressure would be on to collect and collate enough information.

“They have set a relatively short time frame to achieve this, whether they can (pull it off) is the big question,” she said.

Governance is also on the agenda, with a consultation paper discussing the standardisation of regulation and simplification of compliance.

Proposed governance rules would aim to ensure that all not-for-profit entities operate under appropriate and proportionate governance requirements on  the basis that  they all receive government and public support and must therefore be accountable.

Following the release of the consultation paper Chartered Secretaries Australia (CSA) said all not-for-profit organisations should be required to produce a short-form governance report.

CSA said accountability, transparency, stewardship and ethical decision-making were just as relevant to the local football club as they were for large players in the sector.

“A minimum standard of governance raises important considerations for all NFPs and is absolutely vital to maintain the confidence of donors, members, suppliers and, in fact, anyone who deals with the organisation,” CSA chief executive Tim Sheehy said.

According to CSA, this will include details of who sits on the governing body, their remuneration arrangements, where the money is coming from, what it’s being spent on, what risks the organisation faces and what risk-management processes it has in place.

‘We are not suggesting creating intricate risk-management matrices but simply providing basic, practical information so that anyone can determine at a glance if the organisation is being managed well, the financials are sound and the use of resources is aligned with the organisation’s values and objectives,’’ Mr Sheehy said.