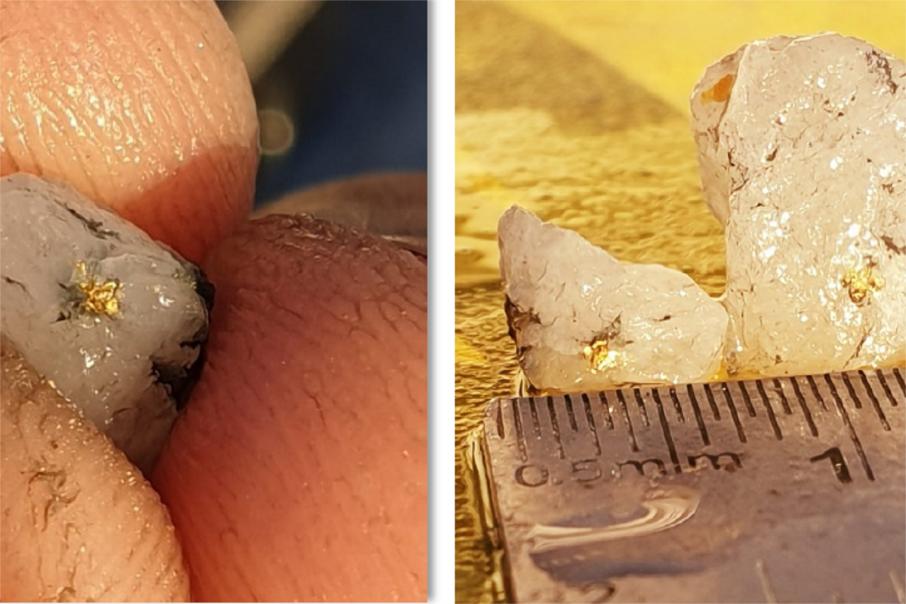 Spectrum Metals has continued to ship high-grade gold intersections from its Phase II drilling program at the Penny North discovery, near Youanmi, WA, this week revealing extensions to a deep, south-plunging ore shoot at the deposit.

If that wasn’t enough, a further three recently completed deeper holes all contained visible traces of gold in quartz veining, with assays currently pending for those holes.

Spectrum Managing Director Paul Adams said: “The Spectrum Board are very encouraged by what we see at Penny North with the latest set of results and the panned gold from three additional holes indicating the expansion of the high‐grade zone at depth. The board has decided to allocate further resources to allow for an expedited drill program.”

The company added that it had scheduled a diamond drilling rig on-site at the Penny West project during August.

The current program is targeting gold mineralisation down-dip and down-plunge to the south at Penny North, which is a similar high-grade shoot orientation to that beneath the historical Penny West open pit operation nearby.

Spectrum said it was encouraged by the presence of the lead sulphide mineral “galena” and zinc sulphide mineral “sphalerite” present at Penny North, which were both also associated with gold mineralisation within the Penny West open cut.

The project is situated about 25km south from the Youanmi mining centre in the strongly endowed Murchison district of Western Australia.

Given the continuous flow of high-grade intercepts being returned from the RC drilling programs at Penny North since its discovery in March, Spectrum might well be looking at a sizeable upgrade to these resource numbers in the future.