Troy Resources’ infill, extensional and exploratory drilling programs at the Ohio Creek prospect of its Karouni project in Guyana have returned high-grade hits of up to 5m @ 27.5g/t gold from 62m down-hole. The results to date indicate that a coherent mineralised ore system is present over a strike length of at least 500m, with widths of up to 20m and a vertical depth of 125m. 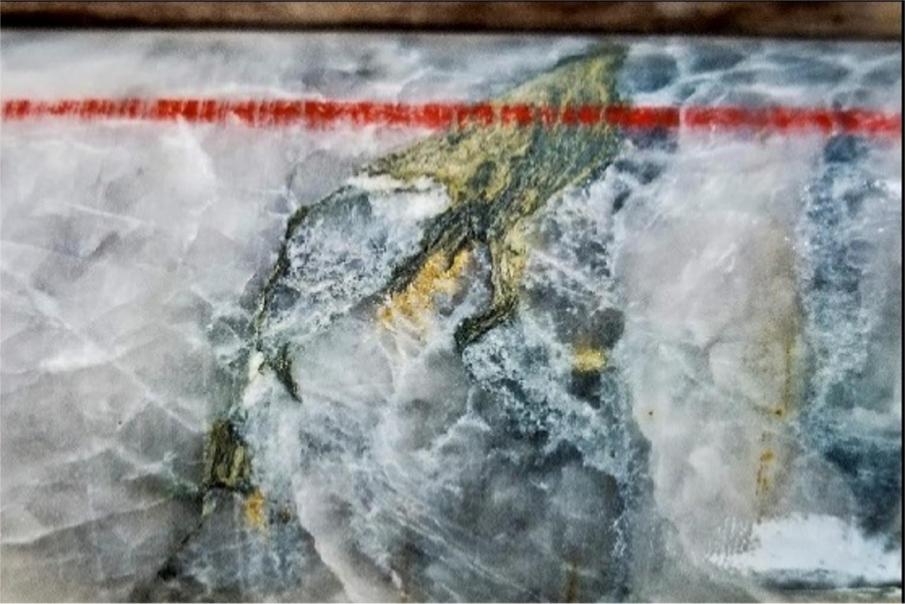 Troy Resources has unearthed more high-grade gold results at its emerging Ohio Creek prospect in Guyana, South America, directly northwest of the historical Tallman open-pit mine and within the prospective “Tallman Corridor”.

Infill drilling returned intersections up to 5 metres grading 27.5 grams per tonne gold from 62m down-hole and a metre section going more than 3 ounces to the tonne from 99m in a separate hole.

The company has now defined the gold mineralisation over 500 metres of strike, which is typically 10m to 20m wide and currently defined to a vertical depth of 125m.

The area is characterised by relatively coherent, near-surface, high-grade mineralisation that the company favours as the site for an open-cut test pit.

Geotechnical and hydrological works will also commence on site shortly.

If that wasn’t enough, the company has also expanded the gold mineralisation even further to the northwest with new exploratory extension drilling over the last month.

The company’s interpretation of this “North” area indicates that the high-grade gold zones are primarily the result of geological and structural controls.

In contrast, previous drilling in the region along strike and southeast from the Tallman pit had demonstrated little evidence for continuance of the gold mineralisation in that area, but a little geological “brainstorming” indicated that it might have been offset further to the south.

The theory has since checked out, with Troy confirming the discovery of gold mineralisation 500m south of the Tallman open pit, which returned 3m @ 11.2g/t gold from 91m down-hole and 6m @ 4.1g/t gold from 25m, directly up-dip of the first intersection.

Further geological work and drilling will now be required to better understand the importance of these new results, according to management.

Troy said that the Ohio Creek gold mineralisation is typically hosted in quartz veins and that coarse, visible gold is commonly present, which bodes well for metallurgical recoveries down the track.

Managing Director Ken Nilsson said: “I am very pleased with the progress at Ohio Creek since the previous ASX announcement. It is good to see the proposed test pit area continuing to stack up geologically, and gold mineralisation being identified in new areas.”

The company is developing a haul road from its main Karouni processing area to a satellite accommodation camp at Ohio Creek, about 10km away, with the work expected to conclude in October.

Troy has also submitted a mining permit for Ohio Creek, which will be supported by the submission of a mine development plan.

Hence, the company is now pedalling fast to complete its resource drilling program at the prospect, which will help define an ore reserve to constitute its initial, near-surface open-pit mine for the exciting gold system.

Ohio Creek forms part of Troy’s larger Karouni gold project in Guyana and the company is focussed on integrating a higher-grade ore supply from the satellite area to support mill feed from the existing Smarts, Larken and Spearpoint pits.

Troy’s ground holdings are located within the same east-west structure hosting the historical Omai gold deposit, 30km away, that produced 3.7 million ounces of gold between 1992 and 2006.

Karouni produced just over 58,000 ounces of gold in the 2018-19 financial year, which was within the company’s guidance figure.

Troy is presently cutting back the Smarts pit and although progress has slowed through the wet season, it expected that higher-grade ore from the Smarts 3 cut back will be accessed by early August at the latest.

At this point, a cashed-up Troy expects to extinguish its outstanding loan repayments by the end of the September quarter – no mean feat considering the debt burden had swollen to USD$75m in 2015.

With the unshackling of this debt and the recent swathe of high-grade gold results from Ohio Creek, the clouds are beginning to lift for the company in South America and the future’s looking much brighter.