More bang needed from each buck

THE state government needs to increase the number of partnerships with the not-for-profit sector with an emphasis on improving access to funding, according to EON Foundation chair Caroline de Mori. 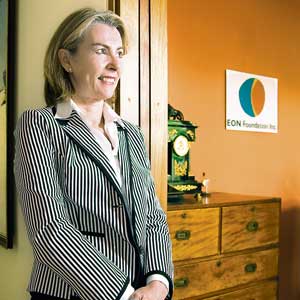 THE state government needs to increase the number of partnerships with the not-for-profit sector with an emphasis on improving access to funding, according to EON Foundation chair Caroline de Mori.

EON, an acronym of Edge of Nowhere, supports innovative, tailored and community-driven "hand-up not hand-out" services and programs not currently delivered by the government.

These include an edible garden concept, launched in 2007 as a way to ensure that education and awareness of a nutritious diet, and the prevention of diseases including type II diabetes, was not impeded by remote communities' lack of access to affordable fruit and vegetables.

In a recent submission to government, Ms de Mori said that, as in private business, a good idea in the not-for-profit sector is only as good as the calibre of the people implementing it, and that emphasis needed to be placed on taxpayer "bang for buck".

She called for the state government to ensure NFP service providers engaged in genuine partnerships with indigenous people with clear and agreed objectives, roles and responsibilities, expectations and timeframes.

The former public relations consultant said taxpayer investments in the NFP sector could be improved if government departments or NFPs did not "operate in silos".

"Competition for power, funding etcetera between government agencies and between not for profits leads to wasted resources and poor outcomes for the community and taxpayer," Ms de Mori said

During the past three years, EON has struggled to secure funding, and although it had received $67,000 for one year from the Royalties for Regions program and $10,000 from Office of Aboriginal Health WA in 2007, the foundation is now totally privately funded.

"The three directors volunteer all their time and skills to EON, plus we have volunteers who provide a lot of the administrative, including book-keeping and accounting, services," Ms de Mori said. "We ensure that 100 per cent of donated funds go into the projects themselves.

"We operate 'virtually' to avoid the overheads of offices [and] we employ three contractors plus use indigenous suppliers and contractors from the communities in which we work."

Ms de Mori said due to funding challenges, relationships with the business community were paramount, with most of EON's support coming from individuals not corporations.

"We have had no funding from big major companies despite attempts," she said. "We have one annual fundraiser but as much as anything, these events are to raise awareness as much as money."

Ms de Mori said disadvantage in indigenous communities had continued for years, with many Aboriginal children not afforded the same opportunities as others in the community.

"As a business person I felt a business approach including innovation, flexibility, nimbleness, problem-solving, financial budgeting and management, negotiating partnerships, setting and achieving goals plus a willingness to listen and learn from those who knew things I didn't, could potentially deliver some outside the square thinking," she said.

EON was established to work with people to: identify, prioritise and support initiatives and projects designed to address problems faced by the indigenous community; provide a range of resources, including cash, professional advice and mentoring, in support of such initiatives; obtain private sector support and corporate sponsorship; and support grassroots and genuine partnerships with indigenous people and communities.