Mining for ideas in Legoland

What chance a theme park filled with remote-operated big boys’ toys in WA? 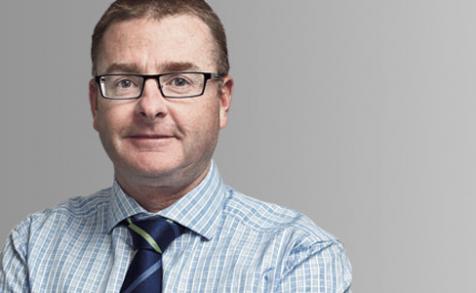 I do have a reputation among my more rusted-on readers for abusing the privilege of taking holidays by using them as material for subsequent writing.

Most often that coincides with an annual jaunt to Rottnest, but I am happy to stretch the friendship with other holidays, such as my recent trip to Europe to which I referred in a comment piece last week.

So it is with that in mind that I mention my visit to the original Legoland in Billund, Denmark, for the second time in 20 years.

The first time I went there, as a 20-something, was simply because we were in the area. Even back then, I recognised that the original Legoland was more than just for kids. Its large-scale displays of miniature European towns not only showed the versatility of this incredible and educational toy but also attempted to provide an understanding of the way industry worked, with many of the displays containing moving elements that represented European commercial activity of the time.

The power of Lego to be able to form the basis of a working canal lock system or show a transport logistics hub is quite amazing for a toy ostensibly aimed at the lower end of primary school.

In the toy world, Lego is to industriousness as GI Joe was to militarism.

This time around I visited Legoland with my children, who were very excited by the chance to see this legendary theme park. And they were not disappointed.

For my kids, both near an age where Lego’s joy is expected to fade, the day was memorable. Nevertheless it was a lesson to me as to how things move on, leading me to question how any organisation can stay true to its roots and whether there was an opportunity here for Western Australia.

Firstly, without being hypercritical of Legoland, it had not quite developed over the decades in ways I had expected.

Sure, the original Lego villages remained, some a little worse for wear after decades of outdoor air, while some new ones had been added – such as an airport including a retired Concorde parked with other historic planes off to the side, and a wind turbine being erected at sea. There was also an amusing Hollywood movie set, with remote cameras visitors could control.

But much of the new Lego displays reflected the company’s commercially successful Star Wars line. I appreciate the product connection, but apart from a little bit of smoke and noise, the opportunity to do something smart was lost. Near static, they offered little in the way of innovative production or an eye to the future of industry.

Lego also sells a computer-linked robotic product but I saw no evidence of this at the park, let alone in the futuristic settings of Star Wars.

The rest of Legoland, well over two thirds of it, is now devoted to theme park rides which, in the main, do little more than offer lip service to the brand. There are the occasional Lego pirate statues, but in the main the roller coasters and water rides could exist anywhere in the world.

Where was the giant warehouse of Lego filled with kids making whatever creations their minds could imagine? The opportunity of providing early training for (going by the number plates in the car park) Scandinavia and northern Europe’s next generation of engineers, appears to have been lost.

Somehow, Legoland seemed like Disneyland without the bits that truly fire up the imagination.

So what does that mean for WA?

I have long wondered if we could have a miniature working mining display, with scaled-down machines remotely operated by children, or even adults in the early stages of training.

My thoughts on this long preceded the introduction by Rio Tinto and others of remote-operated trucks and other equipment, but it helps that the technology is now commercially available.

Tonka trucks on steroids. What a wonderful way to entertain, educate and stimulate the imagination – much as the old Legoland attempted to do.