Middle Island ups the ante at Sandstone after drilling success

Middle Island Resources is set to build on its exceptional success at Sandstone with its Phase 2 drill campaign already underway. The new campaign comes hot on the heels of the company’s recent run of discoveries with five new gold deposits uncovered during Phase 1. The company is looking to upgrade its existing resources whilst keeping one eye firmly trained on even more new discoveries. 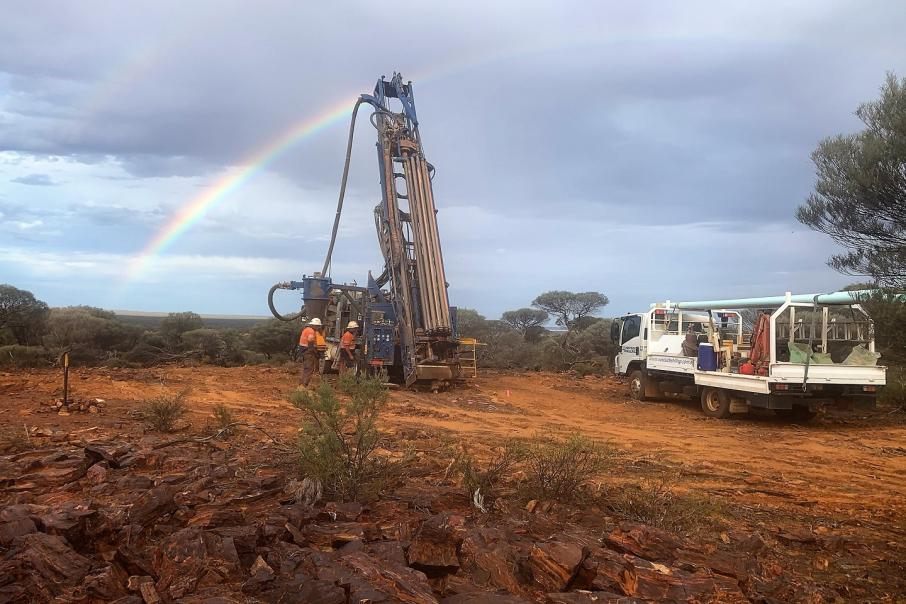 Middle Island Resources is set to build on its exceptional success at Sandstone with its Phase 2 drill campaign already underway. The new campaign comes hot on the heels of the company’s recent run of discoveries with five new gold deposits uncovered during Phase 1. The company is looking to upgrade more of its existing resources from inferred to indicated whilst keeping one eye firmly trained on the possibility of even more new discoveries.

Middle Island’s Sandstone project is in the northern Goldfields of Western Australia. The company began an aggressive exploration campaign in January of this year, with drilling quickly uncovering five new discoveries in proximity to the company’s 100% owned, mothballed Sandstone mill.

Phase 2 of the exploration campaign has commenced and will be split into two separate components – a program of resource definition and exploration drilling.

Resource definition will comprise 222 RC holes for 13,846 metres and 10 deeper, diamond drill holes for around 1,000 metres. The program will focus on the recent discoveries at McClaren, McIntyre, Ridge, Old Town Well and Plum Pudding and it is aimed at a proving up vital resources, adding precious ounces into the company’s ever-growing inventory that it hopes to get to a stage that is suitable for refurbing and switching on the old mill.

Drilling will be undertaken to define the extensions to the Shillington deposit, approximately 2.5 km northeast of the Sandstone mill. Shillington lies immediately adjacent to the company’s impressive Two-Mile Hill deposit, which boasts a resource of 548,000 ounces of gold.

The Phase 2 exploration drilling is yet to be finalised but is being designed to test two new targets within the Sandstone project area.

The first is the extensive ‘Shillington Gap’, covering 1,150 metres of strike between the Shillington deposit and the Ridge discovery. The target is a mineralised and magnetic banded-iron formation which lies hidden below a thin layer of sand and soil cover, potentially explaining why it has evaded detection to-date. The company is currently awaiting the completion of a high-resolution magnetic survey across the northern project area which will be utilised to define the ‘Gap’ target for drill testing.

The second exploration target is the Eureka deposit that is a mere stone's throw from the company’s mill with the potential to add easy ounces to the resource base. Historical drilling at Eureka shows the presence of extensive gold mineralisation adjacent to and beneath the existing open pit.

With one eye on the ever increasing possibility of production now, Middle Island is putting together its preliminary resource estimates for the recent discoveries and it is undertaking pit optimisation studies over these deposits. The company is looking to include this key development into an updated feasibility study scheduled for release following the Phase 2 work program.

Middle Island remains well funded and looks set to continue its run of success with the drill bit, with drilling designed to convert its new discoveries into mineable deposits as the company continues to breathe new life into the once revered Sandstone mineral province.