Middle Island Resources has strongly reaffirmed its plan to consolidate the neighbouring gold holdings in the Sandstone region of WA, by releasing an updated Supplementary Bidder’s Statement for its all-scrip, off-market takeover of Alto Metals that it launched during the June quarter. In doing so, it has also agreed to publicly waive a condition breach related to a shortfall of securities issued by Alto earlier this year. 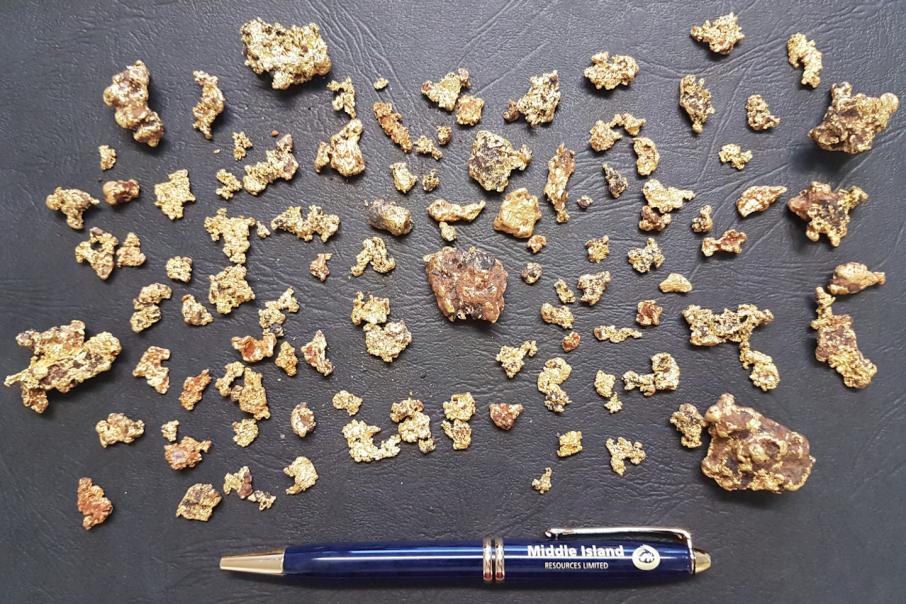 The Perth-based company this week lodged a further Supplementary Bidder’s Statement with ASIC relating to the takeover bid.

At the request of ASIC, Middle Island has agreed to publicly waive a condition breach related to the issuing of new securities by Alto in May, parting the clouds somewhat for the renewed bid.

When the offer was first announced, it valued the takeover target at $9.3 million, representing a 61% premium of its then market capitalisation.

Middle Island subsequently said the issuing of these shortfall securities had breached a defeating condition set out in the Bidder’s Statement and the company reserved its rights to either allow the offer to lapse or, on the grounds of the condition breach, apply for ASIC’s consent to withdraw it.

During August, the company asked the regulator if it was able to extend the offer to cover the shortfall shares and any other ordinary shares issued by Alto prior to the end of the offer period, as a result of any shortfall options being exercised.

ASIC granted the modification, on the condition that Middle Island issue a Supplementary Bidder’s Statement and publicly announce it would waive the condition breach – which it has now done.

As a result, the new offer – which closes in November - will now incorporate both the shortfall shares recently issued and any Alto stock issued as a result of shortfall options being exercised - provided these securities are issued before the end of the offer period.

The Middle Island bid initially involved an all-scrip off-market consideration of five of its fully paid ordinary shares for every Alto share.

This share exchange has now increased to six-for-one in the latest Supplementary Bidder’s Statement.

Alto’s principal asset is the Sandstone gold project, which covers around 80% of the 800 square kilometre Sandstone greenstone belt and it sits adjacent to Middle Island’s landholdings near the town of Sandstone in WA’s prospective Murchison region.

It has also defined a significant underground exploration target of between 24 million to 34 million tonnes grading between 1.1g/t gold and 1.4g/t gold for 0.9 million to 1.5 million ounces of gold at the Two Mile Hill Tonalite Deeps mineralisation.

Importantly, Middle Island brings its own mothballed mill and associated mining plant to the deal which is located on site. Whilst it does require some upgrading, it should still dramatically reduce any future capital requirements to mine either Alto’s or Middle Island’s deposits.

Middle Island has in the past, said it would integrate Alto’s assets with its Sandstone gold project and immediately embark on an updated feasibility study incorporating the combined resources with a view to determining the economics of recommissioning the Sandstone gold plant.