ASX-listed aspiring gold developer, Middle Island Resources, appears to have another satellite deposit unfolding at its Sandstone gold project in the central Goldfields of WA as it works towards building a mineable resource inventory to support a strategy of recommissioning the mine site’s mothballed processing plant. The new McIntyre deposit recently returned better intersections of 13m grading 1.94 g/t gold and 9m at 3.53 g/t. 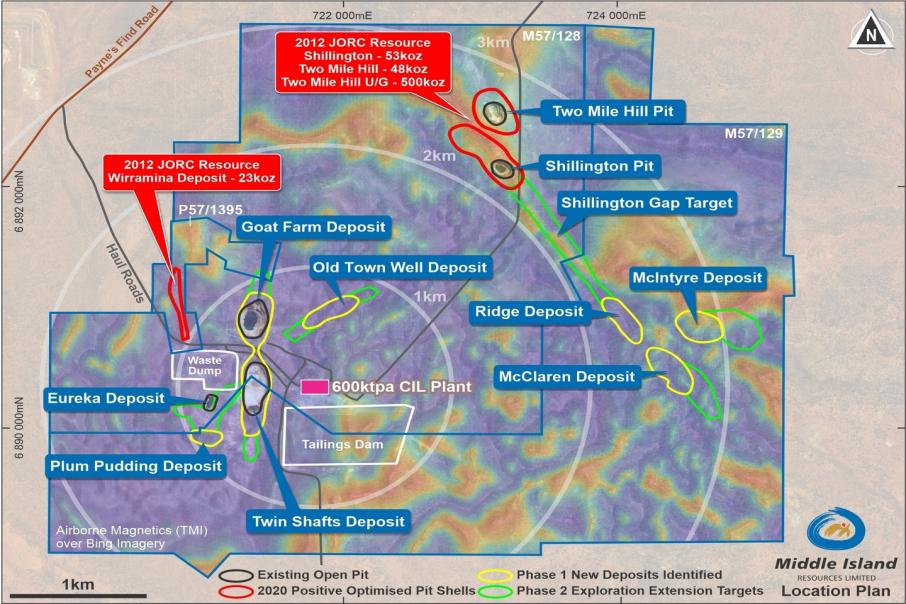 ASX-listed aspiring gold developer, Middle Island Resources, appears to have another satellite deposit unfolding at its Sandstone gold project in the central Goldfields of WA as it works towards building a mineable resource inventory to support a strategy of recommissioning the mine site’s mothballed processing plant.

Only last week, the Perth-based company increased the overall Sandstone indicated and inferred resource to 17.97 million tonnes going 1.13 grams per tonne for a contained 650,600 ounces of gold following a 52 per cent jump in the resource for the Shillington open pit deposit to 80,700 ounces.

According to company management, there is a high likelihood the McIntyre prospect will make a significant contribution to the resource inventory that will drive the proposed mill recommissioning at the project’s on-site gold processing plant.

McIntyre is one of a cluster of three proximal satellite gold deposits, the others being McClaren and Ridge. Bonanza intercepts of 4m grading a whopping 99.5 grams per tonne gold from 13m along with 4m at 50.5 g/t from 3m have been encountered at Ridge, while over at McClaren, 4m at 90.6 g/t from 60m was the recent headline number.

The Ridge, McClaren and McIntyre prospects are hosted within the south-east extension of the Shillington BIF package, located on a granted mining lease 2.5km from Middle Island’s Sandstone treatment plant.

Assay results for four other satellite deposits are anticipated to be reported in coming weeks.

Phase two of the company’s drilling blitz is focused exclusively on infilling and extending satellite deposits with a view to delineating open-pittable resources to potentially work into pit re-optimisation studies and help underpin the planned Sandstone full feasibility study.

Middle Island is debt free and well-funded to complete both the drilling and full feasibility study, the latter of which is slated for completion by the end of the year.

With a record gold price improving the economics of reviving historic gold projects every day, Middle Island looks to have plenty of opportunities to eke out further near-surface resources and push ahead with the proposed recommissioning and gold production restart at Sandstone. 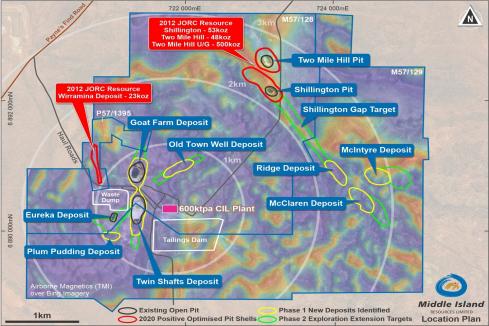 Middle Island hits 12.5 ounces to the tonne gold at Sandstone 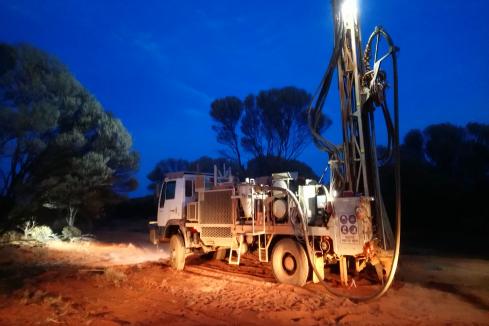 Middle Island at 650,000 ounces and counting 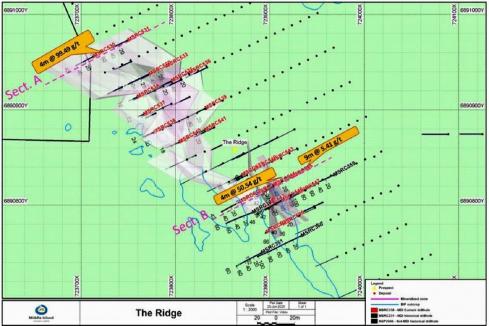 Middle Island ups the ante at Sandstone after drilling success