Middle Island Resources has completed a re-optimisation mining study at its Sandstone gold project in WA and with elevated gold prices and new pit wall parameters improving on the 2016 PFS results, the updated work now captures 75% of the global mineral resources in proposed pits. The company is also looking to recommission the Sandstone plant on a standalone basis after studies confirmed it could be refurbished over 16 weeks for only $10.3m. 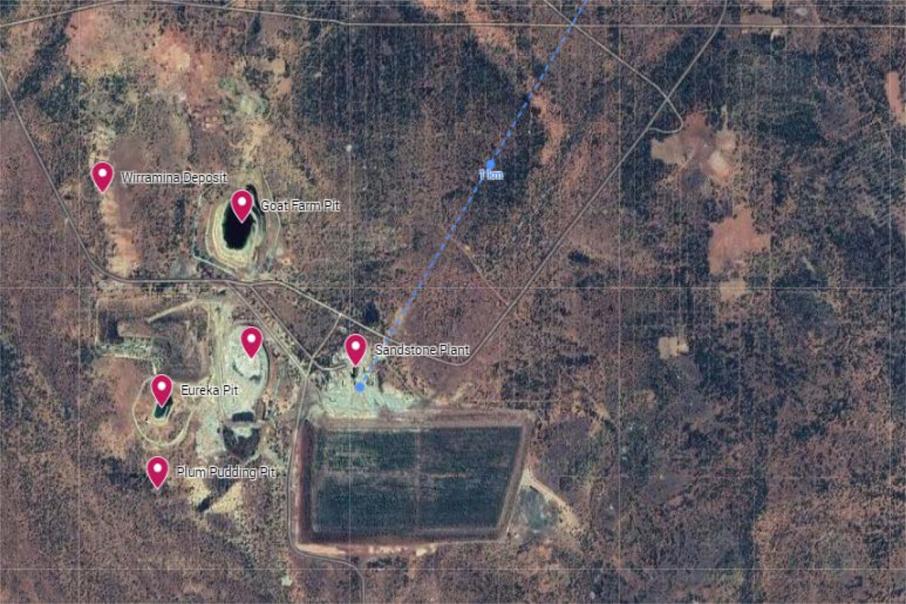 ASX-listed gold developer, Middle Island Resources, has run the ruler over its Sandstone gold project in the Murchison region of WA, saying that at current gold prices and with refined open-pit wall angles, 75% of its defined JORC-compliant global resources now can now be captured in proposed open pits.

The company’s original PFS study dates back nearly three years when its base-case gold price scenario sat more than 25% below the current prevailing price of AUD$2,180 per ounce.

Middle Island also tweaked the pit wall slopes in its re-optimisation study to emulate the existing pit wall shapes at the Sandstone project, which have stood up remarkably well, more than 15 years after productive mining ceased.

The company said it is now updating the PFS for Sandstone, which is scheduled for completion in the current quarter.

Perth-based GR Engineering Services has confirmed that Middle Island’s existing mothballed processing facility at Sandstone could be refurbished at a cost of just $10.3m over about 16 weeks and based on the recent positive re-optimisation numbers, the company is now looking to recommission the plant on a standalone basis.

Management said that it has now commenced discussions on financing of the plant revamp and recommissioning with third parties and added that all permits are in place to re-commence open-pit mining, once the plant is humming again.

Middle Island is still pursuing its takeover offer of Alto Metals, who largely hold the balance of the Sandstone greenstone belt in the region that is proximal to the Sandstone plant and surrounding infrastructure.

Middle Island has updated its mineral resources for Sandstone to JORC 2012 compliant standards with the global resource now sitting at just under 3 million tonnes grading 1.32g/t gold for 125,300 ounces.

The company has also defined a significant underground exploration target of between 24 million to 34 million tonnes grading between 1.1g/t gold and 1.4g/t gold for 0.9 million to 1.5 million ounces of gold at its Two Mile Hill Tonalite Deeps mineralisation within that same project.

Earlier this month, Middle Island doubled down on its plans to consolidate all neighbouring gold holdings in the Sandstone region, by renewing its all-scrip, off-market takeover bid for fellow gold explorer, Alto Metals.

At the request of ASIC, Middle Island agreed to publicly waive a condition breach related to the issuing of new securities by Alto in May, parting the clouds somewhat for the renewed bid.

When the offer was first announced, it valued the Alto at $9.3 million, representing a 61% premium to its then market capitalisation.

The original Middle Island bid involved an all-scrip off-market consideration of five of its fully paid ordinary shares for every Alto share, which it has now increased to six-for-one in the latest Supplementary Bidder’s Statement.

Alto’s principal asset is its Sandstone gold project, which covers around 80% of the 800 square kilometre Sandstone greenstone belt and sits adjacent to Middle Island’s landholdings near the town of Sandstone in WA.

Middle Island has said in the past that if its bid for Alto was ultimately successful, it would integrate that company’s gold assets with its Sandstone project and immediately embark on more comprehensive feasibility studies for the combined position.