Middle Island continues to pile more gold into its inventory at Sandstone, with the company tabling its maiden resources for both the Plum Pudding and Old Town Well discoveries increasing its resource book at the developing WA gold project to 692,000 ounces. The company’s updated feasibility study for Sandstone is scheduled for release in the coming months. 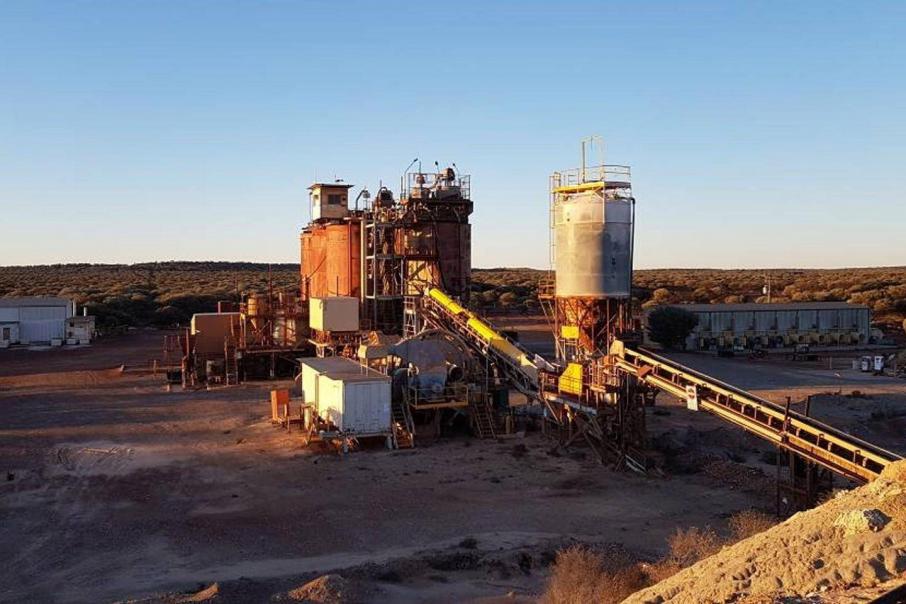 Middle Island Resources continues to pile more gold into its inventory at Sandstone with the company tabling its maiden resources for both the Plum Pudding and Old Town Well discoveries, increasing its resource book at the developing WA gold project to 692,000 ounces.

The maiden resources for the company’s two newest discoveries add a further 24,200 ounces of gold into the company’s steadily building inventory, with a plethora of additional resource estimates yet to be finalised.

“Mineral Resources comprising the Plum Pudding and Old Town Well open pit satellite deposits increase total Sandstone project Mineral Resources to 692,000oz gold and will make a meaningful contribution to the current feasibility study. The deposits will now be optimised, and mine designs prepared to determine Ore Reserves likely to contribute to the FS (Feasibility Study).”

“Pending receipt of final resource definition samples backlogged in the assay laboratory, we look forward to finalising the remaining deposit estimates, being extensions to Goat Farm and Twin Shafts, and maiden estimates for the new Ridge, McClaren and McIntyre satellite deposits.”

Middle Island’s Sandstone gold project is located in Western Australia’s northern Yilgarn Craton. Sandstone has a long history of profitable gold production, with artisanal mining in the region dating back over 100 years. More recently, modern open-pit mining was undertaken by Herald Resources in the 1990s and later Troy Resources, who placed the operation on care and maintenance in 2010. The Sandstone goldfield is estimated to have produced more than 1 million ounces of gold to date.

The company acquired the project from the receivers of privateers Black Oak back in 2016 and set about a detailed review of the region. This evaluation by the Yeates-led company culminated in a massive drilling program across the company’s tenure at Sandstone, that kicked off earlier this year.

A combined program of reverse circulation, or “RC” and diamond drilling commenced in April 2020 and has proven exceedingly successful, with the program at one-point unearthing new gold deposits at a rate of close to one discovery per week.

The success of that campaign was reflected in the company’s share price scaling more than 300 per cent higher from an April low of 0.8c to a peak of 2.5c in late July. Middle Island shares closed steady at 1.7c at the bell on Friday.

Middle Island has completed around 50,000m of drilling in the last few months, unearthing five new, near-surface, gold discoveries within a 3km radius of the Sandstone mill. The company has now knuckled down to work as the assay results continue to stream in, with the development program focused on the modelling of the new resources and proposed open pits for incorporation into an updated feasibility study.

The maiden resource for the Plum Pudding discovery weighs in at 419,000 tonnes at 1.1 g/t gold for 14,100 ounces whilst the Old Town Well deposit is estimated at 351,000 tonnes at 0.9 g/t gold for 10,100 ounces. Most of these tonnes in these resources sit within the more desired ‘indicated’ category with initial modelling demonstrating that the deposits can be extracted utilising conventional open-pit mining techniques. Preliminary metallurgical work points towards gold recoveries of over 90 per cent.

The company is currently awaiting assay results from a sizable portion of the recently completed drilling. However, the increased workload at the laboratories in WA, as a result of the massive surge in exploration activity, has added pause to the process.

Middle Island says it expects to release the updated resources for the Goat Farm and Twin Shafts deposits on receipt of assay results and at the same time is eagerly awaiting the completed modelling of the maiden resources over the Ridge, McIntyre and McClaren discoveries.

With its Sandstone gold inventory steadily on the rise and a bevy of readily accessible open-pit discoveries within a stone’s throw of its mothballed mill, the company is hoping to quickly join the coveted ranks of WA’s gold producers. Middle Island’s updated feasibility study, scheduled for release in the coming months, suggests it may not be long before the Sandstone goldfield springs back to life.