Middle Island Resources has pulled out all stops to get its Sandstone gold project feasibility study on the street by early in the new year. The company has cleared its backlog of samples in the assay lab, paving the way for the completion of the resource estimates over its recent gold discoveries and open pit optimisation work with the goal being first gold by 2021. 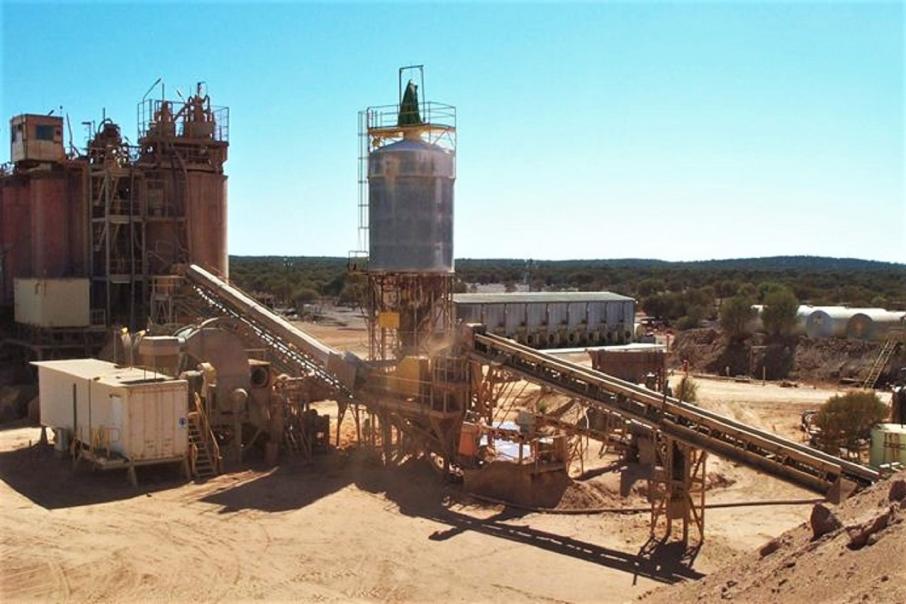 Middle Island Resources has pulled out all stops to get its Sandstone gold project feasibility study on the street by early in the new year. The company has cleared its backlog of samples in the assay lab, paving the way for the completion of the resource estimates over its recent gold discoveries and open pit optimisation work with the goal being first gold by 2021.

“Having resolved the backlog of some 10,000 resource definition samples in the assay laboratory, we now have a clearer line of sight on the FS schedule and, therefore, in a position to provide a timely update on FS progress.”

“Assuming a positive recommissioning decision during or before January 2021, and that remaining statutory approvals are forthcoming in a timely manner, there is every reason to anticipate that the Sandstone gold operation will be recommissioned in the September quarter of 2021. “

Middle Island’s Sandstone gold project is located in the central goldfields of Western Australia’s northern Yilgarn Craton. Sandstone has a long history of profitable gold production, with artisanal mining dating back more than a century. Modern open-pit gold mining kicked off in the 1990s, initially by Herald Resources, who then passed the baton to Troy Resources. Troy exploited the rich-gold lodes surrounding the Sandstone gold mill until 2010 when the plant was placed on care and maintenance. Middle Island acquired the operation in 2016 and has been busy ever since adding more ounces to the project courtesy of a bevy of newly discovered satellite deposits.

The company’s current feasibility study, or “FS” is the culmination of a dedicated program of development drilling and engineering studies focused on the reactivation of the historic Sandstone goldfield. The company has ploughed more than 50,000m of drilling into the project since April and its focus has largely been on exploration within the shadow of the existing mill. Drilling to-date has outlined ten gold deposits within 3km of the mill of which five are new discoveries.

The ongoing feasibility study includes detailed open pit and mine design, which also incorporates geotechnical engineering and has now been completed on five of the resource areas. A raft of samples from the various deposits are being prepared for metallurgical test work whilst the hydrologists also look at the various dewatering and water supply options for the emerging operation.

Middle Island has once again turned to industry stalwarts GR Engineering, to undertake a review of its Sandstone plant and infrastructure. GR is intimately familiar with the operation, having previously quoted on a reactivation of the mill back in 2016. Its new brief from Middle Island includes the refurbishment of the plant to operational status, in addition to assessing potential bottlenecks to production. GR is also providing a cost estimate of upgrading the mill to 750,000 tonnes per annum processing capacity - a 25 per cent increase from its nameplate 600,000 tonne per annum capacity.

The company is also carrying out an assessment of all of the supporting infrastructure and is currently receiving cost estimates on various aspects of the operation from expansion of the existing tailings facility through to refurbishment of the Sandstone accommodation village.

Middle Island is expecting the various aspects of its feasibility study to be completed prior to the close of 2020 and has scheduled the study for release in January 2021. The company is also expecting to complete funding for the refurbishment and reactivation of the operation during the same time period.

The Sandstone goldfield is estimated to have produced more than one million ounces of gold to date and following Middle Island’s success with the drill bit through 2020, it seems that there is plenty still left in the ground.

With the company’s feasibility study nearing completion and gold tracking above A$2,600 an ounce, this resurgent goldfield looks set jump back to life in 2021.