Middle Island Resources has started a major, multi-phase drilling campaign at its 100%-owned Sandstone gold project in central WA. The company says the campaign, slated for completion by the end of the March quarter, has the potential to add significant open pit mineral resources to the gold project and take it a step closer to the recommissioning of the old mothballed mill on-site. 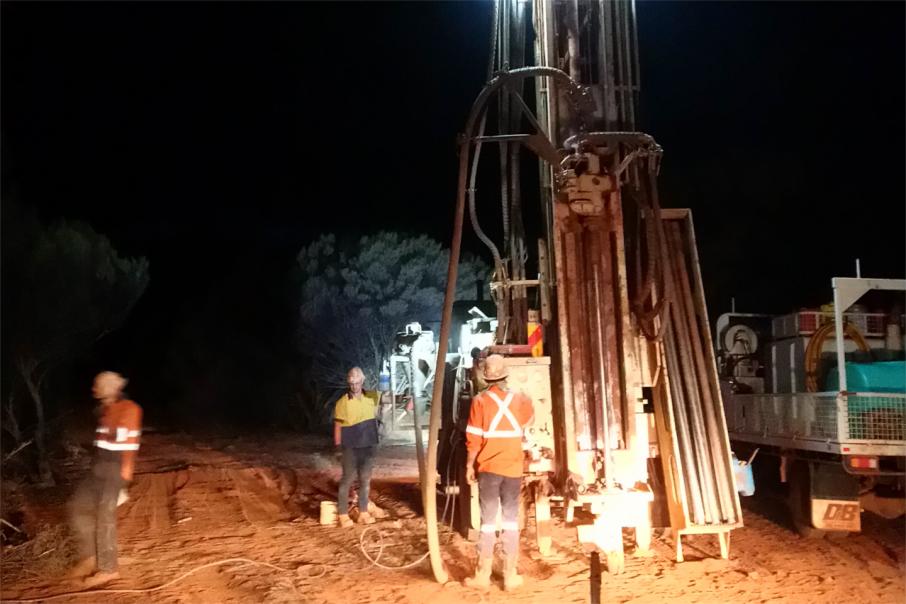 Middle Island Resources has embarked on a major, multi-phase 17,400m open pit drilling campaign at its wholly-owned Sandstone gold project in central WA that has the potential to add significant mineral resources to the project.

The aspiring gold miner said this week that the drilling campaign presently underway, is aiming to define additional gold ounces and enhance the economics of the pre-feasibility study or “PFS”.

The ultimate goal for Middle Island is to get the project economics to a point where it is viable to recommission the old mill that is still on-site.

The new drilling campaign will extend or assess some 17, long-standing, prioritised open pit gold targets and deposits with the majority sitting on fully permitted mining leases.

All are within 5km of the company’s 600ktpa mothballed processing plant.

The campaign will comprise an initial aircore program to primarily refine the existing targets, followed by two phases of RC drilling for resource definition purposes and a limited program of oxide diamond coring to provide material for additional bulk density determinations and confirm the metallurgical, geotechnical and waste characterisation parameters.

The West Perth based company is planning to complete the entire 17,400m campaign by the end of the March quarter, with a view to recommencing the updated PFS in the June quarter.

Middle Island Managing Director, Rick Yeates, described the campaign as a “rare opportunity” to realise a long-held ambition to deploy significant drilling metres across a multitude of targets that have remained untested due to previous financial constraints.

He said; “The planned multi-phase drilling campaign has the potential to add significant open pit mineral resources to the Sandstone gold project.”

“With the Australian dollar gold price near record levels, any additional mineral resources identified during the drilling campaign should significantly enhance the outcome of the updated PFS … hopefully leading to a positive recommissioning decision once completed.”

The ambitious campaign comes as the company commences 2020 well-funded, with around $2.8 million in cash and underwritten commitments at a time of near record Australian dollar gold prices.

“Middle Island Directors acknowledge Stephen Copulos and his associates for their vision in identifying, not only the more immediate gold production scenario, but endorsing a broader vision to create a significant regional gold processing hub, centred on Middle Island’s Sandstone processing plant, via cornerstone investments in the recent and current capital raisings,” Yeates said.