Middle Island Resources is hitting its straps at Sandstone with the latest drilling results from its Ridgeway discovery delivering outstanding high-grade intercepts including 4 metres at 99.5 g/t gold which hosts a 1 metre resample topping the scales at an extraordinary 390 g/t gold. This continues a run of impressive results from the company which has seen it bank five new gold deposits since the start of the year. 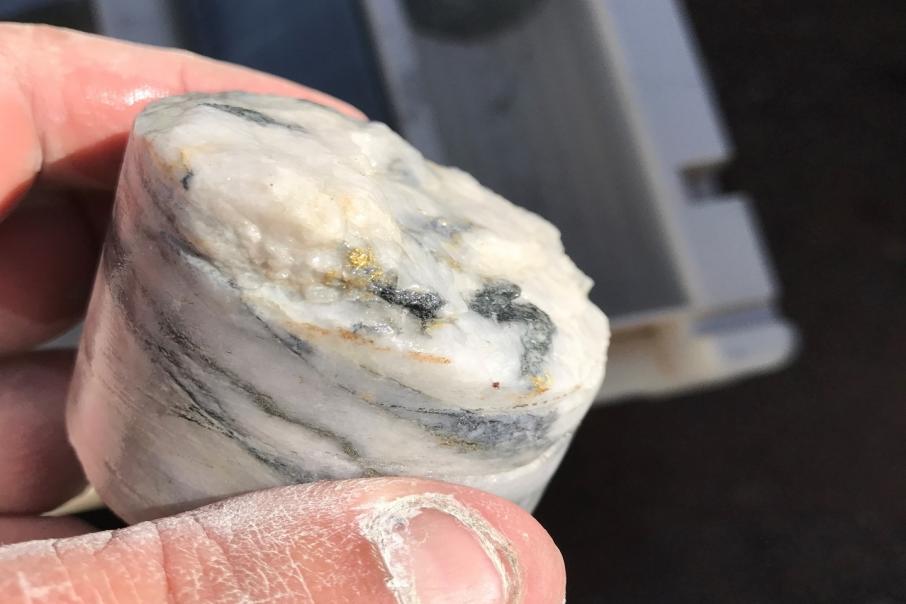 Middle Island Resources is really starting to hit its straps now at Sandstone in WA with the latest results from its Ridge gold discovery delivering a stunning high-grade drill intercept of 4 metres at 99.5 g/t gold which includes a 1 metre resample topping the scales at an extraordinary 390 g/t gold. The company says this is only the beginning of results from the Ridge deposit with a lab full of samples yet to be reported.

Middle Island owns the Sandstone gold project is in the northern Goldfields of Western Australia. The project consists of a strategic land holding surrounding the company’s 100%-owned Sandstone gold plant that was mothballed many years ago by a previous owner.

The company kicked off an aggressive drilling campaign earlier this year with this latest announcement continuing an impressive run of results. Systematic drilling through the established Sandstone goldfield has resulted in the Phase 1 program uncovering five new gold deposits in just the first few months of this year.

With the company now closing in on the midway point of its Phase 2 drilling program, the various prospects are starting to show their true colours with resource definition over the recent discoveries at McClaren, McIntyre, Old Town Well and Ridge nearing completion – samples from this component of the drill campaign are just starting to be reported by the lab.


In a welcome surprise, the northern most Phase 2 drill hole at the Ridge discovery has returned a stunning intercept of 4 metres at 99.5 g/t gold from only 13 metres down-hole. However, resampling of this interval has delivered an extraordinary 1 metre at 390 g/t gold from just 14 metres down hole.

This impressive gold mineralisation at Ridge is hosted by a banded iron formation, or “BIF” that is interpreted to extend over several kilometres of strike and ties the exploration program very neatly into the company’s next target – the Shillington Gap.

Shillington Gap is a covered target that connects the Ridge deposit with the Shillington open pit more than 2 km to the northwest – an extensive area with plenty of room for additional high-grade discoveries. Middle Island intends to test this priority target as part of the upcoming exploration and extensional drilling component of the Phase 2 program.

In preparation for drilling the Shillington Gap, and other extensional targets, Middle Island has recently completed a detailed drone survey over the company’s tenure. The survey gathered a multitude of vital geophysical data including magnetics, radiometrics and a digital terrain model which is now being modelled to assist in the design of the ongoing drilling program set to commence over the coming weeks.

Middle Island’s continued success at Sandstone delivers a welcome confidence boost for the company and with more than 9,000 metres of the Phase 2 program already in the bag and multiple results still outstanding, news flow should not be a problem over the next few weeks.