ASX explorer Middle Island Resources’ diamond drilling campaign at the Two Mile Hill gold deposit in Western Australia has had a fantastic start with the first hole intersecting 8m @ 14.5g/t gold in the a banded iron formation. This style of mineralisation adds to the more substantial, but lower grade, adjacent tonalite-hosted style mineralisation in the deposit. 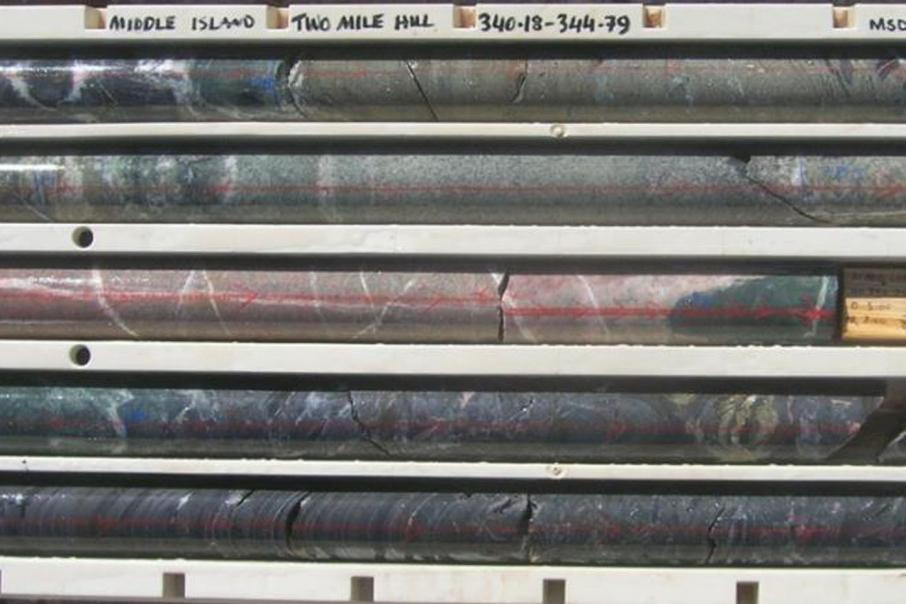 The new notable interval was 8 metres long grading an impressive 14.5 grams per tonne gold from 334 metres including 2m at a very significant 54g/t gold intersected in the sparsely drilled middle banded iron formation.

This style of mineralisation adds to the more substantial, but lower grade, adjacent tonalite-hosted mineralisation which is essentially a 700m deep vertical mineralised plug going around 1.1 grams per tonne or slightly higher

The intercept marks the first time that significant gold mineralisation has been identified within brecciated elements of the stacked banded iron formations at Two Mile Hill.

Middle Island Managing Director Rick Yeates said: “Although only a secondary objective of the resource definition drilling, it is extremely pleasing to identify such a strong, higher grade gold intercept of BIF-hosted mineralisation in the very first hole of the program.”

“It is also extremely encouraging to identify a further example of this style of mineralisation within the middle BIF unit, as the majority of previous intercepts have been in the more extensively drilled, upper BIF unit.”

The recently completed drilling campaign is focused on the upper half of the Two Mile Hill tonalite deeps deposit and was designed to infill the existing drilling.

It was also intended to generate the maximum number of intersections on the adjacent banded iron formations that are known to host high grade, pyrite replacement style gold mineralisation.

At Two Mile Hill, more than 96% of the gold mineralisation is hosted in quartz veining within a barren tonalite.

The tonalite plug is 250m long and 80-90m wide at surface and located 4km north of the Middle Island’s 600,000tpa Sandstone gold processing plant via an existing haul road.

Last month, the company said it can increase gold head grades at Sandstone by between 155% and 213% by using a simple “ore sorting” method to weed out more waste rock from the mineralised rock.

Middle Island’s second stage ore sorting investigative campaign has already demonstrated that Two Mile Hill ore can be significantly upgraded via a combination of optical colour scanning and X-raying, potentially enhancing the economics of the project.