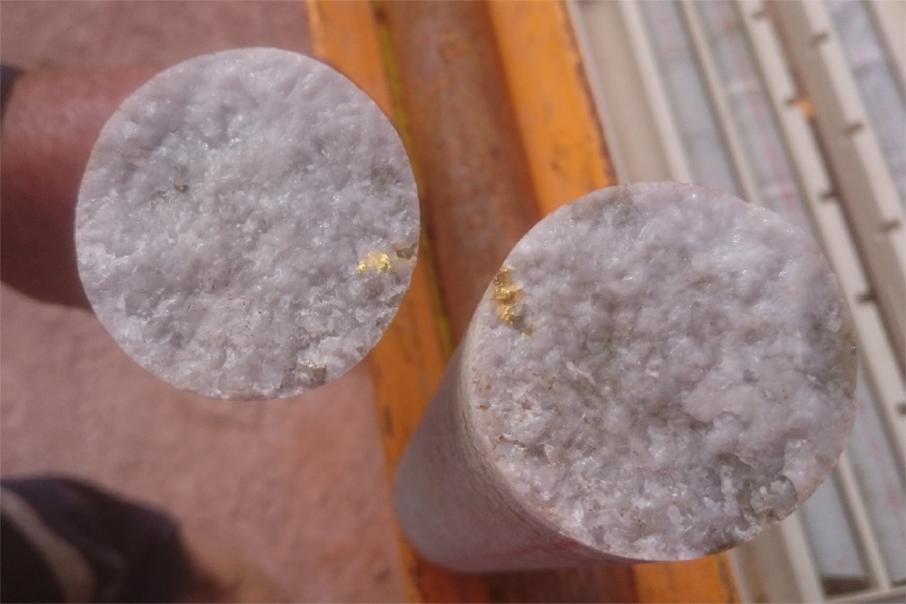 Previous sighter tests and two scoping trials of ore composites from the deposit have proved highly successful in upgrading the gold mineralisation in sorted ore parcels, with the current test work program set to be completed by the 19th June.

The X-Ray sensors sort crushed ore streams based on their bulk density, with gold and sulphide minerals having a much higher density than that of the quartz waste rock at Two Mile Hill.

Colour sensors use optical properties of the quartz to separate the host rock waste from the valuable gold and sulphide mineral products.

Middle Island’s preliminary test work showed that ore sorting could deliver an increase in overall grade of between 185% - 257% with gold recoveries in excess of 93%.

A positive ore sorting outcome for the Two Mile Hill deposit, has the potential to significantly reduce the company’s unit haulage and process operating costs, thereby optimising the venture and increasing efficiency and hence value.

Once the program has concluded, final assay results are expected to become available in early July.

“Middle Island looks forward to reporting the results of drilling and ore sorting during the June and September quarters of 2018.”

The current mineral resource inventory for the Sandstone gold project is just over 12 million tonnes grading 1.38g/t gold for 537,000 ounces, with some small tonnages not yet 2012 JORC-compliant.

The project extends from 140m to 700m deep below the base of the quantified open pit resources.