Middle Island Resources is keeping the momentum going at its Sandstone gold project in WA with a slew of holes to be drilled at greenfield targets during the first half of 2019. The program is aimed at identifying and quantifying additional open pit deposits of sufficient scale and grade to facilitate a recommissioning of the historic gold operation. 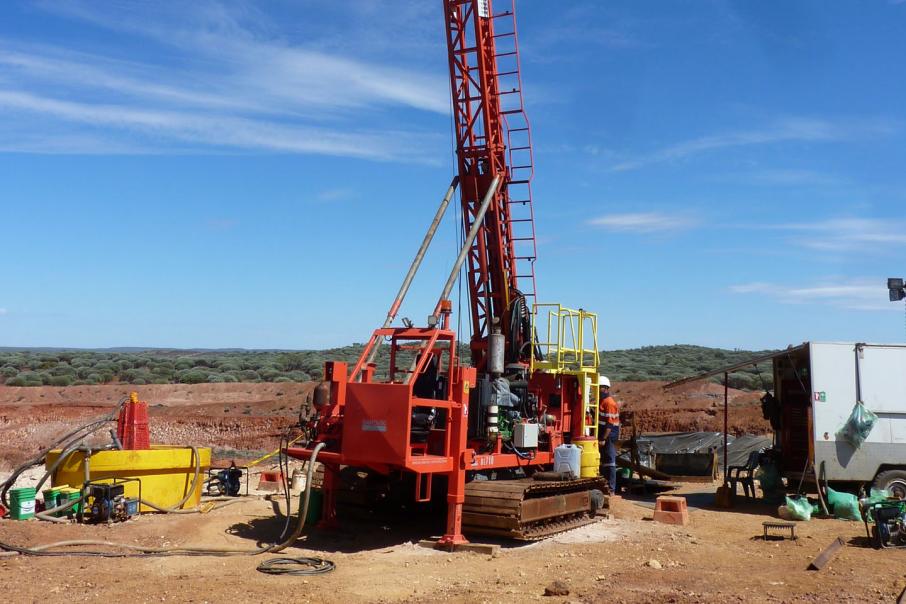 ASX listed Middle Island Resources is keeping the momentum going at its Sandstone gold project in WA with a slew of holes identified and ready to be drilled into greenfield targets during the first half of 2019.

The company plans to drill eight RC holes to test two blind gold anomalies at the Davies prospect that were not drilled during the previous drill program.

A geochemical auger and aircore drilling program completed at the Davis prospect in 2017 defined four significant blind gold anomalies, with peak values up to 0.68 grams per tonne gold and a strong coincident arsenic response.

Each of the four anomalies has a strike length of about 200m, consistent with proximal previously mined deposits.

Middle Island has drilled two traverses of reconnaissance RC holes across the Davis East and Davis West anomalies, which encountered broad zones of ferruginous quartz veining within saprolitic ultramafic rocks, similar in appearance and setting to gold mineralisation at the adjacent Wirraminna and Eureka deposits.

The company also plans to carry out an initial campaign of geochemical auger and aircore drilling to test 11 targets within the southern portion of the Sandstone project.

These include a cluster of targets identified along strike from the southern end of the McIntyre prospect, which currently only includes broad spaced soil sampling traverses within transported cover that have not previously been drill tested.

Historic exploration in this area has been restricted to broad spaced soil sampling and limited shallow vacuum and RAB drilling that failed to adequately test beneath the transported cover.

Over at the Dandaraga tenement, Middle Island plans to drill 20 RC holes to test a number of gold soil anomalies for a mineralised bedrock source.

Agnes is a cohesive, high tenor anomaly measuring 600m by 600m that is broadly consistent with, and includes, the historical Agnes gold workings.

This extends to include the brecciated, gossanous and quartz veined banded iron formation, or “BIF”, to the immediate west of the Agnes prospect.

Enigma is a similarly cohesive, broad, lower tenor anomaly that is some 500m long by at least 300m wide.

It includes a series of north northeast trending gold workings located close to the tenement boundary, to the west of which a zone of extensive gossan development is located.

The Central (Swede) gold anomaly comprises a 2.4km long moderate tenor target that extends from the Doris gold workings near the north-western corner to the south-central portion of the tenement.

Middle Island’s planned drill program will comprise several East-West orientated sections across the trend of the soil anomalies, these will also test the extension along strike of mineralisation associated with historic workings at Swede, Agnes, and Enigma.

At the recently acquired Jew Well exploration licence, the company plans to carry out an initial program of geological mapping, rock chip sampling and soil sampling to determine the gold potential of the tenement, which includes the northern strike extensions of the Bellchambers Mining Centre, and the southern strike extensions of the Good Hope and Twin Reefs historic gold mines.

Middle Island is also planning to carry out further drilling at the McIntyre prospect to test the extensions of mineralisation it intersected in 2017.

RC drilling in May 2017 to confirm and extend broad, shallow gold intercepts encountered in previous RAB and limited RC drilling within the south eastern extensions of the Shillington BIF were encouraging.

“The company’s exploration to date at the Sandstone project has been largely focussed on the successful assessment of Browfields Targets, such as the Two Mile Hill deposit, with the majority of greenfields targets remaining untested or inadequately tested.”