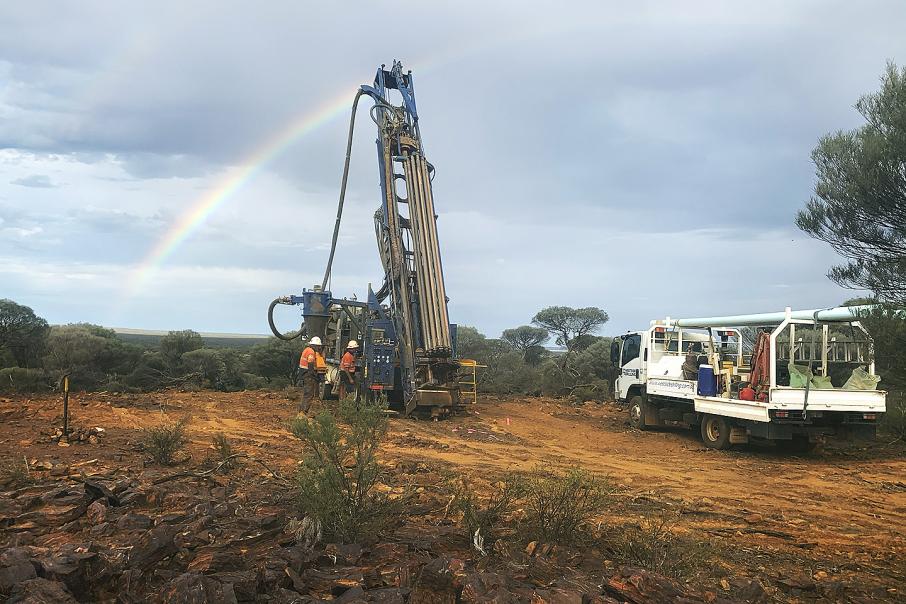 Ridge and McClaren represent the final two of five satellite deposits to be quantified by the company’s massive drilling campaign this year. The other new Sandstone satellite deposits for which the company has already estimated maiden resources are McIntyre, Old Town Well and Plum Pudding, with all five located within 3km of Middle Island’s mothballed Sandstone gold processing plant.

The latest resource estimates for McClaren and Ridge – 13,800 ounces and 10,700 ounces, respectively – come after the completion of the company’s phase two infill and extension drilling program, which forms part of the 50,000m exploration and resource definition drilling campaign.

Phase two was exclusively focused on the definition of additional open-pittable mineral resources. The Sandstone satellite deposits are now being optimised to determine the in-pit mineral resources likely to be classified as mineable ore reserves in the feasibility study, which is due to be delivered in January 2021.

According to Middle Island, phase three infill drilling of the shallow-dipping, higher-grade northern extension of the Ridge deposit, which currently sits in the inferred resource category, should see this auriferous zone upgraded to indicated for consideration as mineable ore reserves in due course.

The company says the Ridge deposit also remains open to the north-east and further drilling will test this area during the phase three RC campaign, which is in progress and scheduled for completion at the end of this year.

The exploration component of the phase three drilling will also vector in on extensions to the McIntyre deposit and the Shillington Gap target.

Middle Island Resources Managing Director, Rick Yeates said: “The Ridge and McClaren deposits will be optimised and mine designs prepared to determine their contribution to ore reserves in the feasibility study.”

“Drilling at the Ridge gold deposit included a number of isolated bonanza grade intercepts, which have appropriately been cut for resource modelling purposes. However, it is anticipated that these may ultimately be confirmed as more continuous, likely resulting in positive mining and processing reconciliations.”

“Prior to commencement of the 2020 drilling campaign, the anticipated best-case scenario was a doubling of Sandstone’s open-pit mineral Resources which, with the addition of Ridge and McClaren, we have now achieved. This is an extremely pleasing outcome that should ensure a positive feasibility study outcome and a project recommissioning in 2021.”