Middle Island Resources has increased the global gold resource based on multiple satellite deposits at its historic Sandstone gold project in WA as its massive drilling effort this year continues to pay dividends. A maiden resource estimate for the McIntyre deposit and updated estimates for the Twin Shafts and Goat Farm deposits pushed up the project’s overall contained gold figure by 40,100 ounces to above 732,100 ounces. 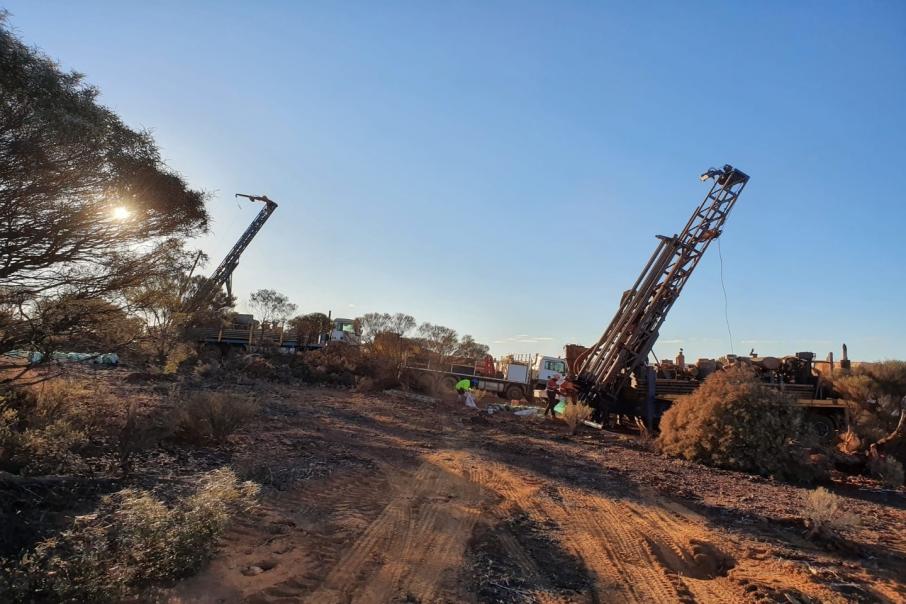 ASX-listed aspiring gold developer, Middle Island Resources, has lifted the global gold resource estimate based on multiple satellite deposits at its historic Sandstone gold project 12km south of Sandstone in the East Murchison mineral field in WA for the second time in a month as its massive drilling effort this year continues to pay dividends.

A maiden resource estimate for the new McIntyre satellite deposit and updated estimates for the Twin Shafts and Goat Farm deposits pushed up the project’s overall contained gold figure by 40,100 ounces on the recently increased number to above 730,000 ounces.

Middle Island put out a first resource for McIntyre of 562,000 tonnes at 1.2 g/t gold for 21,300 ounces of contained gold. It represents the third of five new satellite open-pittable deposits – the other four being McClaren, Ridge, Old Town Well and Plum Pudding – that has been quantified by the Perth-based company’s 50,000m-plus drilling campaign in 2020.

Middle Island Resources Managing Director, Rick Yeates said: “The McIntyre and Twin Shafts deposits will now be optimised and mine designs prepared to determine ore reserves likely to contribute to the feasibility study. The lower strip ratio anticipated at the McIntyre satellite deposit suggests it may be scheduled for mining and processing earlier in the mine life, making a very valuable contribution to the project.”

Further geological, geotechnical, engineering and metallurgical studies are in progress to firm up the company’s understanding of the gold mineralisation and establish the viability of mining the McIntyre, Twin Shafts and Goat Farm deposits. The company says these deposits are anticipated to make a meaningful contribution towards the current Sandstone definitive feasibility study, or “DFS”.

Middle Island’s drilling blitz this year looks to be the gift that keeps on giving. It appears another Sandstone gold resource inventory revision is on the cards following confirmation by the company that the backlog of resource definition samples for the Ridge and McClaren deposits had been cleared by the assay laboratory and that results had been received.

All the Sandstone satellite deposits are located on granted mining leases. The company’s “phase two” infill and extension drilling program was aimed at defining additional open-pittable resources in the vicinity of its mothballed 600,000 tonnes-per-annum treatment plant at the old gold mining and processing operation.

The mineral resources are now being optimised for final open-pit mine designs and assessed for what components of the multiple resources can be converted to mineable ore reserves status and included in the DFS.

Middle Island hopes to release the DFS on recommissioning the former Sandstone operation by the end of this year. Troy Resources produced 508,000 ounces of gold at Sandstone from a combined 4.4 million tonnes of open-pit ore averaging 3.6 g/t between 1999 and 2010.