Middle Island Resources has been awarded a $150,000 grant from the WA Government, which will assist in funding an exploratory diamond drilling program on three geophysical gravity targets at its Sandstone gold project in WA. The discrete gravity lows are interpreted to be similar to, and located within a 1km radius of the major Two Mile Hill tonalite deposit, which is a large, low grade, gold-mineralised ore system. 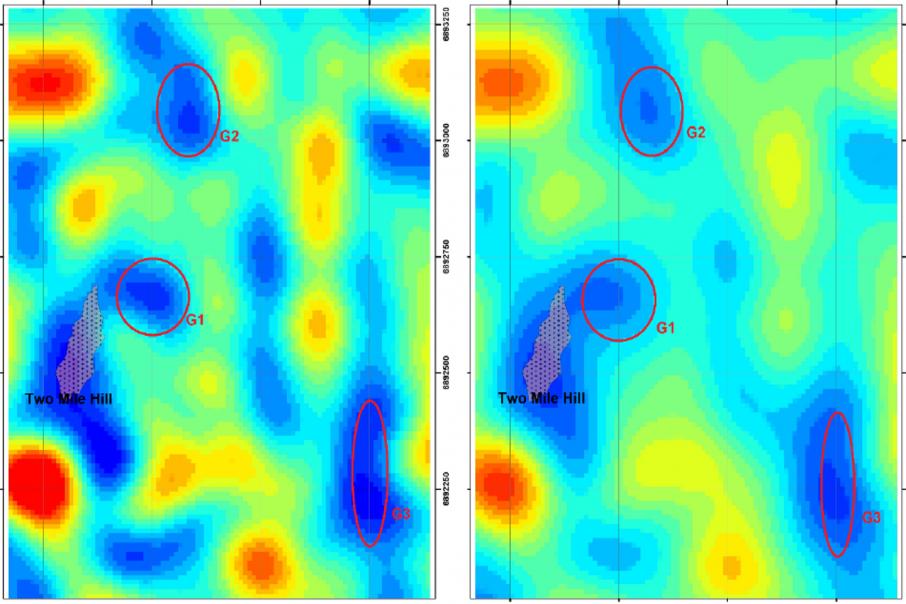 ASX listed gold explorer Middle Island Resources has secured a $150,000 grant from the WA Government, which the company says will assist in funding an exploratory diamond drilling program on three intriguing geophysical gravity targets at its flagship Sandstone gold project in WA.

The three discrete gravity lows are interpreted to be similar to, and located within a 1km radius of the major Two Mile Hill tonalite gold deposit, which is a large, low grade, pervasive gold-mineralised ore system.

Pending available funding to match the Government grant, Middle Island plans to drill a single diamond drill hole into each of the priority targets – denoted G1 through G3 – during 2019.

The three drill targets were delineated by 3D modelling of a detailed ground geophysical ground survey previously undertaken in the company’s tenements, located near Sandstone in the East Murchison mining district of WA.

According to the company, the gravity targets closely resemble the low gravity anomaly that exists over the Two Mile Hill tonalite deposit, although it does not automatically translate that these areas will contain a significant endowment of gold mineralisation.

The primary objective of the scout drilling campaign is to confirm the presence of a felsic intrusive body, similar to Two Mile Hill, on each of the targets and secondly, to test for the occurrence of gold mineralisation.

Middle Island Managing Director Rick Yeates said: “The gravity expression of the three modelled targets closely mimic the characteristics of Two Mile Hill gravity anomaly itself and there is every possibility that one or more of these targets represent proximal analogies of similar magnitude.”

“The three gravity targets planned to be tested by initial diamond drilling … are large and compelling, with the potential to significantly enhance the gold endowment and bulk underground mining potential at the Sandstone project.”