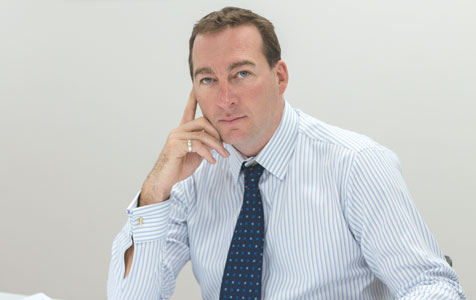 OPPORTUNITY: Matthew Pickford has tipped Onslow to become the next development growth frontier in the Pilbara. Photo: Attila Csaszar

Megara Developments managing director Matthew Pickford says his company was simply in the right place at the right time to take advantage of the Pilbara’s building boom.

The group was established in 2007, when Mr Pickford joined forces with fellow directors Chad Scott and Jamie Clark to buy a series of residential development blocks in Newman.

Since then, Megara has ridden the crest of the $1.7 billion Pilbara Cities development wave – the state government plan to grow Karratha’s and Port Hedland’s population to around 50,000 each by 2035.

Mr Pickford said the company began by using other builders and modular building methods, but over time it made sense to establish Megara’s own construction division, which builds around 100 homes each year in the region.

“Builders were quoting in excess of two years to get something done at really high prices and, with the high prices, it made the projects unfeasible for us,” Mr Pickford told Business News.

With the rapid growth and the massive government spending, it would seem like the company has had an easy ride, but Mr Pickford said that certainly was not the case.

“During the early days it was really hard to get any rooms in Newman or Port Hedland so we were often sleeping on floors of family or friends up there,” Mr Pickford said.

“It was really hard to get funding, but we always saw that that created the opportunity and it kept other people out because it was so hard.”

Mr Pickford said Megara had identified Onslow as the north’s next development hotspot, on the back of burgeoning resources-related activity close to the town, including Chevron’s Wheatstone LNG project, as well as BHP Billiton and Apache Energy’s $1.5 billion domestic gas plant at Ashburton.

Onslow Salt has also completed an expansion of its manufacturing facilities.

Lands Minister Terry Redman has predicted the resources sector activity would boost the town’s population by 1,500 over the next three years.

Last month, LandCorp announced it had reached an agreement with Chevron, which would facilitate the development of 220 housing lots in Onslow, with the international oil and gas giant set to snap up 50 lots in the new estate.

Mr Pickford said the company was also formulating plans for a similar development on a vacant site adjacent to the Twenty 7 Second project, which was scheduled to be completed by December.

“(Twenty 7 Second) will be a landmark development for the town,” Mr Pickford said.

“Onslow is about five years behind where Karratha and Port Hedland were in terms of the expansion by resources companies, but there is still no land.

“There is a lot happening there, but it is probably a bit restricted at the moment with the lack of industrial and residential land.

“We really think Onslow is the next property hotspot for the Pilbara. It is going to follow the natural progression that the other towns went through.”

The next step for Megara, Mr Pickford said, was to establish a presence in Perth.

“We’ve been Pilbara-focused up until this year, but we’re just getting into Perth now,” he said.

“With the changing of the planning rules down here and the desire to go for more infill, it really suits our model.

“What we’re trying to do is identify sites that have some unique qualities about them, in suburbs where there isn’t a lot of high-density stuff around, overlooking a park if possible, things like that.

“The goal is to grow what we are doing in Perth to be the same size as what we’re doing in the Pilbara.”