Maroomba to grow with the workflow

While open to expanding their business, the new owners of Maroomba Airlines are in no hurry to fly beyond current capacity. 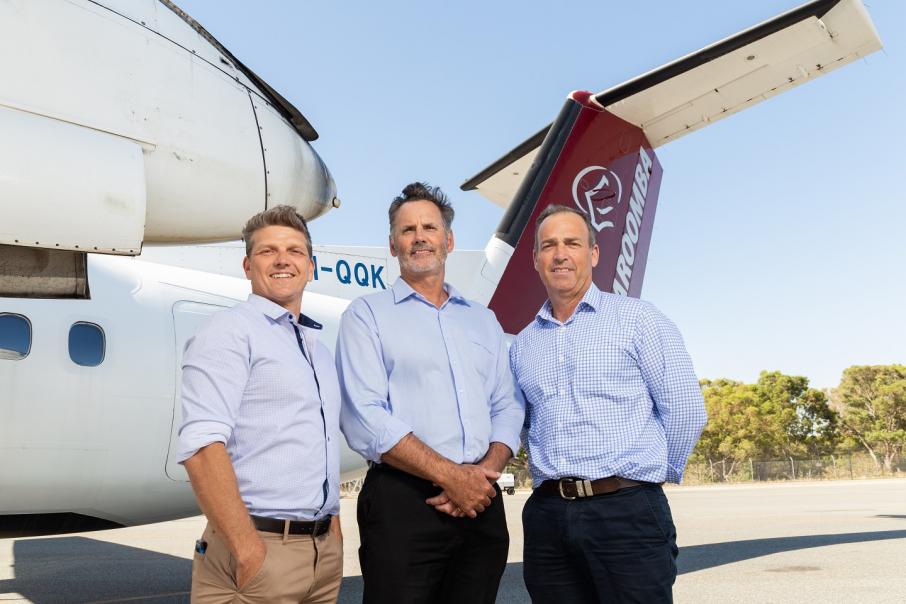 While open to expanding their business, the new owners of Maroomba Airlines are in no hurry to fly beyond current capacity.

While most pilots aspire to fly big commercial jets such as Boeing’s 787 Dreamliner or the Airbus A380, Michael Ardagh says he’s much more at home in the cockpit of a smaller Beech or De Havilland.

Luckily for the former Cathay Pacific pilot, he will get plenty of opportunity to indulge his passion for smaller planes in coming years, after he and business partner Phil Garcia acquired Perth-based charter group Maroomba Airlines in December.

Messrs Ardagh and Garcia had been discussing the purchase of a small Western Australian airline for several years, after meeting in 2008 through the former’s previous charter plane business, Karratha Flying Services.

At the time, Mr Garcia owned PremiAir Aviation Maintenance, a business that took him across the state servicing the WA Police air wing, as well as KFS.

Mr Ardagh said the chance to acquire Maroomba arose through a long-standing relationship with previous owner Steve Young, who established the airline in 1985.

“I’d worked for Steve back in the late 1990s, so I kept a relationship with him over those years and I’ve watched Maroomba grow from what it was then to where it is today,” Mr Ardagh told Business News.

“I kept pretty regular contact with Steve, we knew that his circumstances were changing every year and that’s how this opportunity appeared.

“We thought ‘this is the opportunity we’ve been waiting for’.”

Maroomba has been operating out of Perth Airport since its establishment, with the airline largely focused on shuttling workers to myriad mining operations across the state.

In recent years, Maroomba has also been operating a medical jet for the Royal Flying Doctor Service, in collaboration with mining giant Rio Tinto.

Its flagship contract, however, according to chief executive Peter Scott, is with the state government, with Maroomba responsible for flying the Department of Premier and Cabinet around Western Australia when the need arises.

“We’ve had to work hard to maintain that contract over the years and we’ve done that through our focus on safety and quality of service,” Mr Scott said.

“That is a nice asset to have when you’re talking to other potential customers, that you are flying around the premier and cabinet of WA.

“There is obviously a responsibility that comes with that from a safety and security aspect, but also from a customer service aspect as well.”

After a stint flying for Cathay Pacific, Mr Ardagh said the scale of Maroomba was a more natural fit.

“It is just the nature of the work, the size of the company and it’s the type of flying that you do in smaller, regional-type aeroplanes,” he said.

“We have 53 staff here, and it’s the sort of place where everyone knows each other’s name; it’s a really family-oriented business.”

With prospects improving in WA’s resources sector, Mr Ardagh said he would carefully consider a possible expansion of Maroomba’s six-plane fleet, but acknowledged it was still early days for his ownership of the company and no moves were imminent.

Mr Scott said constraints in the aviation industry, particularly access to pilots, would make any expansion a challenging proposition.

“We could find a plane probably tomorrow, but getting the crew to fly it is the difficult thing, and that’s across all of industry at the moment,” he said.

“It’s a challenge for everyone; the world’s big airlines are setting up flying academies because they can’t find people.

“That’s the challenge for us; as the work continues to grow we have to grow with it and increase our workforce.”