Many still left out of the office “in crowd”

The rise of workplace 'cliques' is a worrying trend that can facilitate social exclusion and lead to unethical behaviour. 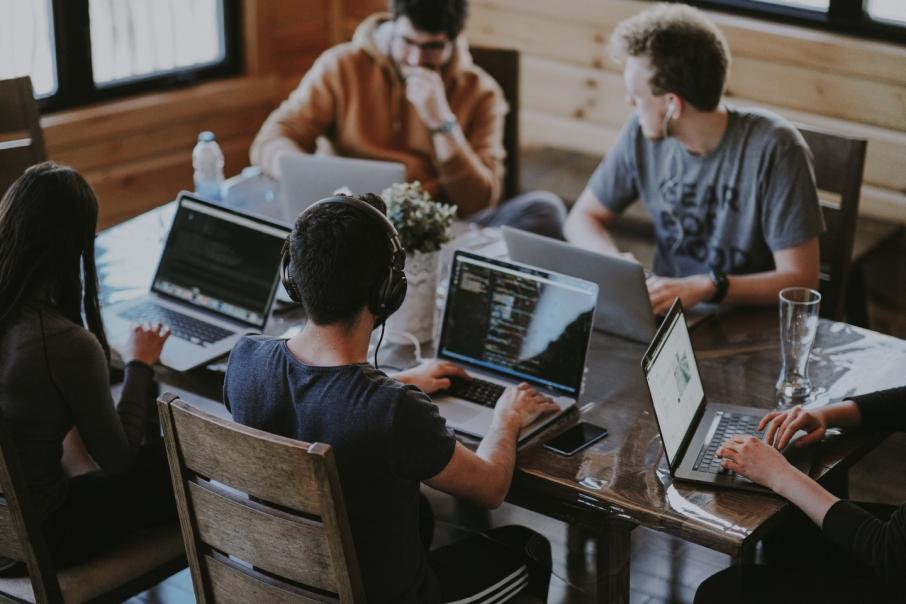 Cliques can destroy the personality of a workplace to lead to poor morale and hampered productivity. Photo: Annie Spratt

We are making huge strides with diversity and inclusion in our workplaces, according to the Diversity Council of Australia’s Inclusion at Work Index 2019-2020.

The index shows three out of four of us “strongly support” or “support” their employer taking action to create a diverse and inclusive workplace.

But with some experts believing that there’s an ever increasing presence of cliques in workplaces, it is more likely the case that having got the diversity component of the “diversity and inclusion equation” right, the inclusion part is still eluding us.

The rise of cliques, which promote exclusion over inclusion, is a worrying workplace trend that threatens at least a decade worth of effort to harness the many benefits of “difference”.

Diversity involves taking steps to employ people from a wide range of backgrounds who can bring a range of skills and perspectives to the workplace.

Those varying attributes may be because of gender, race, ethnicity, ability, age, sexual orientation and gender identify along with socioeconomic status, personality and even life experiences.

Yet while we are increasingly attracting difference to our workplaces to make the statistics look good, we often fail to deliver a sense of acceptance, belonging and safety to those newcomers – the inclusion part.

Inclusion is the primary means through which diverse perspectives are brought to life.

Most of us think that when we leave secondary school, we leave behind the cliques that were so prominent in our school lives.

However, it is relatively easy for cliques to form in the workplace. And when they do, they have the potential to wreak havoc and create a toxic environment that affects the bottom line.

Unlike the cliques in schools that seemed to dissolve around the time of graduation, the death of office cliques is never as neat or convenient.

Workplace cliques are characterised by “excessive togetherness”, with members bonded by similar attitudes, opinions, backgrounds and interests. Multiple cliques can take hold of a workplace at any one time.

Employees who are “different” and not part of a clique can quickly feel left out, isolated, lonely and unfairly treated.

Those in cliques can make outsiders feel they are less important and often use their apparent power to squash the views of others. They rarely socialise outside their group and use exclusion as a weapon against colleagues they dislike.

In some cases, they make those outside the clique feel unsafe through bullying and cyberbullying as well as gossiping, backstabbing and rumour spreading.

Not surprisingly, workers drawn from diverse backgrounds often hesitate to offer alternative or dissenting views. Yet it is those diverse views that are an elixir of progress in making business more responsive to the needs of a diverse community.

The impact of cliques in the workplace can be even more sinister.

Many employees from diverse backgrounds will readily admit to adopting new behaviours so they can fit in with the “in-crowd”. They might make fun of colleagues who they are fond of, take smoke breaks despite being non-smokers, and view TV shows they have no interest in to be able to participate in lunch-time discussions.

And when it comes to the fear of being ridiculed or intimidated, they will hide their religious views or sexual orientation and avoid sharing their hobbies.

Others will become so disillusioned with their roles that exclusion in the workplace will motivate them to seek a job elsewhere.

The rise of cliques in any workplace is a serious symptom of a failed diversity and inclusion strategy.

If left unchecked, cliques can destroy the personality of a workplace to lead to poor morale and hampered productivity.

Most alarmingly, cliques might render an organisation less effective in responding to the needs of a diverse community.

Still unconvinced? Many experts interchange “clique” with the words “pack”, “band”, “mob”, “ring” and even “gang”, all of which reeks of exclusivity and perhaps unethical behaviour.