The sharks are circling Woolworths, but the size of the business would require suitors to make a significant investment – in cash and time. 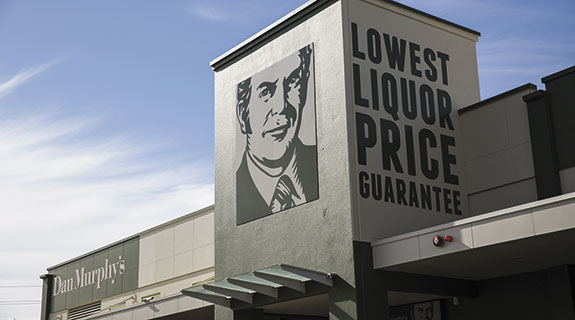 IN THE DRINK: Changes could be made to the Dan Murphy’s liquor business to stem the bleeding at Woolworths. Photo: Attila Csaszar

The sharks are circling Woolworths, but the size of the business would require suitors to make a significant investment – in cash and time.

Australia, and especially Western Australia, has had its mining crash, with early signs of recovery emerging; but it’s a different situation in retailing, which in some ways is more important to the economy than mining.

Retailing employs millions of people, unlike mining, which employs tens of thousands. Supermarkets are the backbone of shopping centres, those key community facilities, which, in turn, underpin the wealth of many investment portfolios and superannuation accounts.

A dramatic change in retail would be far more significant to the average Australian than what’s happened to mining, or what’s happening in Greece. And that’s why the fate of the deeply troubled Woolworths deserves closer attention than it has been getting.

Over the past 10 months, the value of Woolworths – as measured by its share price fall from a high of $37.32 to its latest sales at $26.99 – has wiped $10 billion off the value of the business, cost chief executive Grant O’Brien his job, and jeopardising the ownership of the company.

Speculation that a takeover bid could soon be launched for Woolworths is growing, with the US private equity firm KKR reported to be circling the wounded supermarket operator. It’s likely the aim would be to take the company off the stock market in order to perform drastic surgery to its costs and management structure in much the same way Wesfarmers has overhauled Coles.

But even before a takeover bid arrives, the existing management could make significant changes, including the closure of its ill-fated Masters chain of hardware stores and the sale of its Woolworths Liquor Group, which includes retail brands such as Dan Murphy’s, Cellarmasters, and BWS.

The problem for any takeover move on Woolworths starts with the fact that it would be hugely expensive, and whoever takes the risk would need to continue investing in the Woolworths brand for five to seven years in order to overcome the damage done by recent poor decisions that have dragged the company down.

Acquisition by another retailer, perhaps a big international operator, is another possibility, but the challenge for an established retail group would be the same as for a private equity firm, with the initial cost of at least $25 billion (which is Woolworths current stock-market value) being just the start of an overhaul.

What went wrong at Woolworths and the reason it has become the sick man of Australian retailing is a mirror image of what went wrong at Coles some 10 years ago, with the common thread being centralised management that lost sight of the simplest of all retailing maxims – delivering what the customer wants.

Other factors eating into the Woolworths business include attacks by rival retailers at the top and bottom of the spectrum, with ultra-cheap operators such as Germany’s Aldi and Costco from the US stealing cost-conscious shoppers, and upmarket retailers such as David Jones, Waitrose and Marks & Spencer, attacking the top end.

Whatever the cause of Woolworths’ slide from a once-dominant position in food retailing, the fact is it has happened and a painful recovery process has started, and could accelerate under a new owner.

What that means for Woolworths employees is uncertain, except that there are likely to be fewer of them. What it means for individual supermarkets is also unknown, except there are certain to be changes, and those changes could include quitting some shopping centres for better and cheaper locations, which means the potential loss of the lead tenant for some centre owners.

The key point to consider in any analysis of Woolworths is that it has become a business entering a period of dramatic change that will effect employees, investors, customers and shopping centre owners, who are already battling the changes caused by internet shopping and a decline in shopper traffic through their centres.

Investment banks are on the Woolworths case, and not a single big bank has Woolworths listed as a stock worth buying, even with the potential share price uplift from a takeover bid.

The consensus 12-month price tip from the banks is for Woolworths shares to keep falling, with Morgan Stanley forecasting a drop to $21, down a further $6.

UBS reckons the problems at Woolworths are fixable but will take a long time and cost a lot. “We believe Woolworths is a good business, but it has lost its way having been too short-term focused, taking margins (the highest globally) at the expense of sales and customer focus,” it said.

“Coles and Aldi will not stand still while Woolworths turns the ship,” UBS added in a note, advising clients to sell the company.

ANNUAL reporting season is about to break over the Australian stock market and investors are being cautioned about unpleasant surprise from companies that have been hurt by the commodities downturn and a sluggish local economy.

Retailers feature high on the list of stocks likely to surprise with lower-than-expected profits, including Myer, which has been forced to discount heavily to hit sales targets in a market where shoppers are more price-conscious than ever.

The WA company seen as most likely to surprise with a poor result is mining engineering specialist Monadelphous, which tops a list of troubled stocks compiled by the investment bank Citi, which noted in February that the company reported lower revenue estimates with “no contracts announced since”.

One of the themes identified by Citi is that the cost-cutting drive undertaken by most companies has effectively run its course.

“However, there may be limits to this, particularly the longer low revenue growth extends for,” Citi said.

In other words, the easy options for management – to sack workers and shrink inventories – is over; now comes the much harder job of trying to grow a business in tough times.

Not over for ore?

EVERYONE in the iron ore business is tired of gloomy reports about future prices, but it would unwise to ignore the potential for the iron ore price to end the year in the $30-plus range following the latest tip from London-based Capital Economics for a price slide below $US40 a tonne later this year.

If that happens, investors should be prepared for a fresh shakeout of high-cost miners and a further increase in market share for the biggest producers as they relentlessly drive down costs to a level where only they can survive.