Theatre director Matthew Lutton’s star is on the rise, and he’s busier than ever 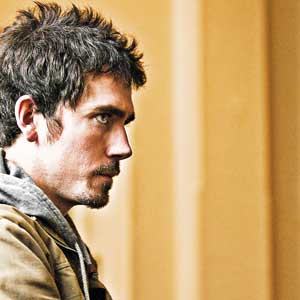 TO say Matthew Lutton is just a talented theatre director would be a major understatement. This 24-year-old Western Australian is a passionate artist and company founder, mature beyond his years and currently in-vogue with the nation's leading theatre companies and performers.

Mr Lutton first took to the stage as a teenager, participating in the performing arts at Hale School from an early age before heading to the Western Australian Academy of Performing Arts (WAAPA), where he completed a BA in theatre arts.

"It was about being an actor and for Hale School I used to write a play, act in it and direct it," Mr Lutton says.

"Then it turned into realising I could do more if I was [just] directing.

"I was interested in bringing together a whole lot of elements I couldn't see if I was acting in it, and that was really important to me."

Genuinely passionate about encouraging education in our community in tandem with the arts, Mr Lutton believes the best way to hone your craft is out in the real world.

"I remember my education being much more of a frame around a whole lot of other more important discoveries," he says.

"There were places I was studying, particularly at WAAPA, but the more valuable experiences were actually taking the work outside of that environment and exploring it."

Not content with completing his degree and seeking out employment as a director, by the time he graduated Mr Lutton had already established his own theatre company in Perth, Thin Ice.

"I wrote the name on an application to get some money from the state government when I was 17.

Traditionally, accessing private donations for the arts has been difficult, which meant funding for bringing his ideas to the stage was a major challenge.

However, each successful piece of work has helped to garner further funding, as well as develop Mr Lutton's skills as a director.

"We started being supported on annual programs and financed for work over 12 months through the government," he says.

"This meant we could incubate projects and invest in things early, or commission a playwright or workshop an idea before it premiered a year later.

"The other level of support comes from community and it's very difficult when you don't have a body of work behind you to prove yourself; it's hard to validate."

Mr Lutton admits this has often meant sporting the salesman's hat when seeking support, but he feels the recent explosion of business-art relationships is very encouraging.

"It is a joyful thing and I hope it continues exponentially," he says.

"I think business has been slowly shifting (towards the arts); there's a whole layer of politics that has to be put in place first and I think there's a sense that hopefully we're starting to realise we can develop a great sense of identity and who we are, which is a question that isn't asked enough in Australia."

Mr Upton's and Ms Blanchett's position as artistic directors at the Sydney Theatre Company led a new associate-company relationship between the company and Thin Ice.

'The Duel', an adaptation of a single chapter from Feodor Dostoevski's novel The Brothers Karamazov, currently playing at the Perth Institute of Contemporary Arts (PICA), is the first of three plays over three years to come out of this relationship.

And Mr Lutton couldn't be happier with the way things are going for him and his company.

"I think you know you're a director if you go through it and it's traumatic and you immediately want to sign up for another one because you know how good it is."

Do you have a favourite quote or mantra?

No I don't, actually, I don't have a mantra; but something my grandmother said and then my mother said was to 'listen to yourself'. And that's probably become the answer to any dilemma I have ever had - just listen to yourself and that sort of solved most problems.

Being able to get out and make work out of Perth and not be exiled from Perth.

Is there a plan you stick to in theatre direction?

No, I don't think there is. For me, and for most theatre directors, it's so much based on instinct. It's that great thing that if you analyse it, it'll be destroyed, the intangible qualities won't exist anymore. I know when it's a project I want to go forward on or create because it hits really immediately. I know that sensation now and I sort of wait for that to occur.

Premier for a day?

Wow, who would I sack? I don't know ... I would want to bring the arts into the spotlight but I would actually lay the arts out with health and regional development and all these things I feel are important and put them side-by-side and say 'what's at the core of all this'?