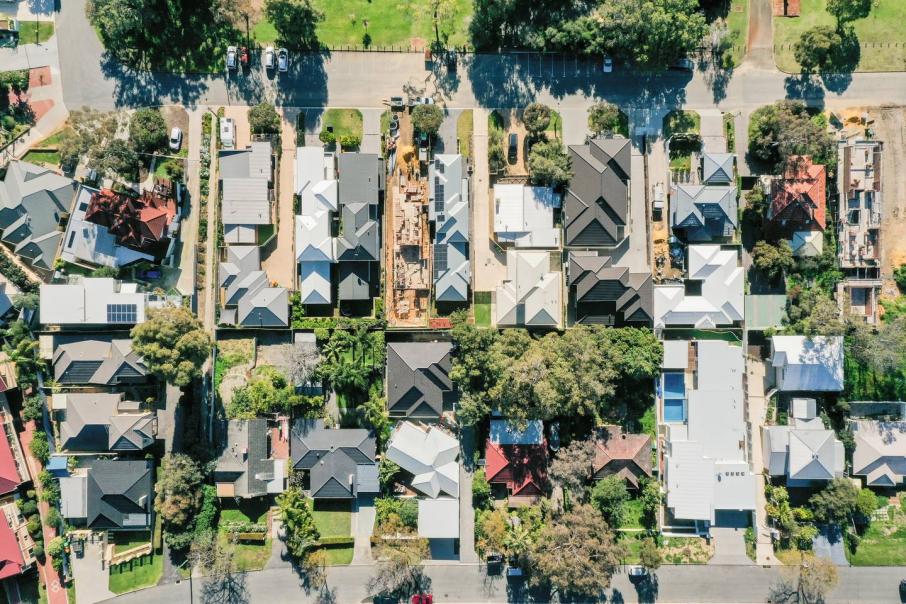 Property prices are expected to increase by six to 10 per cent over the next 12 months. Photo: Gabriel Oliveira

The pandemic has had a surprising impact on Perth property sales.

Few could have predicted the surge in property sales following the economic and social dislocation resulting from COVID-19 and subsequent lockdown measures.

However, data collated by Property Research Advisory mapping transactions over the past year shows that is exactly what has transpired.

“We were in an upcycle coming into coronavirus with our resources sector performing well and a shortening of supply,” Mr Strickland told Business News.

“We were actually in a pretty good stage to see some growth … but then that hit a bit of a road bump.

“The uncertainty levels only really wavered for about a month.

“We’ve seen sales average out at about 909 per week for the rest of the year [after the initial lockdown], which is well and truly above 2019 figures, which were around 600 to 700 sales per week.” 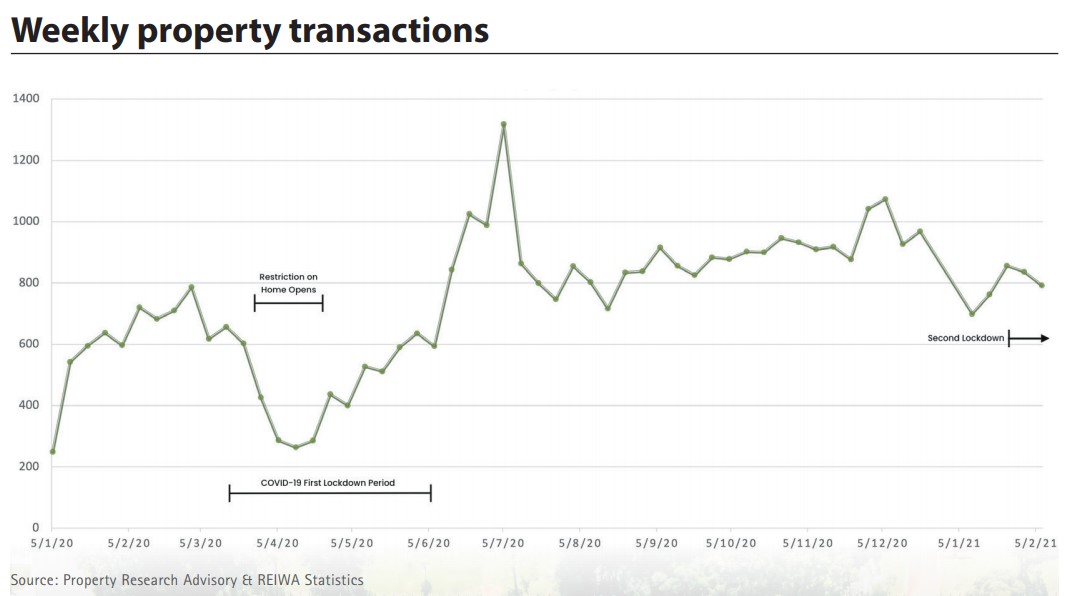 Mr Strickland expects the latest lockdown measures to have a similar flow-on effect to the market.

“I was intrigued coming into the second lockdown with how the Perth market was going to respond,” he said.

“We’ve probably seen a reduction of 5 per cent in sales for this week [starting February 7] and then I wouldn’t be surprised if we see an increase of 5 per cent or even 10 per cent for the next week.”

Mr Strickland expects property sales to trend upwards throughout 2021, given Western Australia’s handling of the pandemic and the performance of the iron ore market.

“I can see it [demand] continuing on after this lockdown; if anything, it’s given people a week to think about their own personal circumstances,” he said.

“There’s some evidence to suggest Perth property sales could be on a growth trajectory similar to last year’s post-lockdown period.

Some of those offers, he said, were made without viewing the property, or were subject to viewing when restrictions eased. Realmark Coastal focuses on northern beachside suburbs from City Beach to Burns Beach, as well as inland locations including Wembley, Floreat, Leederville and North Perth.

Mr Hughes said the agency was prepared for the restrictions, rolling out processes it had introduced last year such as Zoom property viewings, virtual meetings, and online document signing software.

“The strong demand is being driven by upsizers looking to get into the market before prices skyrocket, and growing numbers of international and interstate buyers,” Mr Hughes said.

“And stock levels continue to be tight amidst the uncertainty of the pandemic.”

The Real Estate Institute of Western Australia expects property prices to increase between 6 per cent and 10 per cent over the next 12 months.

Prior to the recent lockdown, pockets of the property market had reported strong sales.

The company said it had signed $9 million worth of sales in a single day on January 25 at its Civic Heart project in South Perth.

This marked a sales record for Finbar, which has operated in WA for 26 years. January’s record run followed on from strong sales for the group at the end of 2020.

“Perth’s property market is really gaining momentum due to low supply, Western Australians returning home from interstate, and overseas and buyers and investors who have been watching from the sidelines and deciding to get into the market before any further uptick occurs,” he said.

Apartment developer Gary Dempsey, the founder of Gary Dempsey Developments, said he had also received high-levels of enquiry from those either interstate or overseas, looking to make the move back to Perth.

Mr Dempsey said sales for the year were more than triple the levels the business had recorded in 2020 before the pandemic hit.

“Traditionally January is very quiet from a sales and enquiry aspect, however we recorded $12 million in sales in January this year alone which represented a 300 per cent increase on sales recorded in January 2020,” he said.

“In the first quarter of 2020 we were getting on average one to two credible enquiries per fortnight for Siskas whereas this year we are seeing at least 1-2 very motivated enquiries from buyers every day.

“Traditionally January is very quiet from a sales and enquiry aspect, however we recorded $12 million in sales in January this year alone which represented a 300% increase on sales recorded in January 2020.”

Mr Dempsey said the business had recorded $21.5 million in sales at Taskers across November and December last year.

“Anecdotally buyers are telling us that there just isn’t anything ready to move into or almost ready across the Western Suburbs at the moment and the tightening of the rental market across Perth has only exacerbated the problem,” he said.

“The bulk of the other developments across the Western Suburbs at the moment are still in the presales stage and are at least two years from being move in ready which is creating a real tightening of supply at the premium end of the market.”