After a turbulent year shifting from a national partnership, Alzheimer’s WA is leading the charge to help WA communities deal with the growing number of dementia sufferers. 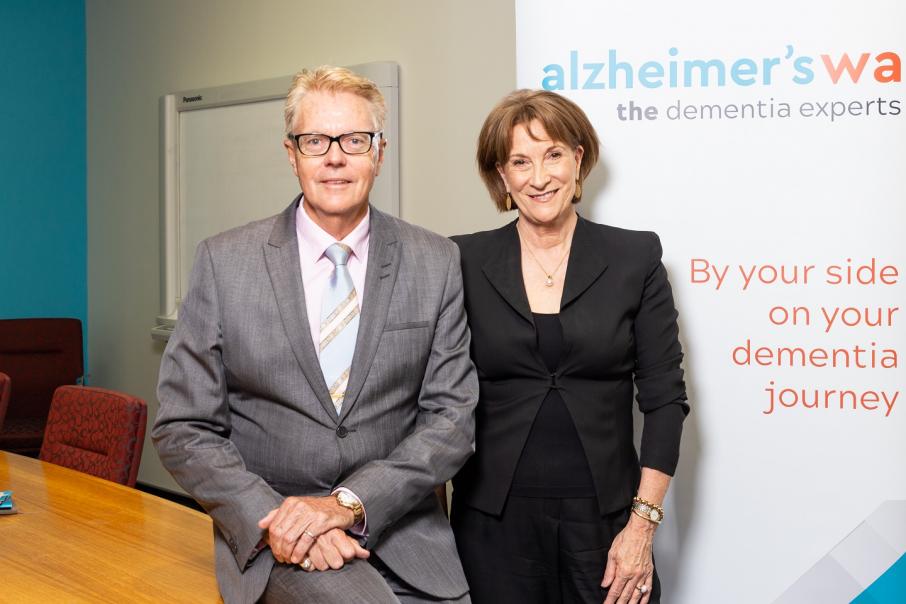 Warren Harding brings more than just career credit to his new role as a board director at Alzheimer’s WA.

With a passion for supporting those living with age-related cognitive diseases, Mr Harding also has personal experience as a caregiver in addition to his work as a consultant and one-time state ministerial adviser.

“I was very impressed with what Alzheimer’s WA was doing as a trainer, a provider and an advocate,” Mr Harding told Business News.

“I have been a carer for my mother, who passed away last year after an 11-year battle with dementia and other co-morbidities.

“I saw her go through that journey of confusion, distress, and disorientation, through to deterioration.

“I think we can do better in terms of the level of care and training.”

Mr Harding joins Alzheimer’s WA at the end of a difficult organisational period.

Chief executive Rhonda Parker told Business News the rollout of the National Disability Insurance Scheme and shift in government funding streams meant a lot of funds previously managed by the state had been handed back to the federal government during the past year.

“We’ve had a very strong partnership with the WA Department of Health and that has changed significantly because the department is not managing the money anymore,” Ms Parker said.

The push towards consumer-directed care had caused most local governments to move out of service provision due to the heightened risk, she said, and many other providers had lost certainty about what they were expected to deliver.

The most significant change for Alzheimer’s WA has been a departure from an ongoing national relationship.

“We had formerly been part of the Alzheimer’s Australia Federation, and they determined that they wanted to nationalise and centralise, having since changed their name to Dementia Australia,” Ms Parker said.

“After a very long process, our board made a unanimous decision that we wouldn’t join.

“A lot of our business sat uniquely outside of what the other state and territory associations were doing.”

Hospital care and training were two of these crucial areas.

“Under the new model, Dementia Australia didn’t define that those things were guaranteed to be core business, and at the time that was 87 per cent of the work we did,” Ms Parker said.

“We were willing to joint venture the 13 per cent, but that wasn’t acceptable to them.

“There’s such a trend to nationalise, but what it meant here was that there were no leadership or decision-making roles on the ground.”

A new program essential to Alzheimer’s WA’s future direction is dementia-friendly communities, a project that has been piloted in York and Manjimup.

Ms Parker said local governments had shown great enthusiasm for the pilot programs, which she described as arguably Australia’s biggest rollout in the space.

“Local governments are very interested, because even if we don’t do the whole project we’re able to send some educators down,” she said.

Dementia-friendly communities allow those living with dementia to experience greater safety and quality of life by educating community members to identify signs of distress, and provide assistance.

Alzheimer’s WA is in the process of scaling up to a third area, Margaret River, and Ms Parker is hopeful the program can eventually be implemented across the state.

“The issue of people in the community with dementia becoming disoriented and lost is not a problem the police or families can solve on their own,” she said.

“It needs a whole community to be involved.”

Ms Parker said the cost of the program was partially supported by residual funds from Royalties for Regions, but Alzheimer’s WA was seeking more input from state and local governments, as well as other organisations, to fund the rollout.

Mr Harding said despite local governments showing support, dementia-friendly communities would require them to be significantly more proactive into the future.

“The sustainable health review, in its interim report, made a very big callout that we need to not focus on acute care, but our sub-acute care, and deliver more services in the community, hospital in the home,” he said.

“To do that, local governments are going to have to start to invest.