Let there be light

Flexible workspaces, residential-like interiors and lighting matched to the body’s circadian rhythms are some of the design elements influencing commercial building fitouts in Perth. 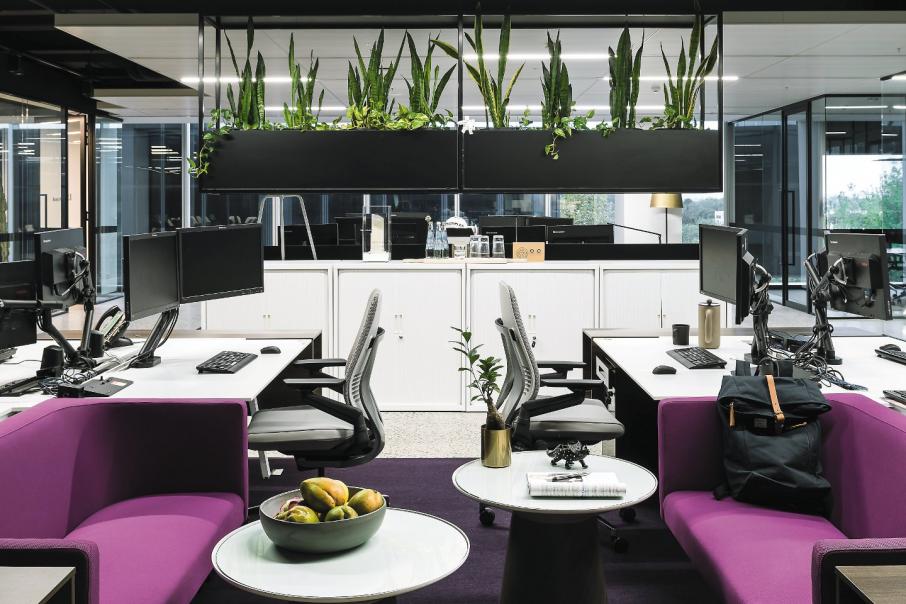 Flexible workspaces, residential-like interiors and lighting matched to the body’s circadian rhythms are some of the design elements influencing commercial building fitouts in Perth.

While the creation of workplaces conducive to wellness is not a new concept, the practice has evolved to take a more holistic approach, with increasing emphasis on the role natural light plays in determining human activity and performance.

“What has become more prevalent over the last decade is that the working population are integrating their daily exercise with their journey to work, which has given rise to amenities like end-of-trips with bike storage, showers, irons, hairdryers,” she said.

“Building users are now expecting these sorts of spaces as the norm.

“Now we are looking at it in a more holistic way; it’s also about access to fresh air and daylight, the ability to socialise with others, and to focus on your own and be able to retreat.” 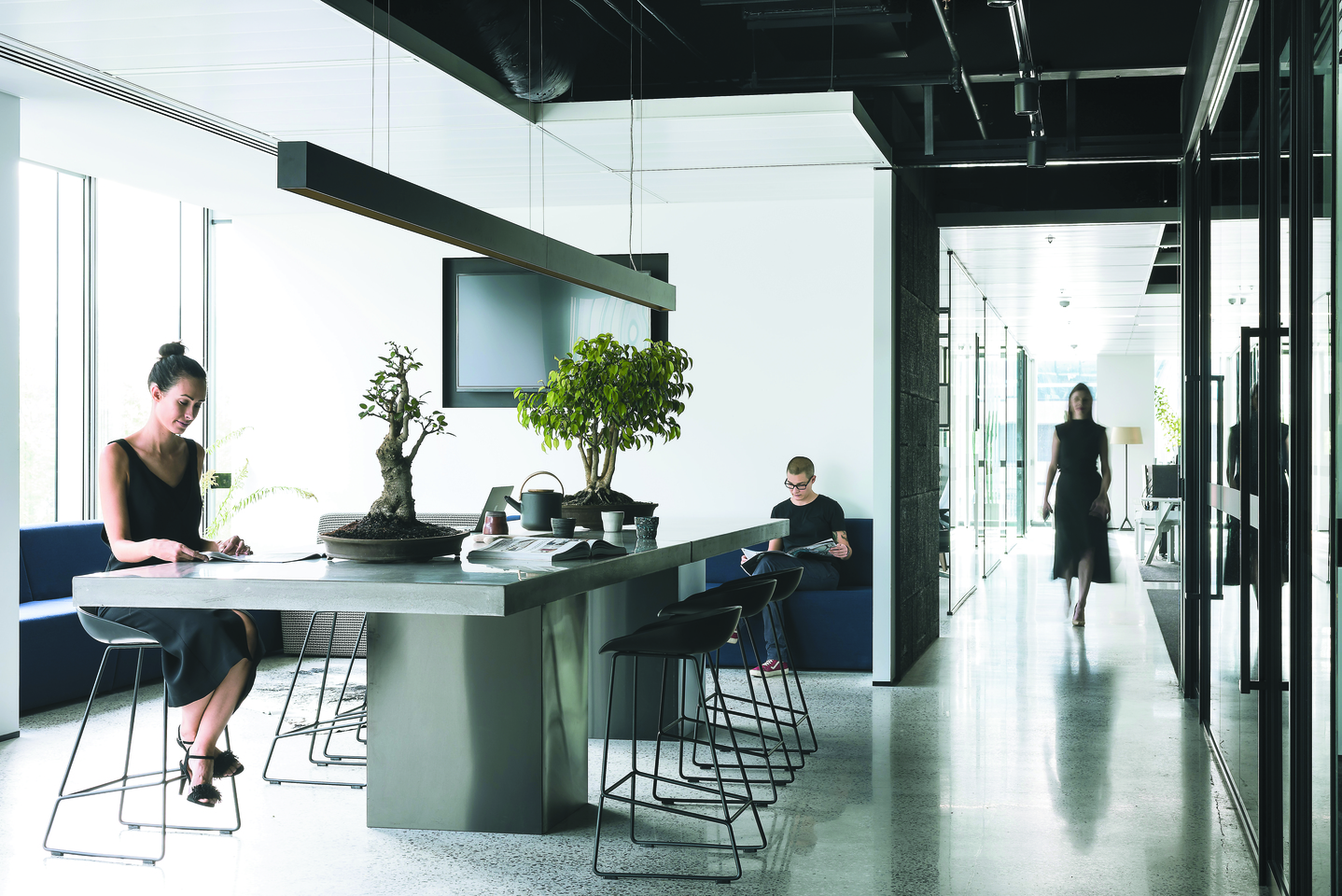 “It’s affected by our physical surroundings and can be disrupted by not having access to things like sunlight and natural temperature,” Ms Porrins told Business News.

“So the placement of spaces is very important and unique to each workplace.

“Woods Bagot uses its own assessment tool called FAT (Floorplate Analysis Tool); it measures the depth of floor plates and connects it with sun paths so we can identify and optimise areas of daylight penetration, where there might be temperature fluctuations on the floor plate.”

Ms Porrins said other key trends included integrating a residential-feel by using natural materials, lounge-style furniture, greenery and art, which had been incorporated throughout the Woods Bagot and Multiplex offices on St Georges Terrace. 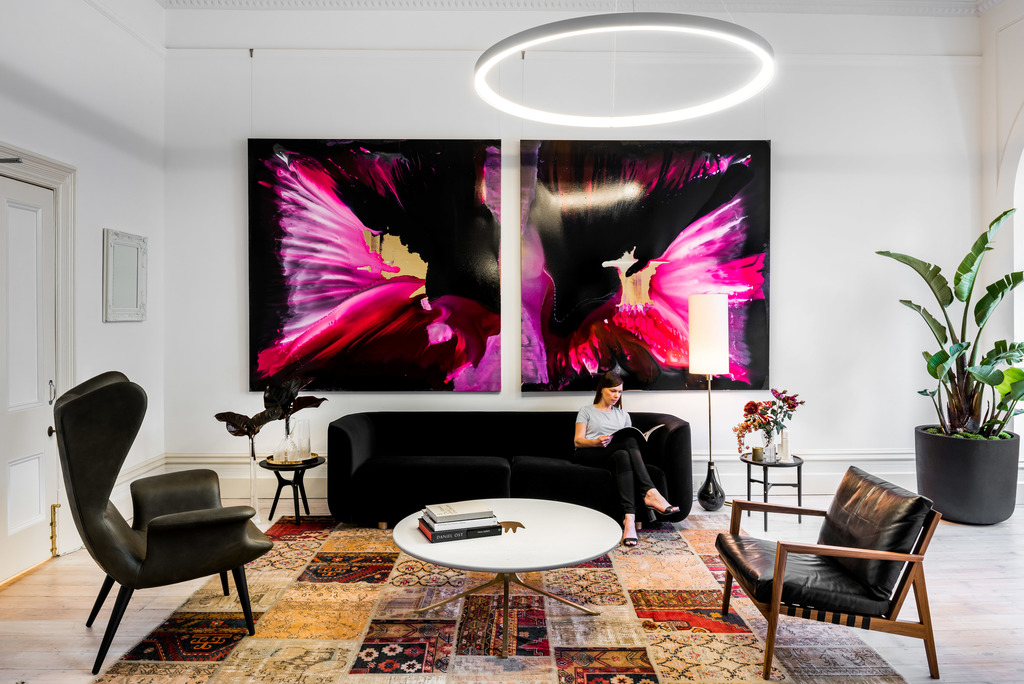 Mindfulness spaces, areas designed specifically for respite, was another concept the team was planning to introduce within its current project at KPMG.

“The furniture doesn’t support working, so it forces you to take a break,” she said.

“Generally, what we are building into the design of every workplace project are a variety of spaces to support different types of working – group work and individual focus work, gathering spaces and shared amenities.

“It allows people to be more autonomous and make their own choices.

“There is also a trend towards ‘access over ownership’ – shared club-like environments that encourage interaction.” 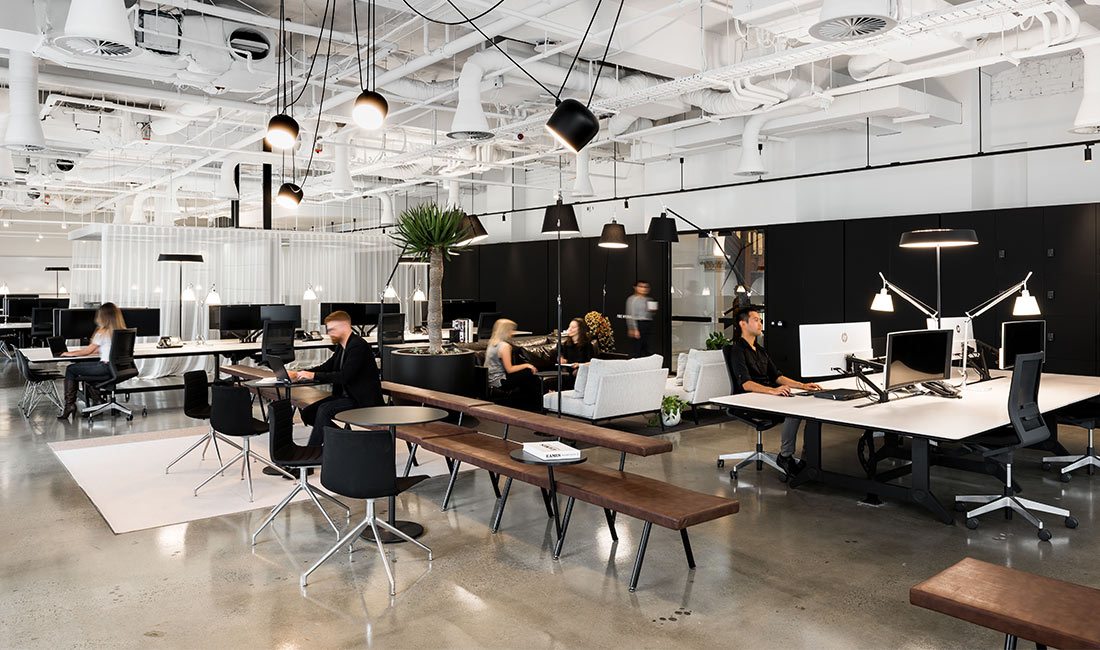 The team had also recently completed a fitout over two floors for Quadrant Energy, which involved cutting into the existing slab to create a staircase over three levels.

“We wanted to encourage more movement and also put the stairs in a location well-connected with break out and social/meeting spaces so more people would use it,” Ms Porrins said.

Activating connection and collaboration on a more informal level was another motivation behind the concept, she said, with the aim to form communities rather than silos.

Interactive communal spaces have also been a focus for design practice HASSELL.

As with the Quadrant project, Hassell senior associate Jonathan Lake said his firm had recently finished a fitout for Wesfarmers that featured inter-tenancy stairs surrounded by social areas at each level.

“We have a lot of clients that are thinking about the health of their staff mentally as well as physically,” Mr Lake told Business News.

“Something we propose for a lot of multi-tenancy clients is stairs.

“It’s part of agile working methodology, which encourages people to move around so you don’t just sit at your desk for hours on end; you can choose a different location and outlook.

“That moving around also means you can bump into people, it promotes that serendipitous engagement as well; connection is really important for people’s mental health.

“There’s a lot of availability of good space in Perth at the moment, so people are really thinking about what a good workplace actually looks like and what can really enable staff.”

Mr Lake said the firm recently completed a fitout in Exchange Tower for engineering consultancy Arup, which he said demonstrated how an agile space could create a range of working stations to suit different needs.

“This is a way of working to suit people and how they’d like to work on a particular day, whether to go somewhere quiet for the day, or you’ve got some stuff to do with other people,” he said. 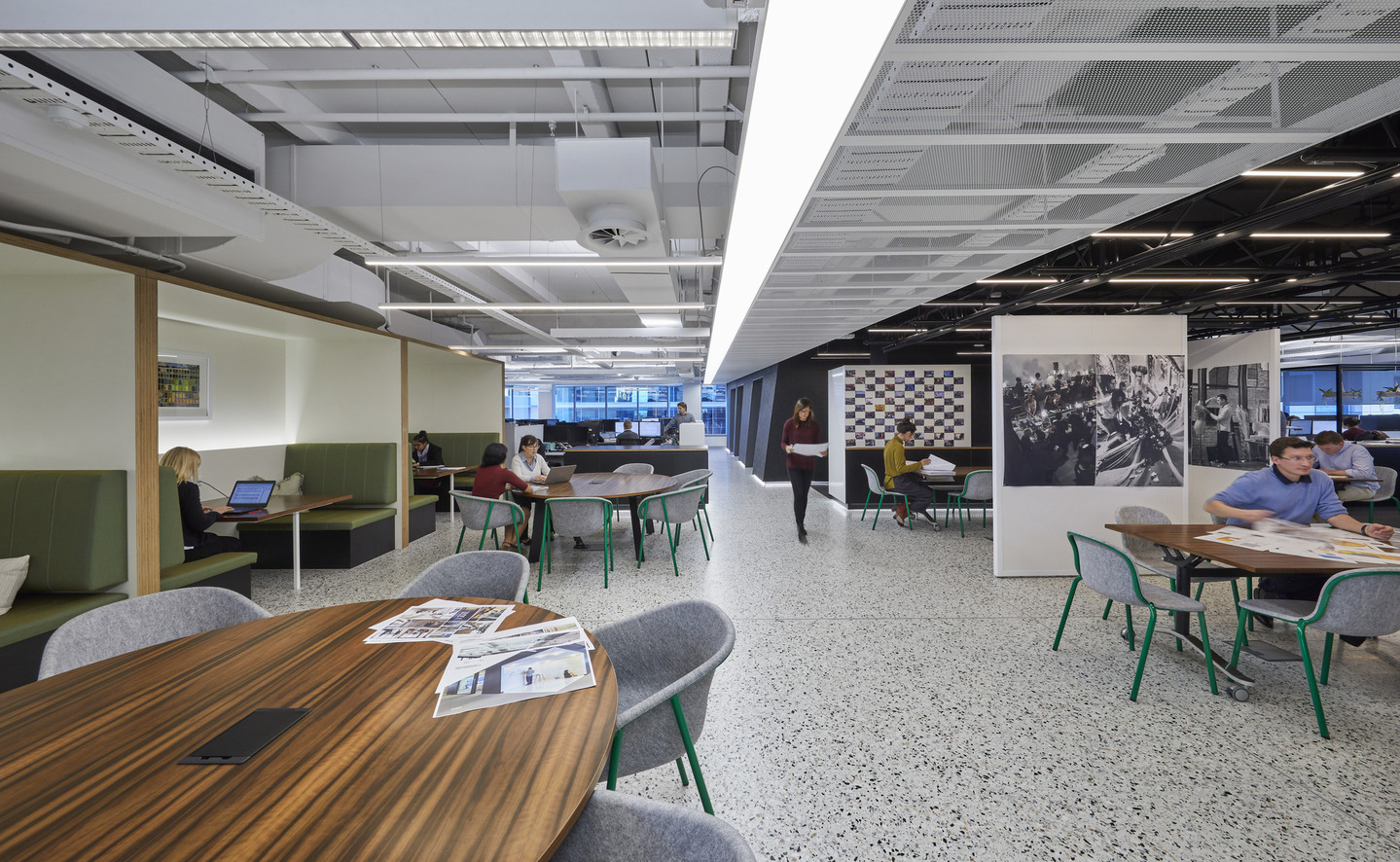 Ceiling height was another aspect that had characterised much of the work Hassell had carried out recently across commercial buildings.

“We’ve done a lot of projects where the ceilings are removed and people are actually comfortable seeing the air-conditioning ducts and pipes because the height may end up being 3.2 metres as opposed to 2.7 metres,” Mr Lake said.

“Not feeling squashed into a space really contributes to that quality of a place. 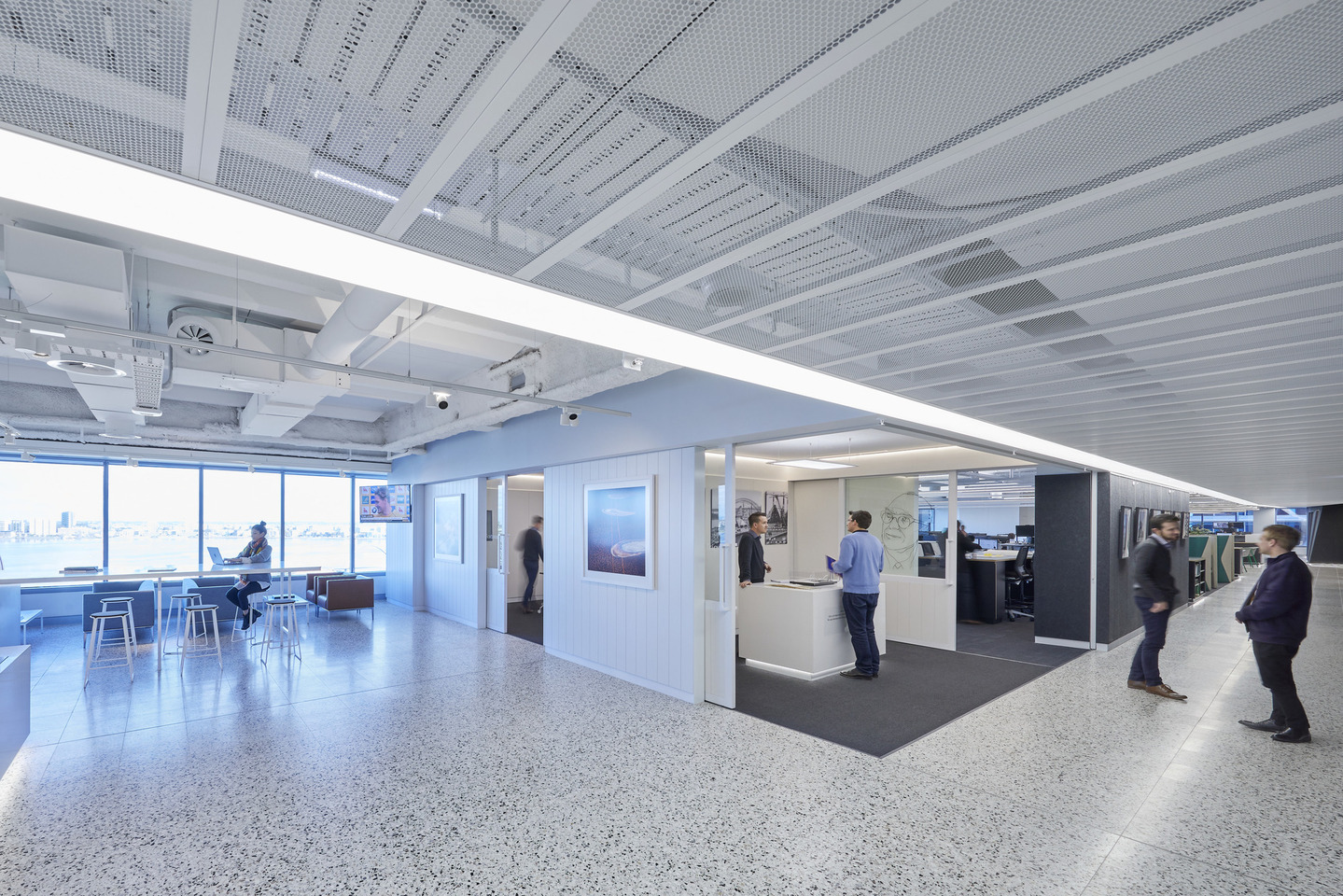 Locating people on the edges of buildings rather than the middle of a floor helped to facilitate more natural light, he added, while ventilation had become a key priority for clients.

WELL is a global rating, launched in the US in 2013, that measures seven concepts found within the built environment that affect health – air, water, nourishment, light, fitness, comfort and mind.

Speaking at a recent WELL Building forum hosted by CoreNet Global and Colliers International, Mr Jeannerat stressed the importance of having landlords, the tenancy organisation, and staff collaboratively involved in the process of achieving a ‘healthier building’.

“When it’s too hard, people walk away,” Mr Jeannerat said.

“That’s where I see the strength of the WELL rating system, because it provides the framework for someone to take on the leadership.”

Two offices in Perth are currently awaiting WELL accreditation, which involved being assessed on 100 features, while 41 registrations are currently in play nationally.

“WELL has spent six years of research pulling medical, science and health data to compare various factors within buildings and how they affect our health,” Mr Jeannerat said.

“They’ve looked at the human body and its various sub-systems – cardiovascular, our skin, nervous system – and have set up a rating tool that takes all of those factors into account.”

Achieving a certain level of natural lighting to adhere to the body’s circadian rhythm was one aspect measured as part of the rating.

Levels of comfort are also part of the assessment process, which Mr Jeannerat said involved considering an office’s acoustic and temperature elements.

“Adjusting the environment to support these processes can impact positively on the workplace,” he said.

“In Perth we’ve got a massive natural advantage with our environment and clean air; we need to leverage it.”

“CitySwitch is looking at bringing a range of things together,” Mr Raso said.

“Looking at the mind and body elements, ergonomics, greenery, work policies and procedures and even things like artwork … how that all makes people feel when they come to work.