Jessica Machin has worked in the arts sector across Australia in a wide variety of senior leadership positions including as a CEO, Artistic Director, General Manager as well as an Actor, Producer and Lecturer. 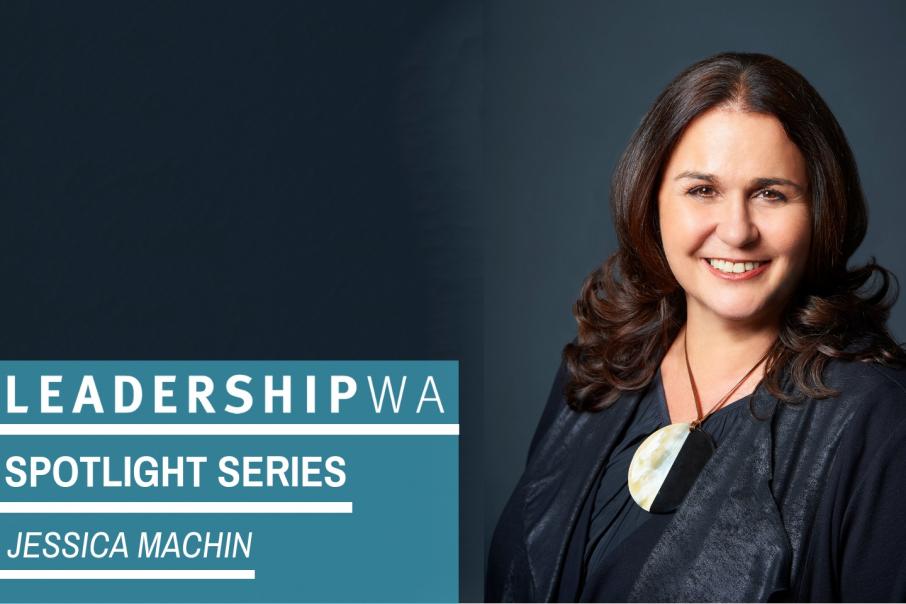 Jessica Machin has worked in the arts sector across Australia in a wide variety of senior leadership positions including as a CEO, Artistic Director, General Manager as well as an Actor, Producer and Lecturer. She is currently the Executive Director of West Australian Ballet, and is the former CEO of Country Arts WA. Jessica completed Leadership WA’s Signature Leadership Program in 2010.

If there is one thing Jess Machin believes in, it’s the value of the arts to all communities across Australia. Through her varied work in the arts sector, it’s been Jessica’s role to enrich the community with the arts. Indeed, Jessica believes the arts to be as vital to communities as hard infrastructure.

“The arts powers the community in a different way,” Jess said.

“The Country Arts WA model was about supporting the arts engine room in communities across the state.”

When reflecting on the Leadership WA’s Signature Leadership Program, Jess said that is helped to grow her professional networks outside the arts industry.

“The program really appealed to me because of the network of peers. I had a very strong arts network, but I didn’t have a very diverse network in WA. I love the diversity across industries and sectors represented in the program.”

“I also loved Leadership WA’s other value of giving back and wanting to make WA a better place through the Skillsbank program.”

“On the first day of the Program I met someone who’s now a Superintendent in the police force, and we both looked at each other and said, ‘we’ll never be friends.’ It didn’t take us long to become close pals.”

“It was amazing being exposed different leaders and having an opportunity to discuss their insights without judgement. It was a really seminal moment. I still draw on what I learnt there.”

The Signature Leadership Program didn’t take long to pay off for Jess. When Jess started at Country Arts WA, the then State Government injected a much-needed $80 million into WA arts through the Ignite funding program. Since that initial investment, Jess has continued to advocate the Government on behalf of regional arts.

When Jess began to put together her pitch to the State Government for increased regional arts funding in 2010, her fellow Signature Leadership Program graduates were the first people she went to and many of them formed part of a leadership group.  I had Leadership WA Alumni from everywhere, from Corrections to Health. Many of them worked with me on a big Regional Arts Conference ‘Open Your Eyes’, held in Geraldton in 2011.”

“The result of this conference was the creation of a Regional Arts Manifesto 2029, which in turn informed the Vote Arts Campaign in the lead up to the 2013 state election where we gained bi-partisan support and worked very closely with the Chamber of Culture and the Arts. We got a pre-election commitment to put an injection of money into regional arts. In total it took five years, but it resulted in an additional $24 million investment into regional arts through the Royalty for Regions funding program.”

While regional arts play a vital role in helping a community tell its story, it also presents a significant economic opportunity.

“There are world-class artists and events happening across Regional WA that are great attractors for tourists. For example, the Boyup Brook Country Music Festival started on the back of a truck with a 600-person audience. Now it’s a major festival that attracts over 20,000 people. It’s a great economic amplifier.”

With such a disparate population, though, it was important for Jess to ensure Country Arts WA was truly representing its members, a challenge for any Perth-based organisation. In order to make sure that Country Arts WA wasn’t Perth-focused in its thinking, its board was composed of regional members from across the State.

“A regionally-representative board gives relevance. We would regularly organise a regional arts conference and festival that would bring everyone together.”

“From time to time there were some communities that felt they weren’t being heard, and you needed to listen and then find out ways you could help.”

Now as the Executive Director of West Australian Ballet, Jessica faces a different set of challenges – namely moving from a service-based membership organisation in Country Arts WA, to developing and executing artistic productions, and an extensive community and education engagement program.

“Producing work comes with its own risks, because people have to buy tickets. There’s always a risk associated with that. We have to raise a lot more money.”

“But it has been an absolute joy to work directly with artists again. I started my career as an actor, and dance has always been a big love of mine.”

While not a dancer by trade herself (Jess trained as an actor at the West Australian Academy of Performing Arts (WAAPA), and has worked in theatres across Australia), she has a history with the form. Whilst at WAAPA she was taught by Australian ballet great Lucette Aldous AC.

This knowledge of ballet, along with extensive experience working with Artistic Directors, has informed her professional relationship with Aurélien Scannella, the Belgian-born Artistic Director of West Australian Ballet.

“There is a co-leadership model at West Australian Ballet, where I’m responsible for the business side, and Aurélien for the artistic. We work together as co-leaders of the organisation.”

Jess brings a wealth of knowledge in fostering the arts in Regional WA and in communities.

“One of my core focuses is access and our engagement in the community. Our mission is to enrich people’s lives through dance, so we’ve been building our regional program.”

“We’ve initiated regional touring in 2017, and we’ll be doing another regional tour in March 2019 to Kalgoorlie, Karratha, Port Hedland and Mandurah.”

“It’s really important that people living in a regional community have access to the same quality of experience as anyone in the City.”

“Internationally, we’ve developed an Indo-Pacific strategy, and we’ve just performed at the Shanghai Dance Festival, and in 2020 we’re aiming to do a major China tour. We’ve been working in Indonesia since 2016 and, similar to our regional model, we’ll be partnering with local organisations in building capacity and international cultural exchange.”

“It’s an interesting time because the Department of Foreign Affairs and Trade are doing a review of their Soft Power strategy, and arts and culture can play a key role there. We recently performed at the Heath Ledger Theatre with the Beijing Dance Academy as part of China’s National Day supported by UWA’s Confucius Institute.”

As one of Australia’s three major ballet companies, and the oldest professional ballet company in Australia, Jess believes the organisation has a responsibility to the community and to the arts sector that goes beyond just accessible performances.

“As a Major Performing Arts Company in Australia, we have a responsibility to be a leader in our field and impact the rest of the state in a positive way.”

As well as contributing to a sustainable arts industry in WA by collaborating with small to medium companies, the Western Australian Ballet studios are a community asset that can be used by local groups, from Public Dancing Classes to organisations devoted to treating disease.

“Community groups like Dance for Parkinson’s Australia use our studios weekly. Dance has been shown to arrest the development of Parkinson’s Disease and give relief of the symptoms. Every Friday for two hours people who have the disease come and they dance.”

“We also have a program for schools and communities that don't have access to the arts due to isolation, and we’ve just trialled some programs and workshops for kids with disabilities, which were really successful.”

One of the key features of ballet is its European roots. But Jess doesn’t see the program as being restricted by tradition. As well as the classical ballets like The Nutcracker, Western Australian Ballet has performed neoclassical ballets including The Great Gatsby, Dracula, and Radio and Juliet (a contemporary version of Romeo and Juliet, set to the music of Radiohead).

“Under Aurélien’s artistic directorship, we’ve been asking ‘how do you turn ballet into modern art?’, and ‘how do we build new audiences?’. With Radio and Juliet, we had men coming who had never been to the ballet before because they loved the music.”

“They had an image of ballet of just being tutus and men in tights; which it is on some level, but it actually is very exciting, very athletic, live art and actually can make some comment on a contemporary society.”

When Jess completed the Signature Leadership Program, one of her big takeaways was how the Program went beyond the standard wisdom.

“A big realisation was you can buy the Ten Tips to being a Good Leader at the airport, but leadership doesn’t work like that; everyone will give you a different version.”

“For me, it was really affirming that most leaders have had a very organic journey while being authentic to themselves.”

A key aspect of the Signature Leadership Program is self-reflection. For Jess, this is still an important part of her job as a leader.

“I take 15 minutes every three days to do some reflections on my leadership process.”

“It could be reading something, or just taking the time to reflect on a recent challenge and asking ‘how could I have done that better’?”

As a final question, we asked Jess what she would change about leadership in WA if she had a magic wand.

“I would like to see representation from the arts community in the key policy decisions that affect the state.”

“A dream would be to see a major arts investment integrated into areas such as tourism, education, local government, innovation and in the regions, as well as arts for art’s sake.”