OPINION: You need to lead a significant change program at your school and are already bracing for the resistant rants of some of your colleagues. 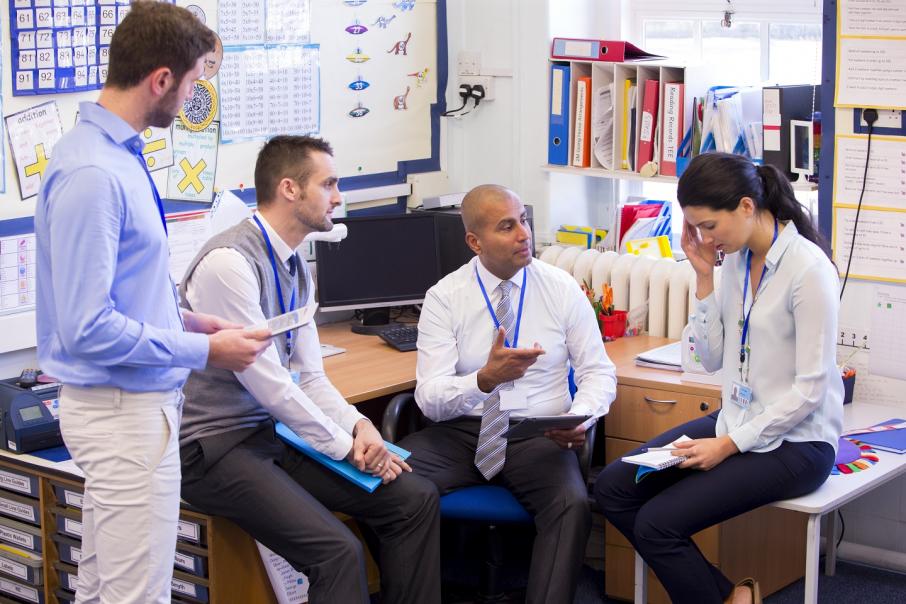 Change may be a constant in a school environment, but some teachers find it challenging.

OPINION: You need to lead a significant change program at your school and are already bracing for the resistant rants of some of your colleagues.

Some will say the program simply won’t work for the department, while others will complain that it flies in the face of the school’s long tradition. Others will be resistant to change for no reason other than “We are doing just okay as we are” or the old favourite “We’ve always done it this way, why change now?”

The fact is, as a leader, you know that leading change in schools can be as disheartening as a wave crashing through your soul.

It is not that your colleagues are lazy, disinterested or even lacking the professional competence to rise to the challenge of change. It is more likely that, over time, they have become fatigued by change after experiencing the comings and goings of poorly led

change initiatives, which were often quick fixes for deep-seated educational problems. (Think outcomes-based education, phonics versus the whole language approach, or even those open-style classrooms of the 1970s.)

Despite high levels of ‘change fatigue’ in many schools and the resistance that inevitably accompanies that mental set, rapid advances in technology, changing student demographics and evolving instructional priorities mean that change remains a constant feature in the school landscape – and the pace of change is only likely to accelerate.

Breaking down resistance requires school leaders to become educational change agents who can drive instructional excellence and enhance student learning in a particular type of way.

It starts with having a clear vision and being able to communicate effectively. Describing the purpose of any proposed change with clarity is critical as your colleagues will quickly become frustrated if they feel your plans for change are ambiguous at least, or totally confused at worst.

You will need to recognise that sustainable change takes time to implement. But you also need to understand that, when change does not happen fasten enough, it will allow resistant colleagues more time to push back on the change agenda. Adjusting the pace of

the situation as circumstances change is, therefore, essential.

And while adjusting the pace of change is important, preparing people for each stage of the change process is just as significant.

As a school-based change agent, keep your colleagues informed along the way as it will allow them time to voice any fears or shortcomings as they arise. This also provides you with an opportunity to address the very issues that might cause resistance and create delays.

Involving staff from right across the school will also likely pay dividends. By adopting an inclusive approach and through developing and showing empathy to everyone, it is likely that you will minimise resistance and leave your colleagues feeling valued, included and motivated.

Those leading change initiatives should work directly at building trust with those who actively resist change. So as a change agent, be prepared to meet one-on-one where possible with the most vocal resisters – avoid the temptation of delegating this task to others.

While effective change agents do take steps to directly address the concerns of resistors, at times they fall into the trap of believing that a single person can act as the sole change agent in driving larger-scale, school-based change.

This mean you should give some thought to how you might empower others around you to become and act as change agents. That will provide more on-the-ground support for those affected by change.

Of course, effective change agents recognise that some of their colleagues will always dig their heels in and refuse to budge.

It is important not to be discouraged when this happens, but to accept that there will always be obstacles.

In reality, the only way for change to be fully successful is by invitation – it can rarely be mandated.

It follows, then, that the effective school-based change agent is more concerned with positively influencing others and garnering support, and far less about top-down directives, commands and penalties.