Kalia Limited has announced it will commence a highly anticipated exploration program on its porphyry copper-gold tenements on the PNG Island of Bougainville, after funds from a $3m secured loan facility were released this week. The company will invest the capital in completing a detailed aerial geophysical survey program over its tenement holdings in Bougainville and improve site facilities to support ongoing exploration activities. 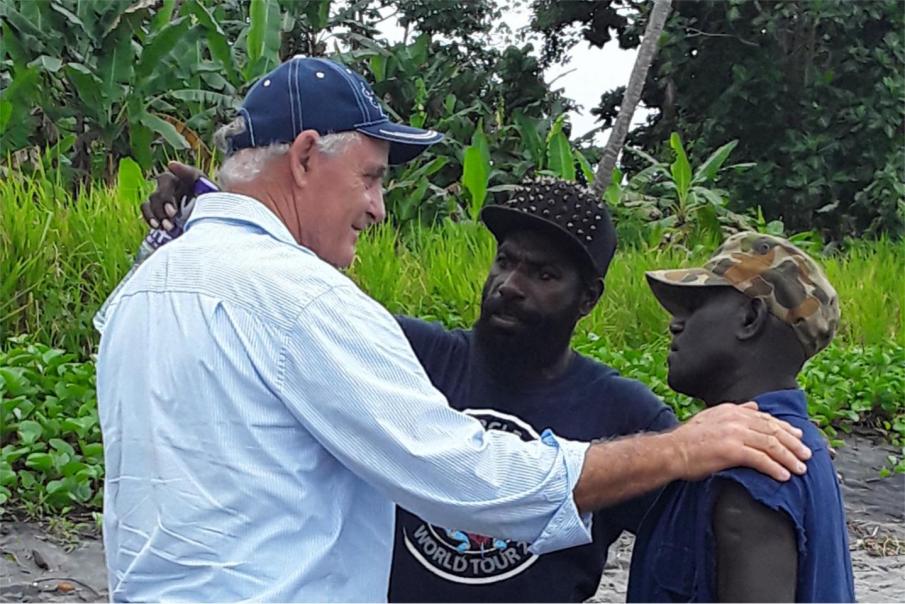 ASX-listed Kalia Limited will now commence its highly anticipated exploration program across its copper-gold tenements on the PNG Island of Bougainville, after funds from a $3m secured loan facility were released to the company this week.

Management said the funds will be utilised primarily for ongoing exploration, but also to improve facilities to accommodate its increased activities on the mineral rich pacific island.

This includes the construction of sample storage sheds, improved communications and vehicle purchases.

From late May, fieldwork will ramp up with three geologist-led exploration teams undertaking activities within the easternmost exploration licence holding.

This includes the recently identified anomaly at the Teoveane prospect that returned grades up to 6.37g/t gold and 0.45% copper from rock chip sampling.

Kalia has previously identified a number of high-priority porphyry copper targets based on re-interpretation of historical geophysical and geochemical data.

This work led to the application for two large exploration licences covering 1,704 square kilometres in the northern part of Bougainville Island in November 2017.

In January this year, local landholders signed a land access agreement with Kalia, that paved the way for a comprehensive copper-gold exploration program to commence within the two licences.

Incredibly, the original historic survey data only covers about 20% of Kalia’s ground holding, with no coverage in the westernmost tenement at all.

This will be rectified shortly however, when the company undertakes a detailed aerial geophysical survey program over its entire tenement holding in Bougainville, using some of the newly released funds.

A new geophysical interpretation of the survey data is likely to throw up a plethora of additional exploration targets and should give better definition to the existing anomalies.

Peter Batten, Chief Geologist and Technical Director, said: “I pinch myself at being so fortunate to explore in Bougainville where the geology is an exploration geologist’s dream. We have been able to clearly identify areas for priority exploration, but these are still large areas. We also have the huge potential in the 80% that has not been covered by geophysics.”

“Having the funds available to do the geophysics will yield vital data that will assist the exploration programme immensely. The use of modern equipment should also improve definition of the existing targets given that the last surveys were done 30 years ago.

“Our objective is to have a defined drill target and to be drilling this year. We are also preparing for the physical positioning of drilling resources on Bougainville.”

Kalia will be chomping at the bit to get some exploration numbers back in Bougainville, given there has been no serious exploration and mining undertaken on the island since a 10-year civil war ended in the semi-autonomous province in 1998.

The company has a 75% interest in the Tore Joint Venture covering the two exploration licences and it is free carrying the 25% interest held by Toremana Resources, who represent a collection of customary land holders holding mineral rights on Bougainville.

The famous Panguna mine is only 30km to the south of Kalia’s land holdings and was the largest porphyry copper operation in the world in its day, producing over 3 million tonnes of copper and 9 million ounces of gold in the 17 years up to its closure due to hostilities in 1989.

That deposit still contains a JORC-compliant resource of 1.83 billion tonnes grading 0.30% copper and 0.34g/t gold, according to its owner, Bougainville Copper.

Bougainville Island represents one of the last undeveloped mineral frontiers left in the world and straddles the Pacific “ring of fire” containing a string of world-class copper-gold porphyry deposits.

Exciting times potentially lay ahead for Kalia, who will no doubt be hoping that its first-mover advantage in Bougainville pays off with the discovery of a new mine - and if it happens to be even a fraction of the size of Panguna, the wait will have been worthwhile.