Kalia about to hit its straps in Bougainville

Kalia Limited has been busy doing the geological ground work to systematically unlock the mineral riches on Bougainville Island from early next year. It has now completed a highly anticipated geophysical survey over the Mt Tore JV tenements and commenced data interpretation for the exploration of its porphyry copper-gold assets. The company’s engagement of local communities is bearing fruit, with a number of areas already approved for exploration. 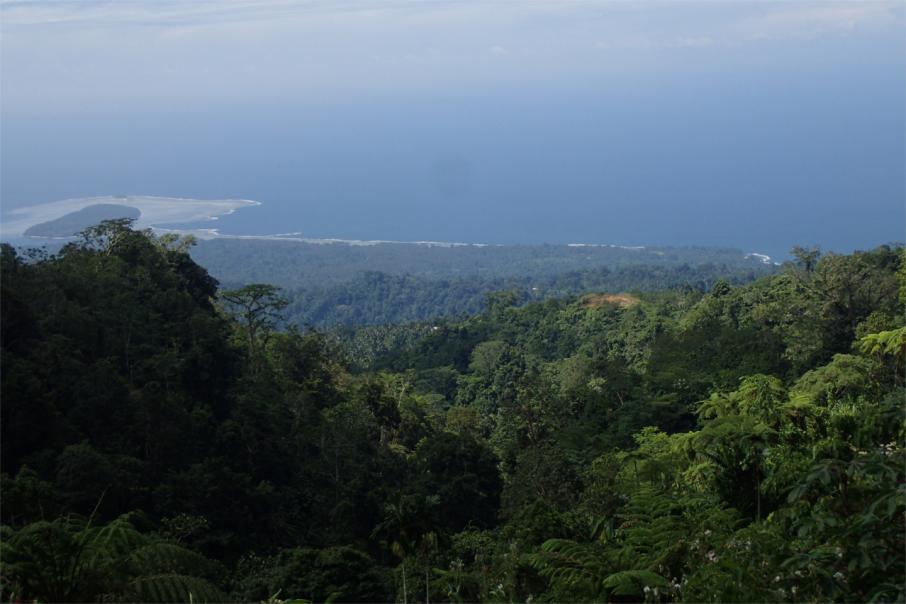 Kalia Limited has been busy doing the geological ground work to systematically unlock the mineral riches on Bougainville Island from early next year. It has now completed a highly anticipated geophysical survey over the Mt Tore JV tenements and commenced data interpretation for the exploration of its porphyry copper-gold assets

The JV area is located at the northern end of Bougainville in Papua New Guinea.

The geophysical survey produced nearly 11,000-line kilometres of data over both of the company’s large exploration licences, which has now been forwarded to Fathom Geophysics for interpretation.

Fathom specialise in exploration beneath cover in epithermal terranes that are prevalent in PNG and the latest exploration activity represents one of the first serious exploration pushes on the mineral rich island for some time, after mining was effectively shut down when the civil war took hold three decades ago.

Kalia Managing Director Terry Larkan said: “The team in Bougainville were very excited to report that, after checking the data quality from the day’s flying, the data collection was complete. The historic value of completing this program will not be lost on those familiar with Bougainville; it was certainly not lost on our geology team …”.

Mr Larkan said the company was excited to see what secrets would be revealed once the data is processed by Fathom this month. Results will be released in January after company geologists have fully analysed and interpreted the processed data.

“In the interim we will continue with the fieldwork at the target areas identified using the results from the previous survey that covered only 20% of the (combined) EL03 and EL04 (areas)”, Mr Larkan added.

The company has a 75% managing interest in the Tore Joint Venture Limited or “TJV” exploration licences on Bougainville.

The prospectivity of Bougainville is well known with the mothballed Panguna Mine, still retaining an amazing 1.8 billion tonne JORC-compliant mineral resource at 0.3% copper and 0.34g/t gold, serving as an indicator of the island’s mineral endowment.

A moratorium on all mining activity has effectively been in place since the Australian Government, which held PNG as a territory at the time, issued exclusive rights to the predecessor entities of what is now Bougainville Copper Limited in the 1960s.

This became a blanket moratorium when mining operations stopped at Panguna in 1989 due to the ongoing Bougainville crisis.

Post the crisis, the Autonomous Bougainville Government or the “ABG” was formed through the UN sponsored peace process of 2004. The Peace Agreement gave the ABG authority for the minerals on the island.

The ABG instituted a complete moratorium on mining activity except for the abandoned Panguna Mine where they converted the Special Mining Licence into an Exploration Licence over that gigantic ore deposit.

The two Kalia-held exploration licences cover an area of just over 1,700 square kilometres and were the first tenements issued to a non-Bougainvillean entity after the lifting of the moratorium on mining activity by the ABG in May last year.

The company is presently the only listed entity actually working with licences issued under the Mining Act 2015 on Bougainville.

The Mining Act 2015 puts the actual mineral rights into the hands of the traditional landowners and requires licence holders to facilitate the formal organisation of the landowners and to negotiate access to the minerals with those same groups – a hurdle that Kalia has already managed to traverse.

Kalia appears to have integrated into the local communities well and its 75/25 JV with local landholders will be held up as the new mining model on Bougainville if Kalia can get its project to fly.

Kalia geologists have provided the TJV with a full technical review of an historical geophysical survey that covered about 40% of its easternmost exploration licence, but none of the westernmost licence.

The TJV has now completed a wider airborne geophysical survey using a helicopter to collect the data, with equipment far more advanced that that used in the original 1989 survey.

The results of this $1 million investment will be available in January next year and will better define the known target areas and are expected to identify additional targets within regions of the licence area not previously surveyed.

Some small-scale reconnaissance exploration mapping and surface sampling has been undertaken by Kalia over the exposed geology and assay results have largely corroborated the historical results.

The limited work has supported the historical conclusion that there is gold and copper mineralisation in epithermal settings in the exploration licences.

Field checking has also identified two new areas that were not identified in the historical data and these will require additional work to advance them towards being potential future drilling targets.

At the Teoveane prospect, potassic alteration on a volcanic intrusive rock was sampled and rock chip sample assays from the outcrop returned a very encouraging result of 6.37 g/t gold and 0.45% copper.

In addition, field exploration extended up a side stream to the north of this first outcrop where 1.1km away, another similar altered volcanic outcrop was sampled, generating a gold grade of 0.94g/t and copper grade of 0.06%.

These two areas at the Teoveane prospect are in addition to the four potential copper-gold porphyry systems and at least one intact epithermal target, identified through historical investigations.

The mineralisation noted at the historical targets is yet to be verified by field work, however ground access has now been granted to some of these targets and access is expected to others shortly.

With a solid foundation now established in the community and the landowner base, Kalia, through the TJV, is poised to start delivering regular assay results from exploration field work now.

This includes the potential announcement of additional targets from interpretation of the detailed geophysical data, which will hopefully progress rapidly to define drill targets that will unlock the mineral potential of Bougainville that has been hidden away for so long.

Kalia is building up a plethora of new geological data on Bougainville that could throw up a treasure trove of exploratory targets over its large land holding on the island.

That this mineral rich province has been off the radar for nearly three decades makes the company’s activities quite exciting and something of a frontier exploration play, where anything could be unearthed.